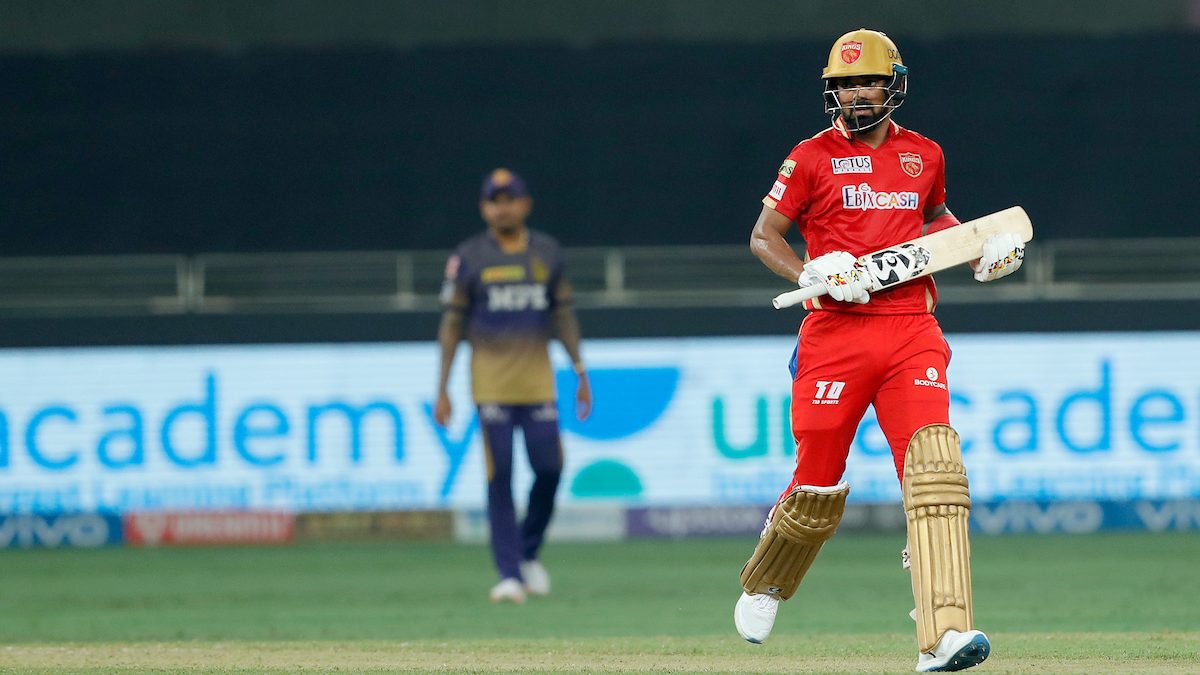 Punjab Kings beat Kolkata Knight Riders in a nail-biting finish in Dubai during an IPL 2021 league match. KKR made 165 batting first on a sluggish surface, but Punjab chased down the total with three balls to spare and with five wickets in hand. This was Punjab’s fifth win in 12 matches, which now put them just behind KKR at the fifth place on the points table. 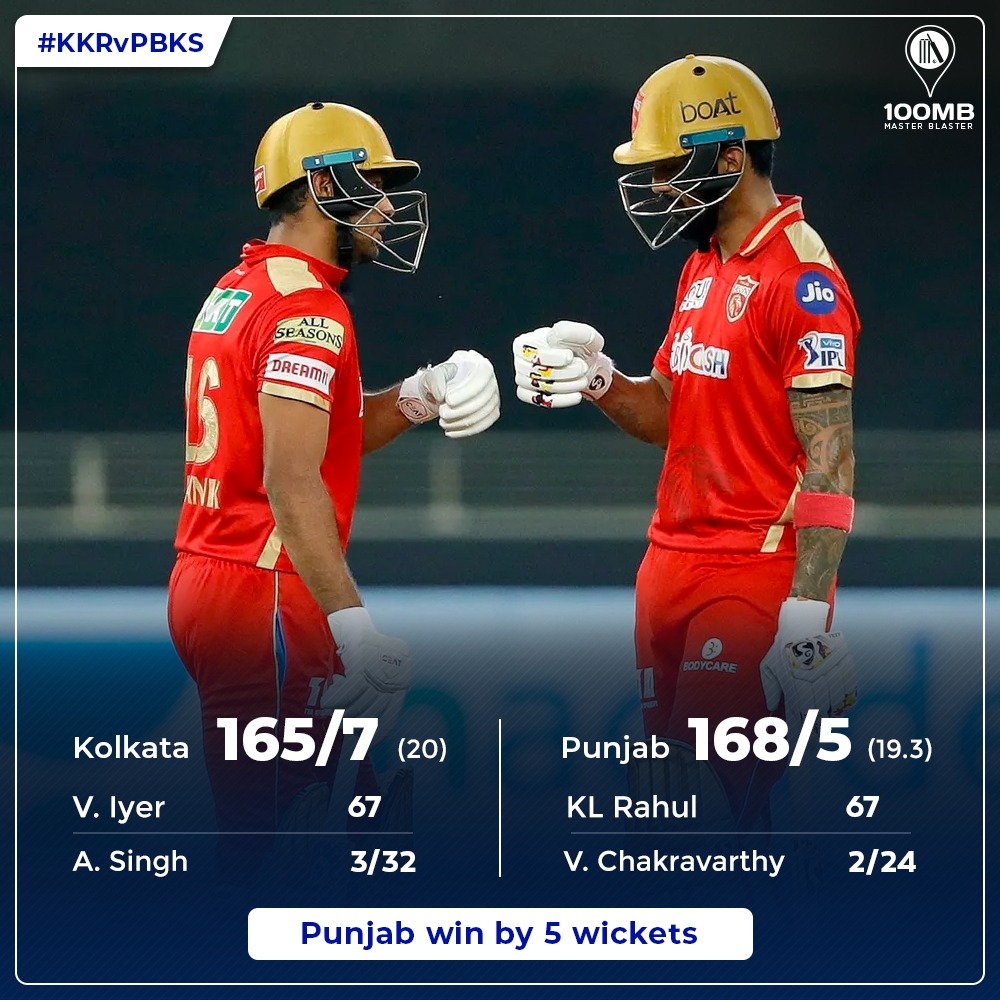 Earlier in the evening, KL Rahul won the toss and elected to bowl first. Shubman Gill lost his wicket early, but his opening partner Venkatesh Iyer continued his good form. Rahul Tripathi scored 34 runs from 26 balls while Iyer made his 2nd IPL fifty. He eventually fell for 67 runs from 49 balls, which set a good platform for KKR. Nitish Rana’s 18-ball 31 was helpful in the end for KKR to finish on 165 for 7.

Punjab bowled fairly for most of the innings, but their death bowling might’ve cut at least 10 runs off Kolkata’s total. Arshdeep Singh picked up three, Ravi Bishnoi got two while Mohammed Shami took a lone wicket in an economical spell.

Punjab’s openers KL Rahul and Mayank Agarwal once again were successful in giving their side a good start. Their stand of 70 runs from 8.5 overs put Punjab in the box seat. Agarwal got out eventually for 40 runs from 27 balls. Rahul carried on as saw Nicholas Pooran and Aiden Markram come and go making 12 and 18 respectively.

But Rahul played a captain’s knock making sure there were no hiccups in the run chase. He ended up taking his side right to the victory. But, it was a cameo of 22 runs from nine balls from Shahrukh Khan which got Punjab the win in the end. 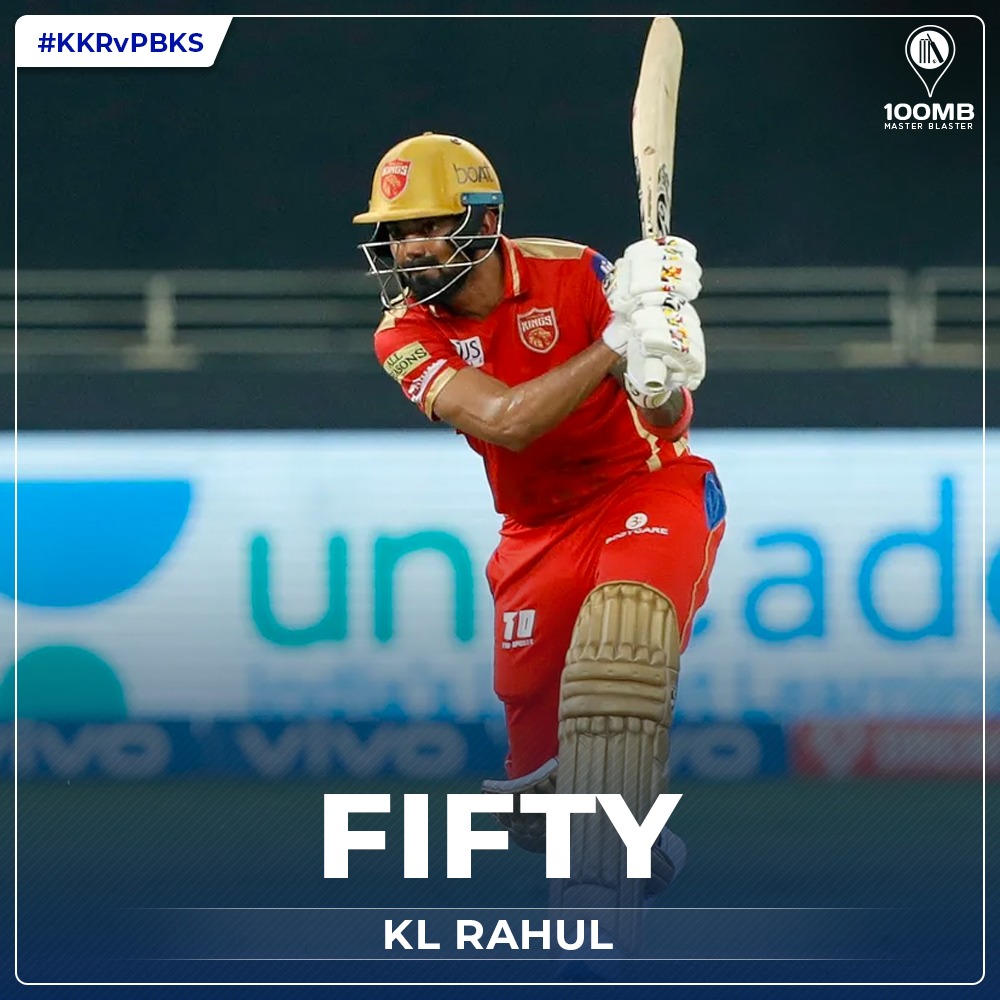 Punjab’s middle order issues are quite known to the world by now. Rahul stepped up and decided to bat till the end. He was in control through the innings scoring 67 runs from 55 balls, but unfortunately got out in the last over.

Varun Chakravarthy: The mystery spinner came to the party for Kolkata Knight Riders. He bowled four overs and got two important wickets. While Punjab’s batters attacked everyone else, Chakravarthy gave only 24 runs. He dismissed Agarwal and Pooran.

Kolkata will now play against Hyderabad on October 3 while on the same day, Punjab will face Bangalore.