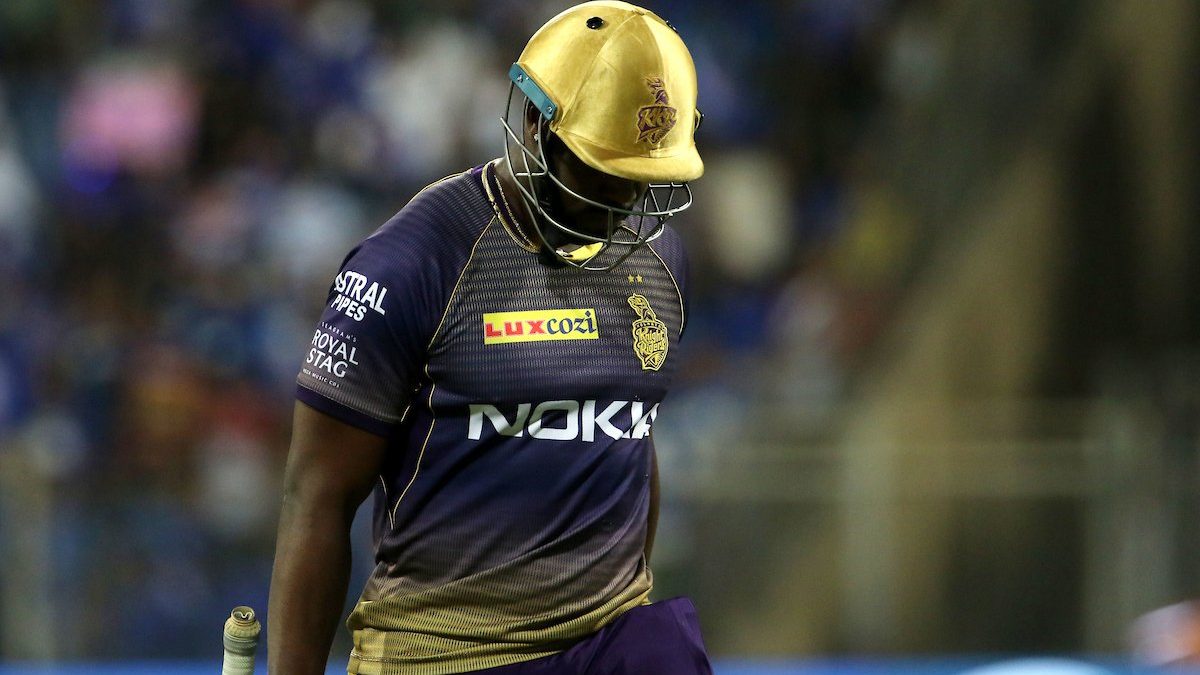 Kolkata Knight Riders (KKR) lost to Chennai Super Kings (CSK) off the last ball on Sunday in Abu Dhabi. It was a thrilling encounter as Eoin Morgan‘s men somehow took the game down the wire to eventually go down fighting. While defending 171, they kept a lid of CSK’s run-scoring thanks to their spinners but didn’t have one of their best bowlers Andre Russell to bowl in the death overs.

The all-rounder got injured while fielding at the boundary in the 17th over. The ball was travelling and Russell ran well to get to the ball and threw it in a jiffy. In the process, he sustained the hamstring injury and soon after throwing, he went out of the boundary line grimacing in pain.

Russell had bowled three overs until then for 28 runs and had picked a wicket of Ruturaj Gaikwad. But he wasn’t seen on the field after the incident and Morgan had to turn to Prasidh Krishna for the 19th over when the match turned on its head. Talking about the all-rounder’s injury, KKR mentor David Hussey confirmed that Andre Russell has a hamstring niggle and the medical staff is looking after him.

Hussey also stated that it is too early to tell if the Caribbean will be available to play the next match against Delhi Capitals. “It’s still too early to tell. He said he felt something pop in his leg, his hamstring. We’ve got the best medical staff in the business so they’ll tend to him and hopefully it’s nothing too serious, because he’s a key part of our team. He’s been playing very very nicely with the bat, the ball, and in the field. So hopefully nothing too serious and he can come back and light the competition up like we know Andre Russell can do,” Hussey said in the post-match presser.

He was probably going to bowl 19th over, says Hussey

David Hussey also spilt beans on Krishna bowling the 19th over when the game went away from KKR. Ravindra Jadeja eked out 22 runs from the over with two sixes and as many fours. Though David Hussey didn’t clearly mention that Krishna wasn’t the first choice, he did hint that had Andre Russell been fit, he might have bowled the penultimate over.

“Of course when Andre went off the park he had one over to go. Was he gonna bowl? No one really knows. He bowled particularly well up front, so he probably was going to bowl the 19th over,” the KKR mentor added.