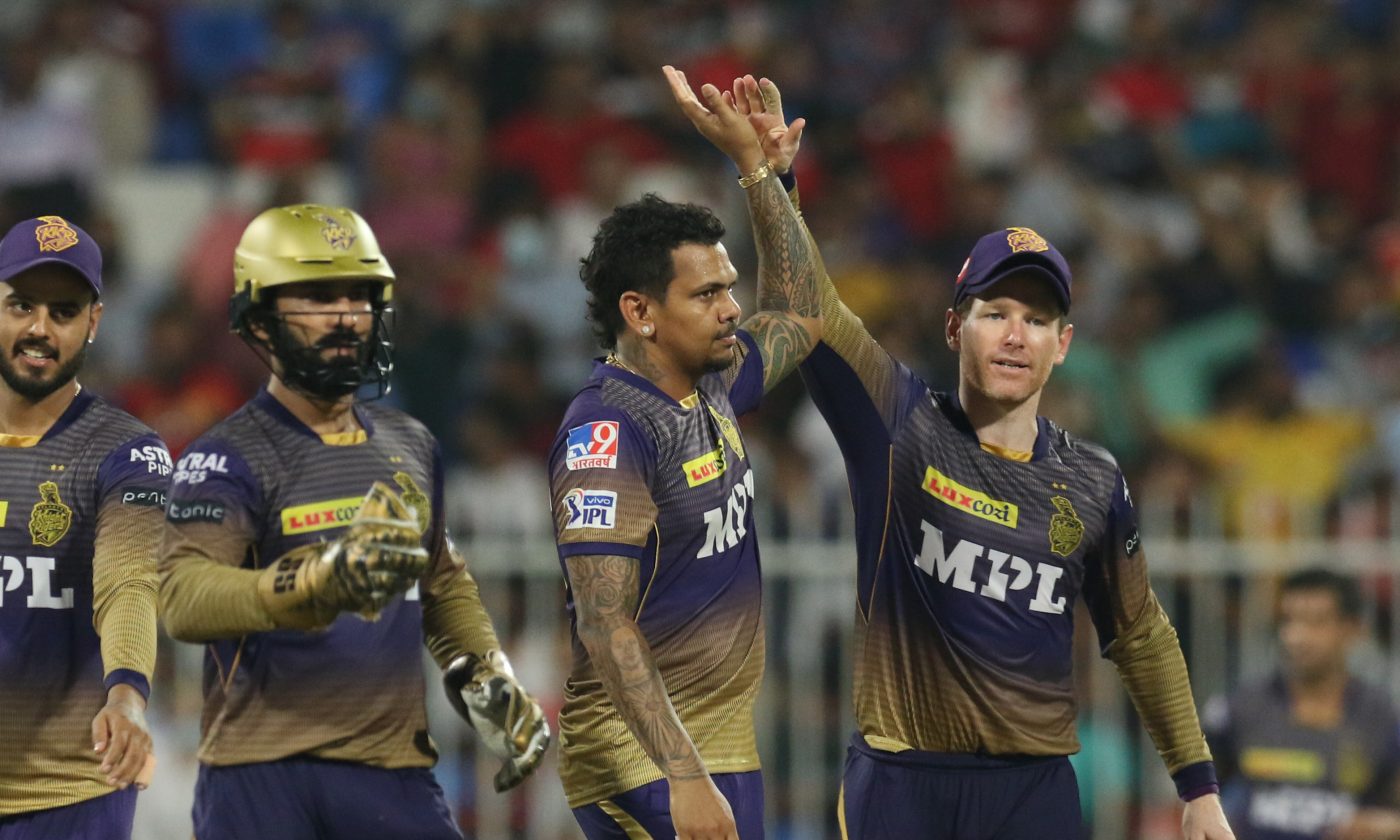 Kolkata Knight Riders played out of their skins and beat third-placed Royal Challengers Bangalore to enter Qualifier 2 of IPL 2021. With this 4-wicket loss, it’s the end of the road for Virat Kohli’s RCB in this season. 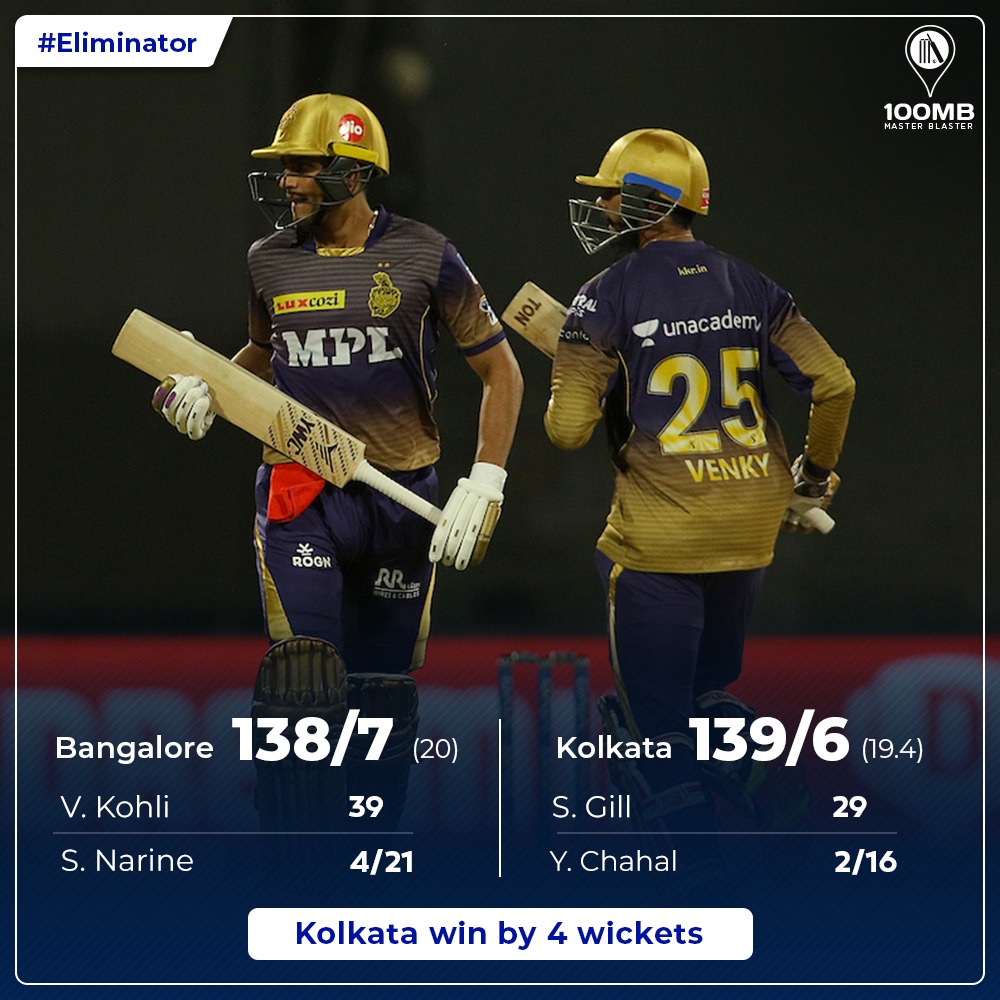 Earlier in the evening, Kohli won the toss and elected to bat first on what looked like a good batting pitch. Both Kohli and Devdutt Padikkal put up an opening stand of 49 runs in just 5.1 overs. However, the duo failed to accelerate in time and Padikkal eventually chopped on to the stumps.

Led by the ever-present Sunil Narine,KKR’s bowling unit trapped the RCB batsmen and stopped the run flow. Narine bagged 4 wickets, including key scalps of Kohli, AB de Villiers and Glenn Maxwell. Lockie Ferguson played the perfect supporting role, picked up two wickets. Not a single six was hit in the entire 1st innings, and RCB ended up with a paltry total of 138/7 in 20 overs.

Narine shines with the bat, too!

KKR’s chase was given a flying start by their openers, Shubman Gill and Venkatesh Iyer – who put up 41 runs together. RCB’s Mr. Dependable, Harshal Patel soon got into the act, dismissing both the openers. From the other end, go-to spinner Yuzvendra Chahal chipped with a couple of wickets to derail KKR’s middle order and stall their chase. At one point, it looked like RCB were crawling back into the game.

But once again, it was Narine who came to the team’s rescue, this time with the bat. His 15-ball 26 included three sixes and changed the momentum completely in Kolkata’s favour. By the time Shakib Al Hasan and captain Eoin Morgan were at the crease, KKR were well within reach of the target.

Sunil Narine: Through thick and thin, KKR stuck with the West Indian spinner and he has responded with big match performances every year. Today, he bowled a magnificent spell breaking the backbone of RCB’s batting line-up. He later came in to smash boundaries at a much important time to bring his team back in the run-chase. 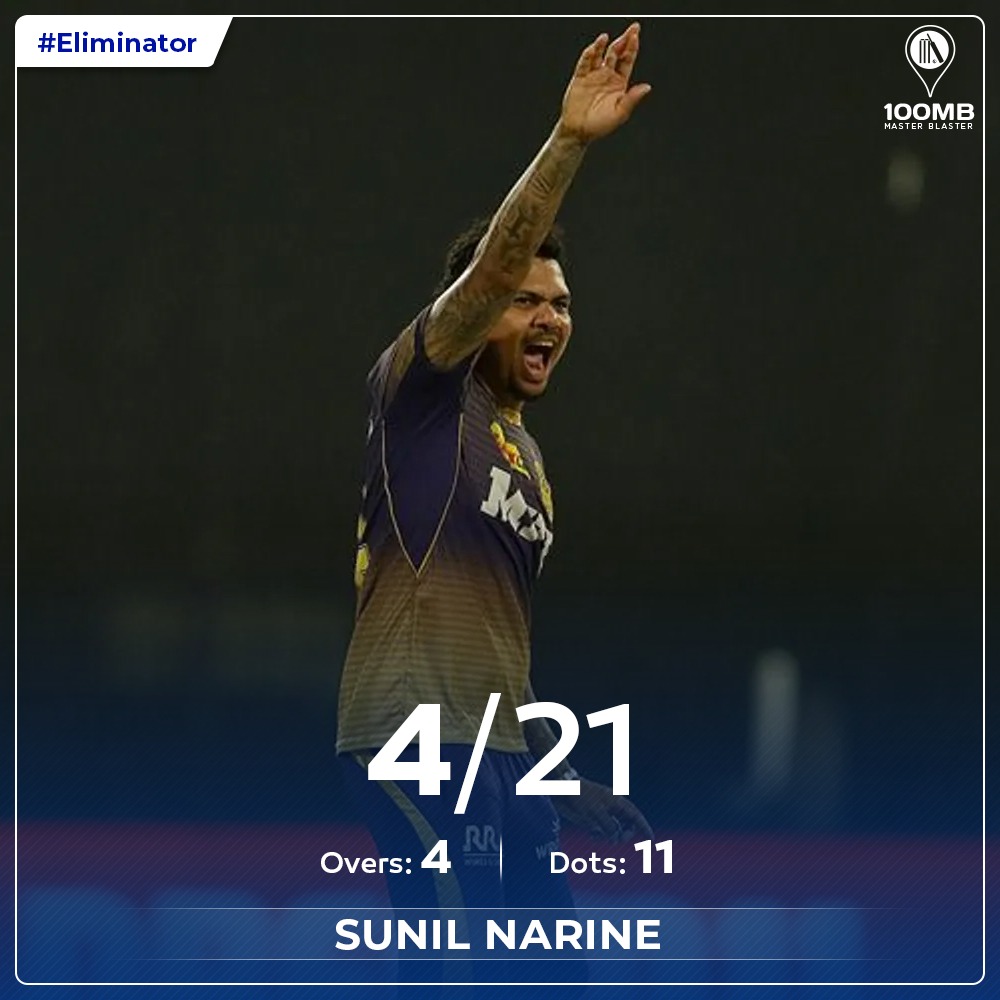 Shubman Gill: The right-handed batter has got crucial runs in the last few matches. Through him, KKR have been getting good starts and today was another day. He scored 29 runs from 18 balls with four fours and that was the highest score in the KKR run-chase.

As a result of this match, KKR will face Delhi Capitals on 13 October in Qualifier 2, while RCB will finish this year as the fourth-placed team.