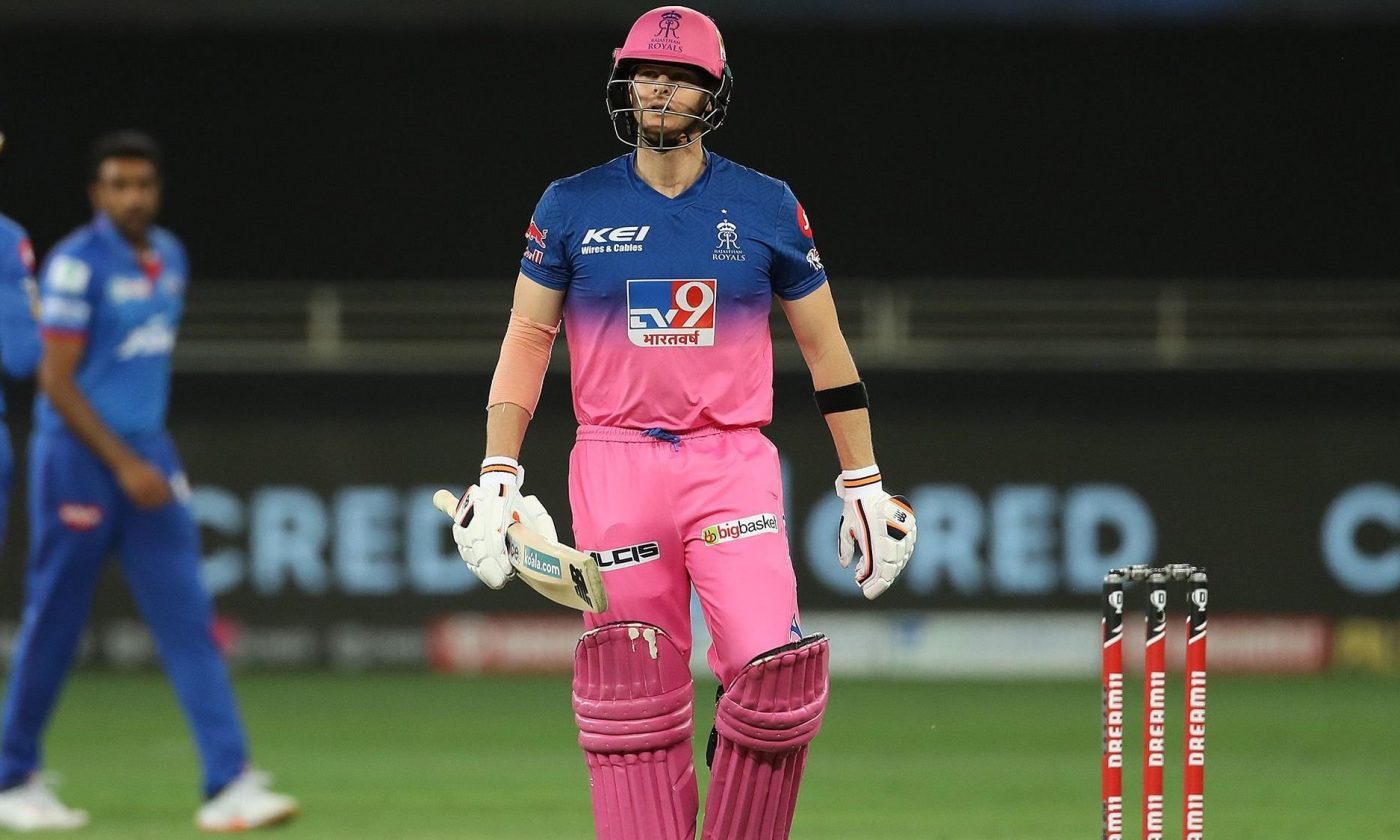 Australian batting mainstay Steve Smith has hinted that he might not take part in the second half of the 14th IPL edition that is slated to be held in the months of October and November this year. Smith further revealed that being fit for The Ashes is his primary goal for 2021.

Smith opened up and stated that he was not feeling hundred percent fit during the first half of the IPL, and had to take painkillers and anti-inflammatories every time he took guard.

Smith added that even though he would love to be a part of the T20 World Cup this year, Test cricket is his main goal. The batting gladiator concluded by stating that he wants to once again emulate his performances from the past with the willow in the upcoming Ashes series.

“I still wasn’t quite 100 percent (during the IPL), it was still bothering me a bit, and I was playing over there medicated – taking some painkillers and anti-inflammatories every time I batted.

I’d love to be part of the World Cup, for sure, but from my point of view, Test cricket, that’s my main goal – to be right for the Ashes and try to emulate what I’ve done in the last few Ashes series I’ve been involved in,” said Smith as quoted by Cricket.com.au.

Steve Smith produced an ordinary performance with the willow in the first half of IPL 2021. He played 5 innings in the tournament and could only muster 104 runs at an average of 26.00. His strike rate too was pretty ordinary at 111.83.

The Delhi Capitals, however, produced an excellent performance in the first half of the IPL. Led by the mercurial Rishabh Pant, the Delhi outfit won 6 out of the 8 matches that they played and were placed at first place in the points table when the IPL was suspended.

Delhi Capitals’ opening batsman Shikhar Dhawan was the owner of the Orange Cap at the time of suspension and had aggregated 380 runs in 8 innings at an average of 54.29 and a strike rate of 134.28.

I regret not concentrating on my batting in the IPL: Dale Steyn