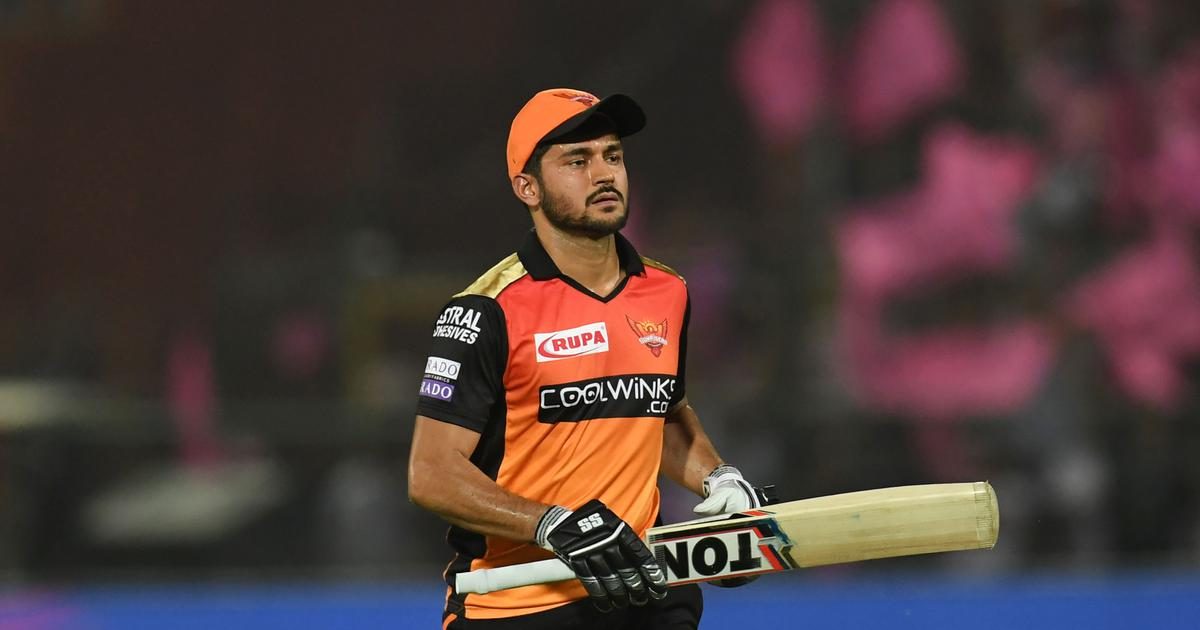 The conclusion of the third match of the 14th edition of the Indian Premier League (IPL) between Sunrisers Hyderabad and Kolkata Knight Riders in Chennai saw Manish Pandey getting subjected to hate and criticism for his knock of not out 61 runs off 44 deliveries. Chasing a massive total of 188 runs posted by KKR, SRH had a torrid start as they lost both their opening batsmen, David Warner and Wriddhiman Saha in just three overs.

However, Jonny Bairstow and Manish Pandey stitched a match-defining partnership of 92 runs to keep the Orange Army alive in the chase. But the dismissal of Bairstow in the 13th over initiated a collapse of the batting line-up as Mohammed Nabi and Vijay Shankar failed to live up to their reputation and departed after scoring 14 and 11 runs respectively.

Thus, Hyderabad had a lot of hopes from Manish Pandey, who held his fort at one end. However, the fans and the players were left disappointed as in the death overs, Pandey failed to hit a single six apart from the one that he smashed off Andre Russell on the last ball of the innings. For his inability to switch gears towards the end, Pandey was massively criticized on social media.

Former Indian opening batsman Virender Sehwag opined on Manish Pandey’s slow innings saying that the 2016-champions would have easily won the game if the right-hander would have taken the initiative of smashing a few boundaries in the end. However, Sehwag also defended the 31-year-old saying that there are times when the batsman fail to hit the opposition bowlers even after getting settled on the pitch as he didn’t get any ball in the slot.

“Pandey couldn’t hit a boundary in the last three overs he batted against KKR. That lone six came off the last ball when the match was over. He had an important role to play. He already had faced the pressure and was set. Had he taken the initiative to smash a few boundaries, SRH wouldn’t have lost the game by 10 runs.

“It happens sometimes that you are a set batsman but you don’t get the balls to hit. I think the same thing had happened with Manish Pandey. He didn’t get any ball in his radar and hence, he couldn’t hit a six,” Virender Sehwag told Cricbuzz.

Interestingly, it was Sehwag who had taken an indirect dig at the cricketer on social media saying that the teams won’t win in IPL if their batsmen do stat-padding.