IPL 2020: Varun Chakravarthy sports a tattoo of this Tamil superstar 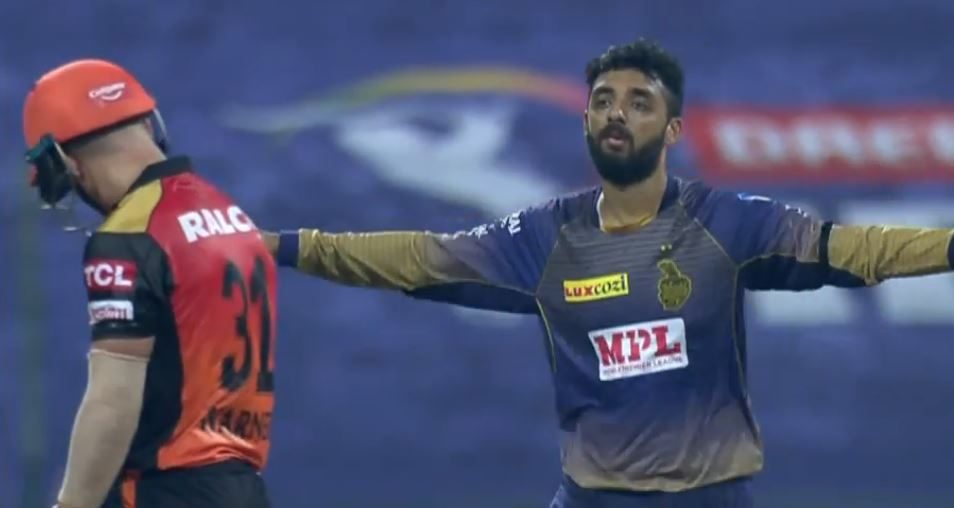 In what looks like a see-saw IPL 2020 campaign for the Kolkata Knight Riders, spin bowler Varun Chakravarthy is shining with his inch-perfect bowling. He has picked seven wickets in nine matches played so far and has maintained a decent economy. Varun has had a rollercoaster ride in the world of cricket as he was rejected quite a few times in age-group cricket before finally getting a breakthrough. After a series of failures, he pursued a degree in Architecture.

Varun finally got a chance in IPL 2019 to represent Kings XI Punjab where he was snapped by the franchise at a whopping amount of INR 8.4 crore. However, his fate had other plans in store. He played a solitary match and was sidelined for the rest of the tournament after fracturing his finger. In the latest turn of events, the ‘mystery spinner’ got his lucky chance as he was picked by KKR for IPL 2020 at a handsome price once again.

A few days back, the Kolkata franchise shared some pictures of training sessions of players. The post displayed some candid clips of the cricketer where even Chakravarthy was seen giving a great smile but something else caught the attention of netizens. It was a tattoo of Tamil superstar Thalapathy Vijay. Vijay is a big name in Tamil cinema and stands to be the highest-paid actor in the region. He is an actor, dancer, playback singer and an active social worker. Varun seems to be a big fan of the famous actor much like many people back in his town.

Talking about Varun’s career in the domestic circuit, he made his List A debut in the 2018-19 season of the Vijay Hazare Trophy. He was the highest wicket-taker of his side by bagging 22 scalps to his name in nine matches. Post this success, the star leg-spinner made his debut for Tamil Nadu in the 2018-19 Ranji Trophy. His journey kept moving before he grabbed absolute fame in the 2018 Tamil Nadu Premier League.

While plying his trade for Madurai Panthers in the same season, he stunned batsmen big time. He bowled a total of 40 overs in the season, of which 125 were dot balls. He maintained a splendid economy of 4.74, which was best among the bowlers who bowled over 15 overs in the league. His spectacular performance led his side to clinch their maiden TNPL trophy.