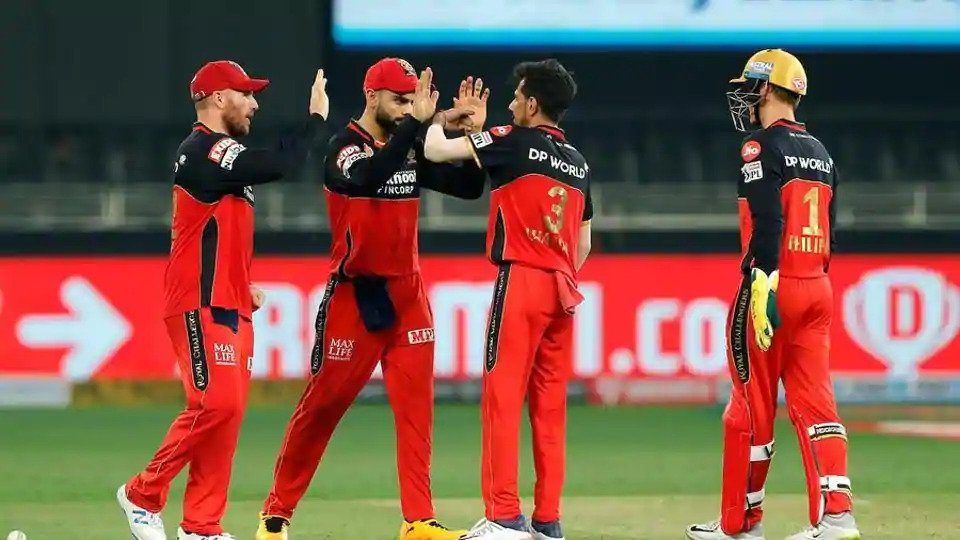 The Royal Challengers Bangalore have begun their IPL 2020 campaign on a high beating Sunrisers Hyderabad by 10 runs. After losing the toss, Devdutt Padikkal and Aaron Finch gave them a solid start with the former scoring a fine half-century on his IPL debut. AB de Villiers then finished things off well with a 30-ball 51 which propelled RCB to 163/5 in their 20 overs.

The chase looked straightforward for SRH when they were 121/2 in the 16th over with Jonny Bairstow going strong at 61. But Yuzvendra Chahal cast a magical spell to turn the game around and the SRH middle order collapsed under pressure. They lost 8 wickets for just 32 runs in 26 balls to get bowled out for 153 in the final over as RCB registered an important win.

It was Chahal who turned the game with the ball. The duo of Manish Pandey and Jonny Bairstow were going well when he was introduced into the attack. He bowled superbly and kept both the batsmen at bay building dot balls. Pandey succumbed to the pressure holing out in the deep after which the leggie castled Bairstow and Vijay Shankar off consecutive deliveries to leave SRH gasping. Chahal’s figures of 3/18 in four overs were definitely game-changing.

After winning their opening game, RCB will now face the Kings XI Punjab on September 24 in Dubai and will be keen on continuing their winning run. Meanwhile, SRH will lock horns against the Kolkata Knight Riders on September 26.

First hat-tricks in all three formats of international cricket