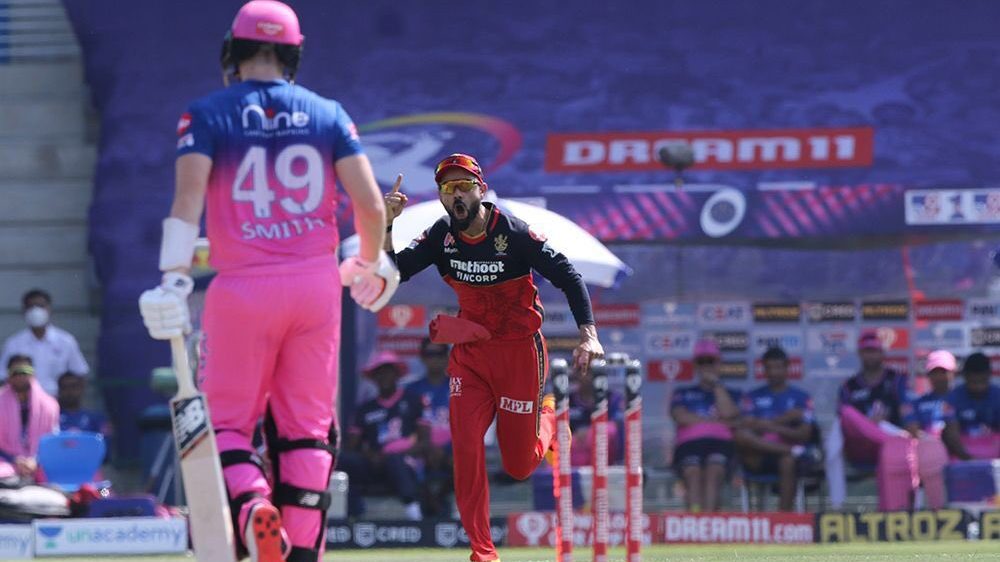 Steve Smith’s Rajasthan Royals and Virat Kohli’s Royal Challengers Bangalore will take on each other at the Dubai International Stadium in Match 33 of IPL 2020. RCB is placed 3rd in the points table, while RR is at number 7. Both the teams have lost their previous matches against Delhi Capitals and Kings XI Punjab respectively. They would be looking to get back to winning ways again, especially RR who desperately need to win.

Rajasthan Royals have lost their way in the tournament, considering they had won their first two games. Their middle-order continues to disappoint. Steve Smith and Sanju Samson have not fired since the initial outburst in the Sharjah matches. Royal Challengers Bangalore, on the other hand, have had a pretty good run so far. However, their middle-overs batting has become a concern. They have the lowest strike rate (112) among all teams this season in Overs 7-15, which goes to show that they tend to slow down after a good start in the Powerplay.

Virat Kohli needs to hit 3 sixes to reach the 200 sixes mark in the IPL, will be the 5th player to do so.

With 5 more sixes, Jos Buttler will complete 50 sixes for RR in the IPL.

AB de Villiers has 7 fifties against RR in the IPL, most by a player in the IPL.

Steve Smith’s decision to send his best batsmen in the top 4 has kind of backfired against them. Robin Uthappa has to bat out of his position, as a result of which he is unable to perform to his potential. Although RR can take positives from the fact that their bowling has started to come off well. Smith needs to back his players and give them defined roles.

Captain Kohli baffled many with his decision to hold back star-batsman AB de Villiers in the game against Punjab at Sharjah. He explained his thinking behind the decision, saying that they wanted to maintain the left-right combination while batting to unsettle the spinners. His bowling changes also left many surprised. RCB need to maintain their consistency and not tinker around much with the winning formula.