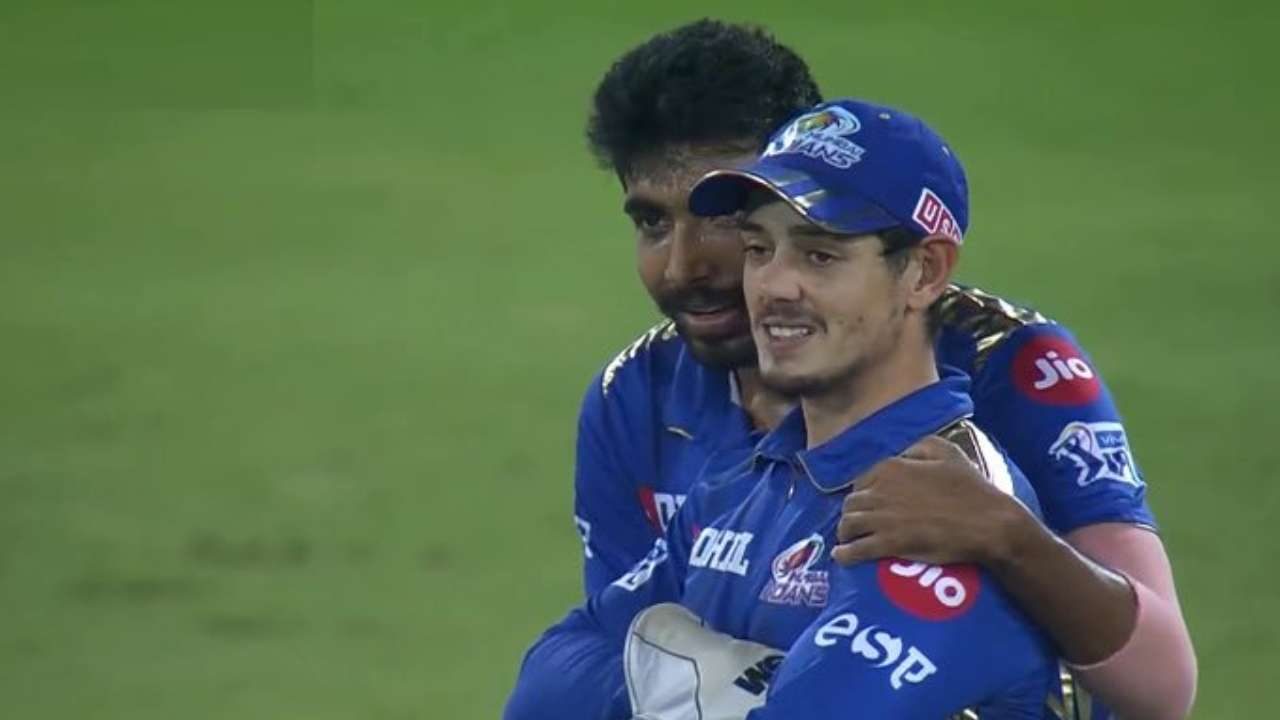 The juggernaut of the Mumbai Indians continues in IPL 2020. They literally didn’t break a sweat to beat their favourite opponents, the Kolkata Knight Riders. It turned out to be their 21st win over them in 27 matches. Quinton de Kock was the star of the chase, scoring his third fifty of the season.

Earlier, KKR won the toss and opted to bat first. But nothing went to plan as the Mumbai bowlers struck at regular intervals. At 61/5, they looked down and out only for Pat Cummins and newly-appointed captain Eoin Morgan to string a partnership. The duo played patiently and attacked in the last two overs to add 35 runs to the total. Their assault helped KKR post 148 runs on the board. Cummins remained unbeaten on 53 while Morgan scored a vital 39*.

However, their efforts weren’t enough at all with Rohit Sharma and Quinton de Kock making light work of the chase. Once their partnership flourished, there was nothing much left in the game for KKR. De Kock slammed an unbeaten 78 and MI reached home in the 17th over with eight wickets in hand.

Rahul Chahar’s double-wicket over: Rahul Chahar has been bowling extremely well this season without much credit. Once again, he proved his mettle on the day keeping a lid on KKR’s score. Rather the 8th over of the innings was the reason KKR could never up the ante. Chahar got two crucial wickets of Shubman Gill and Dinesh Karthik off consecutive deliveries and KKR could never make a comeback into the game.

MI openers’ stand: Rohit Sharma and Quinton De Kock had the responsibility of getting the team off to a good start in a tricky chase. And the duo made sure that they stepped up to the task. With the possibility of the pitch slowing down after the Powerplay, they took the attack to KKR bowlers from the word go. There was no respite for them even as De Kock opened up, with the 94-run stand in less than 11 overs not giving any chance to KKR to defend the total.

Both teams will be in action this weekend with KKR facing SRH on Sunday afternoon while MI will lock horns with the rejuvenated Kings XI Punjab on Sunday evening in Dubai.