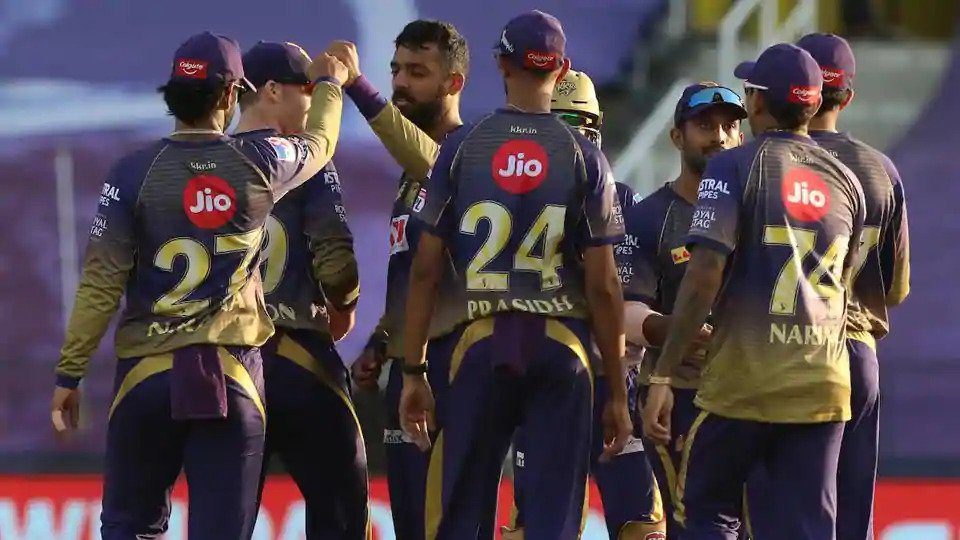 The Kolkata Knight Riders got back on track with a brilliant win over the Delhi Capitals on Saturday (October 24). With a 59-run victory, they have now strengthened their place in the fourth position on the points table.

After being invited to bat first, KKR’s top order was once again dismissed early and they were reeling at 42/3 in the 8th over. But Nitish Rana and Sunil Narine launched a brilliant counter-attack to shock the Capitals. Rana slammed 81 runs off 53 balls with 13 fours and a six. On the other hand, Narine, who started attacking the bowlers, scored 64 off just 32 balls with 6 fours and four sixes to propel the team’s score. Eoin Morgan also hit a couple of lusty blows in the death overs as KKR ended up with 194/6 in their 20 overs.

DC were never in the chase after losing their openers early. Ajinkya Rahane bagged a golden duck while the in-form Shikhar Dhawan also got out with only 13 runs on the board thanks to Pat Cummins. Shreyas Iyer and Rishabh Pant then added 63 runs together but the partnership had no pace and the latter eventually succumbed to the pressure.

Varun Chakravarthy bowled superbly, inducing false shots from the batsmen and returned with magical figures of 5/20 in his four overs. Cummins also picked up three wickets as KKR restricted DC for just 135 runs in their 20 overs to register a big win.

Rana-Narine partnership – Sunil Narine and Nitish Rana came together with the team in tatters. Little did DC know what was going to follow. Playing after a gap of a few days, Narine launched an assault on the spinners, especially Ravi Ashwin, and also took the toll of Tushar Deshpande’s bowling. Rana also rubbed shoulders with him and began playing his strokes. The partnership surprised the Capitals as they had no answers to it. In only 9.2 overs, the duo added 115 runs for the fourth wicket and it turned out to be match-winning.

KKR will now face the Kings XI Punjab on Monday in Sharjah while DC will lock horns with the David Warner-led SRH on Tuesday in Dubai.