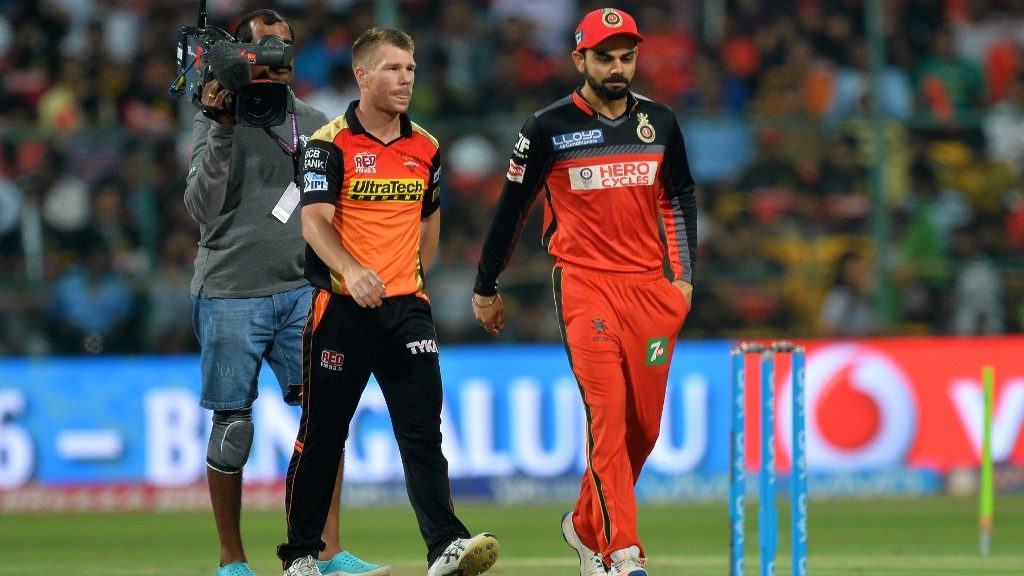 The famous rivalry between RCB and SRH would be underway this Monday. RCB would be looking to carry forward from the last game of the 2019 season where they defeated the Orange Army. SRH, on the other hand, would want to go about their business like the first game last year.

Both SRH and RCB won only 2 out of the 5 games they last played in the UAE. The likes of Virat Kohli and AB de Villiers will be in action after a long gap while David Warner will be keen to shrug off his poor run from England tour

If RCB win, this will be Virat Kohli’s 50th IPL victory as a captain.

Bangalore roped in Adam Zampa as a replacement for Kane Richardson, who pulled out of the tournament citing personal reasons. Aaron Finch, Moeen Ali, Josh Phillipe, and Adam Zampa shall be available to play post their 36-hour quarantine period, after returning from the Australia-England series in the UK. The team has been proactive on social media, keeping the fans updated about the team activities.

SRH would be breathing a sigh of relief with the relaxed quarantine rules. That would mean David Warner and Jonny Bairstow will start for the Orange Army. They would be looking to solve the conundrum of whether to start with Mohammad Nabi or Kane Williamson, with the pitches being suitable for both the players. SRH would be expecting Warner to carry his form from last season.