IPL 2019: Key talking points as RR succumb to a heavy defeat against KKR 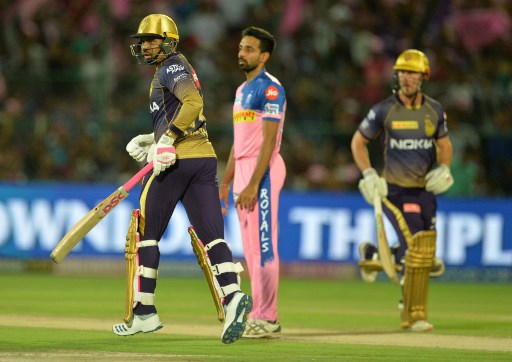 Kolkata Knight Riders continued their hot streak away on the road, sealing a comprehensive victory against Rajasthan Royals in Jaipur. The pitch at the Sawai Mansingh Stadium was slow and not easy to bat on and many believed that the target of 140 which RR for KKR to chase would be a competitive one in nature. But KKR’s openers got them off to a flying start annihilating the RR bowlers which finished off the contest. The 8-wicket victory propelled the franchise from Kolkata to the top of the table and as the IPL approaches the middle stage of the tournament, they look well set-up to qualify for the playoffs.

Here we look at the key talking points from the match:

Rajasthan Royals lacked the clear strategy when they were put in to bat first after losing the toss. Yes, the pitch was difficult to bat on and the KKR bowlers bowled exceptionally well. But the Royals were bogged down by a negative mindset and it seemed that they were afraid to take any risks, scarred by the number of losses which they have endured this season. More than the lack of runs which they put up on the board, the team management will be more concerned with the lack of intent which the batting order showed. The only positive point from this performance for RR would be that Steve Smith got a decent hit out in the middle and seems to be back in form.

Kolkata have one of the most devastating opening pairs in the tournament. Both Sunil Narine and Chris Lynn are destructive batsmen and can take the game away from the opposition on a good day. Kolkata despite clicking as a unit at various points in their tournament, had failed to get big contributions out of their openers so far in the tournament. The match against Rajasthan Royals changed all that. Both Lynn and Narine looked in good form, making a mockery of the Rajasthan bowling unit. They took the match away from the opposition before they had settled into any kind of rhythm, obliterating everyone. By the time they were sent back to the pavilion, the match was as good as done.

Playing his first match in the tournament, veteran English pacer Harry Gurney certainly made a big impression. The slow pitch at the Sawai Mansingh Stadium was the perfect set-up for the left-arm seamer, who prides himself on his variations and slower deliveries. He picked up 2 crucial wickets of Jos Buttler and Rahul Tripathi, which meant that Rajasthan could never find any momentum in their batting. It now remains to be seen whether Gurney’s variations are as effective on pitches which will be more conducive to batting. If Gurney continues with such performances, KKR will have a highly effective strike bowler in the middle overs of the innings. 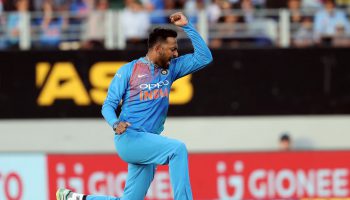