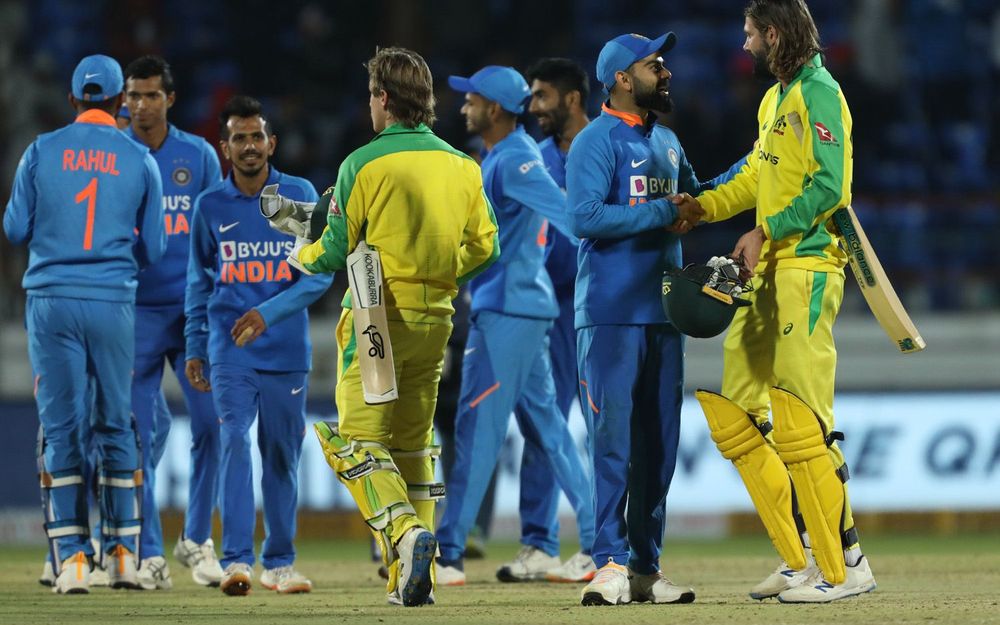 Hosts India mounted a brilliant fightback against Australia in the second ODI at Rajkot, levelling up the series 1-1. The stakes are at an all-time high as two world-class sides now arrive in Bangalore with a small matter of a series decider to settle upon. With some explosive match-winners in both sides, the contest promises to be one for the ages.

The pitch at the historic venue has always been a high-scoring one, with stroke-makers often enjoying a run-feast. Chances of rain are negligible with a maximum temperature of 29 degrees, making it a perfect day for cricket.

India: The Indian team finally got their combination spot-on for the encounter in Rajkot. There was a good balance in the side, with KL Rahul playing the role of a finisher to perfection. There was some cause for concern with Shikhar Dhawan facing an injury scare while batting against Pat Cummins. But all indications point towards him being fit for the final ODI. His fellow opener Rohit Sharma also injured himself while fielding. The BCCI though has released a statement claiming that the pair are progressing well in their recovery, alleviating a lot of fears. With the morale high, the team management is unlikely to tinker with a winning combination.

Australia: The visitors will have some serious decisions to ponder upon in order to clinch the series. Apart from their top-4, the lower middle-order seems thin on paper, in case the situation for a big run-chase arises. They have the option of bringing in Peter Handscomb and D’Arcy Short, but Ashton Turner is likely to be persisted with. Kane Richardson may be the unlucky one to miss out, in order to bring in Josh Hazlewood who could add a cutting edge to the attack.