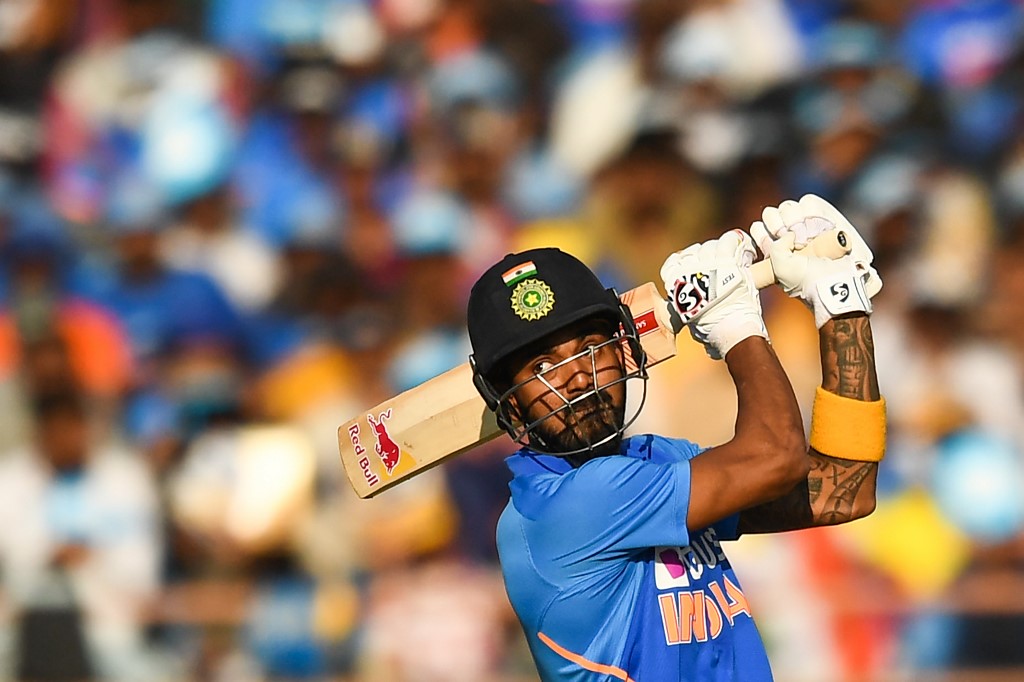 After a dismal performance in the series opener, India needed to pull up their socks to stay alive in the series against Australia. In Rajkot, they did exactly that as an excellent overall team performance allowed them to overcome the mighty visitors. A proactive performance first with the bat was followed up by some fiery and disciplined spells from the bowlers. This allowed them to inflict a run 36 run loss on the visitors, levelling up the series 1-1. The nerve-racking decider will now be played in Bangalore on 19th January.

Dhawan, Kohli set the platform for a massive score

With a solid opening stand of 81, Rohit Sharma and Shikhar Dhawan were all set to tee off in order to take things into the next gear. But Adam Zampa struck, to trap Rohit Sharma plum in front of the wicket on 42. This was Zampa’s 15th scalp on Indian soil, making him the most successful foreign bowler in the process. But skipper Virat Kohli then walked in and ensured that there was no let-down in the intensity of the innings. The two Delhi batsmen perfectly complemented each other, rotating the strike at will while continuing to punish the bad deliveries. Their 103-run stand was finally broken when Dhawan perished on 96, going for glory to reach his century. But with the score at 184-2 in 28.4 overs, the stage was set for the Indian middle order to launch an all-out assault.

Rahul does his namesake proud

Indian legend Rahul Dravid was renowned for sacrificing himself for the greater good of the team. Now, KL Rahul is making his namesake proud by adapting to different roles and performing exceedingly well. The opener batted at No.3 in the first match and was tasked with the dual role of being the finisher and keeper batting at No.5 in Rajkot. Again, he showed extreme versatility, playing the role of the aggressor, allowing skipper Kohli to concentrate on his natural game. When Kohli perished on 78, he notched up a gear, as the hosts were looking for some quick runs. His knock of 80 in only 52 deliveries eventually proved to be the difference between the two sides, as India reached a score of 340-6 in their 50 overs.

Chasing a big score, the onus was again on the Australian openers to get the team off to a flying start. But it was not their day in Rajkot as Warner (15) and Finch (33) failed to make a serious dent. Steve Smith and Marnus Labuschagne are world-class performers for a reason though and steadied things to keep the visitors in the hunt. The plan was clear – rotate the strike and take the contest into the final overs. Their stand of 96 gave the hosts a serious headache, as the match was heading towards a tight finish. Ravindra Jadeja playing on his home turf finally gave India a sigh of relief dismissing Labuschagne on 46. The whole bowling unit then upped their game big time to break the back of the visitors.

Visitors crumble as hosts up the ante

Kuldeep Yadav then came up with a double breakthrough, dismissing Carey (18) and Smith (98) in quick succession. Mohammed Shami would also find an extra yard, getting the scalps of Turner and Cummins in consecutive deliveries. Having strived so hard to stay alive in the contest, the visitors were now staring down the barrel with their backs against the wall. Though the tail-enders did offer some resistance, it was a mountain too high to climb for them at this point in time. When Jasprit Bumrah got the final wicket of Zampa, the result was a mere formality as India celebrated a 36 run victory.