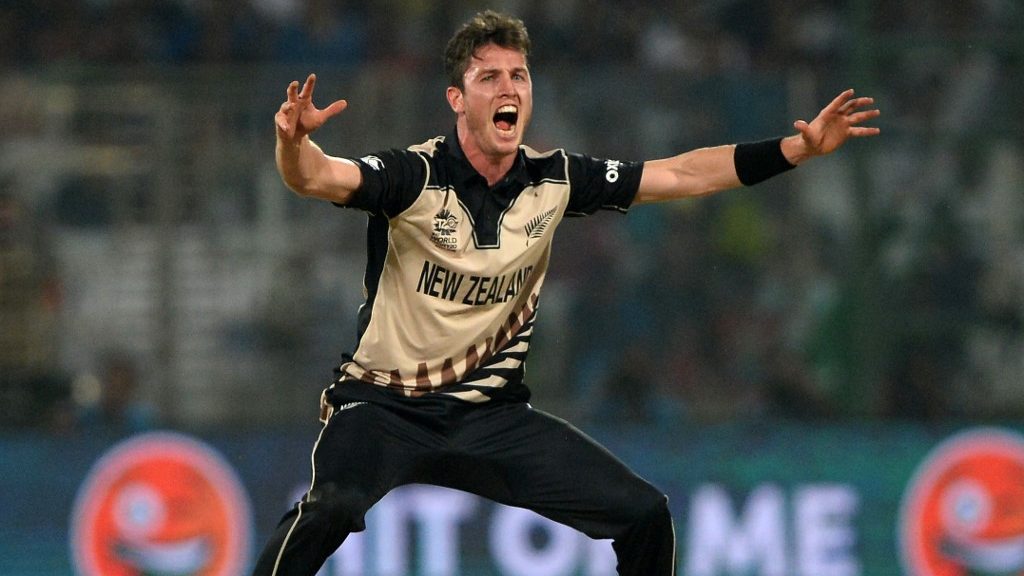 With the T20 World Cup on cards, the players are trying to punch above their weights to book their spot in the side for the marquee event. The New Zealand speedster Adam Milne has set his target high for the World Cup. He had to deal with a lot of injury concerns in the past owing to which he has featured in just 12 professional games in a span of 2 years.

Adam Milne underwent surgery on his left ankle twice and that had limited his appearances for the Kiwis. But he is now been able to get going more consistently since the 2020-21 Big Bash League. Milne is currently part of the ongoing The Hundred tournament and has been pretty impressive with the ball. He is amongst the top four wicket-takers of the tournament so far and has scalped 7 wickets at an economy rate of 6.14. Milne thus highlighted the importance of playing consistently and getting in the rhythm.

“The hardest thing for a fast bowler is stringing a whole period of cricket together. It’s all been short-format for me, so it’s not as taxing as longer forms, but it’s been nice to be able to play consistently and gain a bit of trust in the body and get a bit of rhythm in my bowling. When you’re coming in and out, you’re not quite getting that rhythm, so it’s been nice to keep that going.” Milne asserted as reported by ESPNCricinfo

I’d obviously really like to be part of that World Cup team: Adam Milne

After having dealt with injuries over the last three years, Adam Milne is all hopeful to make it to the T20 World Cup side. The momentum that he has received now after having played a decent amount of cricket will go on to add a lot of positives for him. He expressed his opinions on playing in The Hundred and also opened up about his possibilities of playing in the World Cup.

“It’s nice to be playing well over here, and I feel like out of all of the formats, I’ve got a really good record in T20. I know this is slightly different with the 100-ball format, but I’d obviously really like to be part of that World Cup team and there has been a little bit of communication behind the scenes back home.” Milne added