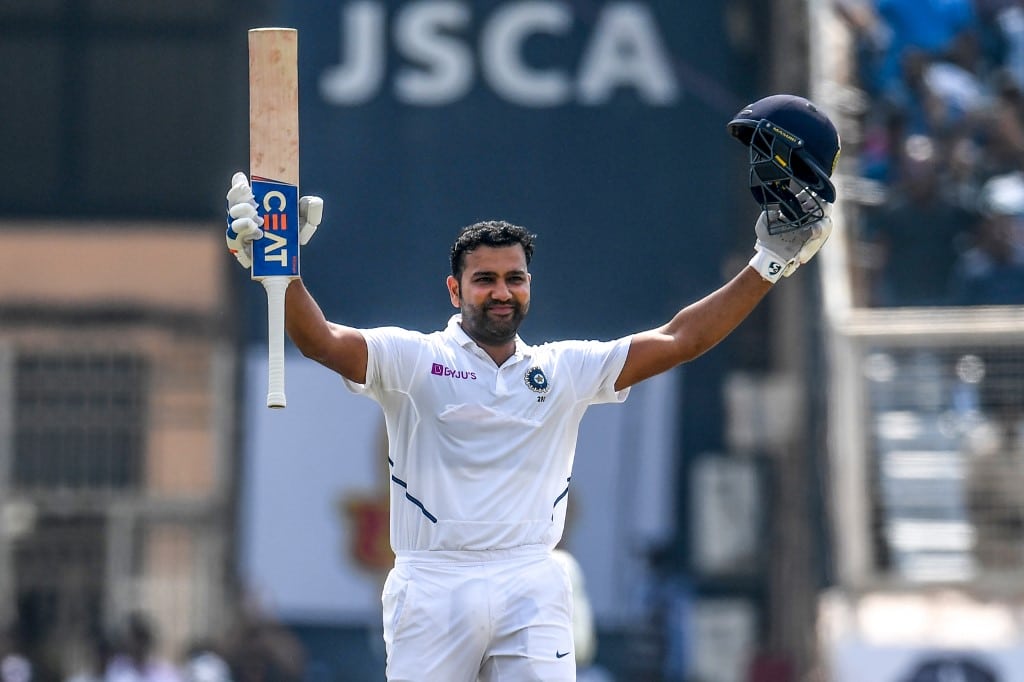 Four Indian batsmen feature in the top 10 in the newly released ICC Test rankings. Rohit Sharma after an outstanding series, his maiden as a Test opener was the biggest gainer. Ajinkya Rahane also emulated his career-best ranking, while skipper Virat Kohli maintains his position in the charts behind Australian Steve Smith.

Sharma scored a mammoth double century in the third Test against South Africa in Ranchi, helping him crack the top 10 in the standings. He currently sits in the 10th spot. He scored 529 runs in the series, leading to a massive jump of 44 places in the rankings. With this effort, Sharma has emulated Kohli and former opener Gautam Gambhir as the third Indian batsman to reach the top 10 in all the three formats.

↗️ Rohit Sharma storms into the top 10
↗️ Ajinkya Rahane surges to No.5

Vice-captain Ajinkya Rahane also scored a ton at Ranchi, his 11th overall and first at home since October 13. The knock has moved his standing up to the fifth spot in the rankings. He sits behind his compatriot Cheteshwar Pujara, who occupies the fourth spot. Virat Kohli had a big chance to overtake Smith before the Ranchi Test, but could not score heavily, meaning he continues to sit in the second spot.

In the bowler’s rankings, Pat Cummins continues to occupy the top spot, with South African spearhead Kagiso Rabada behind him. Ravichandran Ashwin had a quiet performance in the Ranchi Test, seeing him drop 3 places to number 10.