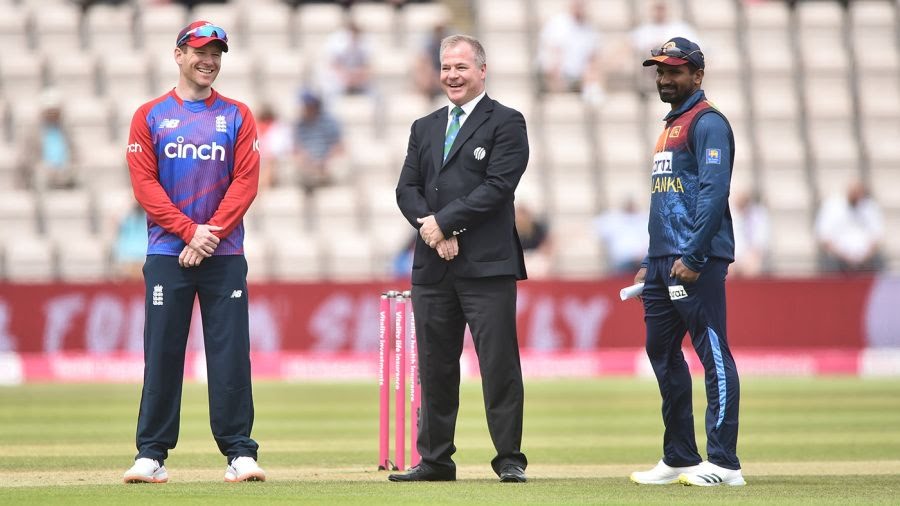 Sri Lanka is currently present in the United Kingdom (UK) for a limited-overs tour. They were recently involved in the three-match T20I series against England. and Sri Lanka will now lock horns with three One Day Internationals, starting from June 29, Tuesday at the Riverside Ground in Chester-le-Street.

The T20I series between the two nations ended with England emerging victorious by 3-0. However, both the cricket teams have been dealt with a massive blow as referee Phil Whitticase has tested positive for Covid-19. He was appointed by the International Cricket Council (ICC) for officiating during the three-match T20I series between England and Sri Lanka. The reports suggest that Whitticase is well and is asymptomatic.

As per the protocols laid out by the UK government, the match-referee will serve a mandatory ten-day quarantine period from June 25 and will be allowed to come out of self-isolation after returning negative reports. The England and Wales Board (ECB) released an official statement to confirm the news. The statement suggested that the match referee came in close contact with seven members from the match officials and anti-corruption unit.

No members of the two teams were impacted: ECB

Also, five members who were scheduled to officiate in the first One Day International between the two teams came in contact with Whitticase. Since there are chances of them returning Covid-19 positive too, all the five members have been asked to quarantine themselves immediately for ten days (until 7 July).

However, the fans can heave a sigh of relief as the ODI series won’t be affected by the match-referee testing positive. It is confirmed that both the teams aren’t impacted by the virus and the series will played as per the schedule.

The statement read, “Seven other members from the match officials and anti-corruption unit teams were deemed close contacts, including five members due to officiate at the first Royal London ODI on Tuesday, 29 June at Emirates Riverside, Durham. Those impacted will have to self-isolate for 10-days until 7 July.

“No members of the two teams were impacted. Alternative arrangements will be put in place to ensure Tuesday’s ODI goes ahead as planned.”