The International Cricket Council (ICC) today confirmed the groupings for the Men’s T20 World Cup 2021 to be hosted by the BCCI in Oman and the United Arab Emirates from 17 October to 14 November. The groups are based on team rankings as of 20 March 2021.

Group 1 consists of reigning ODI champions England, defending T20 champions the West Indies along with Australia and South Africa who are yet to win a T20 World Cup. The other group includes India, Pakistan, New Zealand and Afghanistan. Both the groups will be joined by two more teams who will be selected through a qualifying competition. 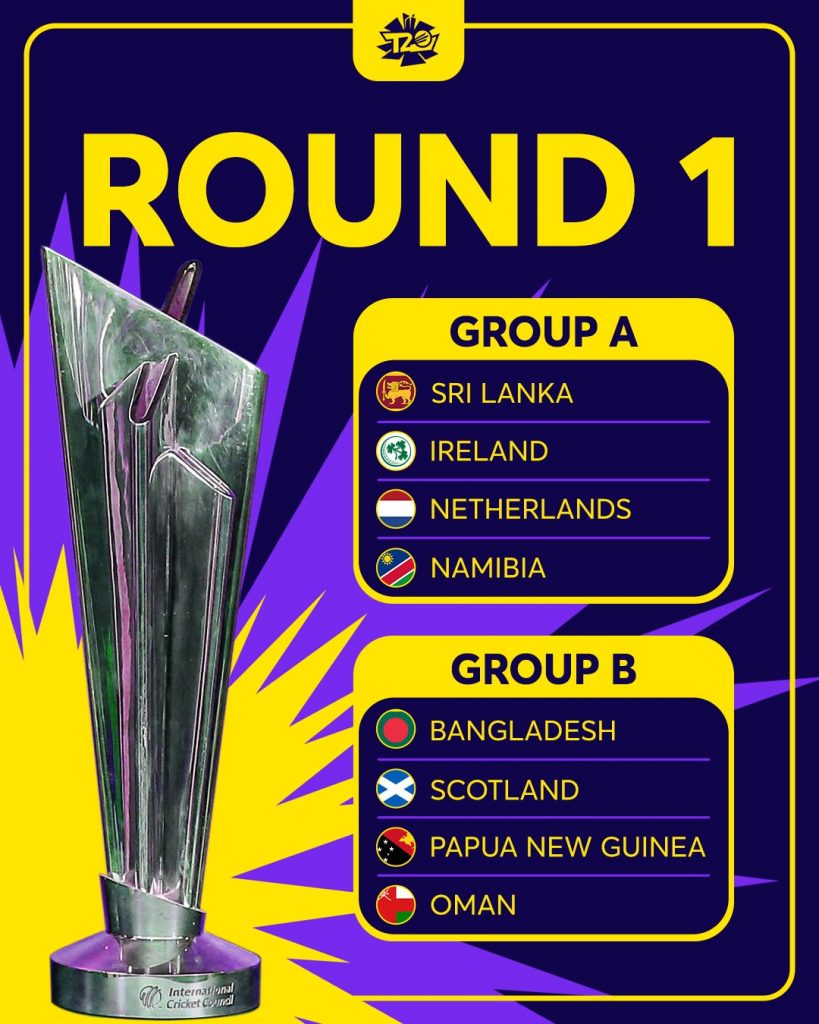 The first round will be played just before the main event. Sri Lanka and Bangladesh are the automatic qualifiers. They will join the remaining six teams who booked their spot through the Men’s T20 World Cup Qualifier 2019. Ireland, Netherlands and Namibia join Sri Lanka in Group A, whilst Oman, PNG and Scotland will face Bangladesh in Group B.

Group 1: England, Australia, South Africa, West Indies, A1 and B2.
Group 2: India, Pakistan, New Zealand, Afghanistan, A2 and B1.

ENG vs PAK: Hasan Ali to miss first T20I due to leg strain