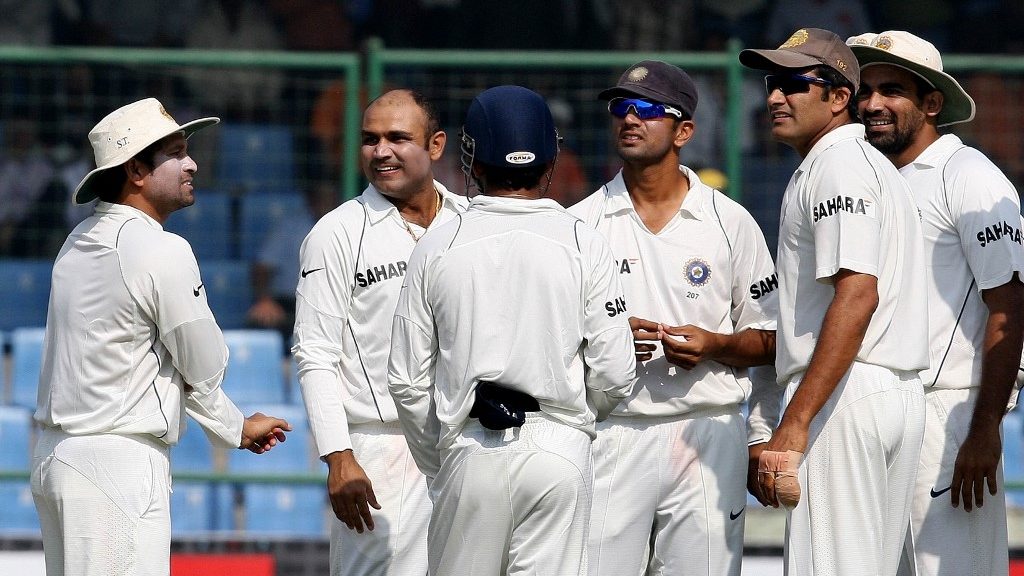 Virender Sehwag, the former Indian cricketer, said that Rahul Dravid, the Wall of Indian cricket, had shown his anger, not only on screen but in real life as well. Of late, Cred came up with a commercial where Dravid’s ‘anger issues’ are seen while being stuck in Bengaluru traffic. In the clip, the 48-year-old can be seen, shouting, breaking glasses and throwing coffee.

On Dravid being angry in real life, Sehwag went down the memory lane to the time when MS Dhoni was a newcomer. During one of India’s tours of Pakistan, Dravid lashed out at Dhoni for getting out to a loose stroke. Sehwag mentioned that the incident caught Dhoni by surprise and the latter became circumspect when he next came in to bat.

“I have seen Rahul Dravid get angry. When we were in Pakistan and MS Dhoni had been a newcomer, he played a shot and got caught at point. Dravid was very angry with MS Dhoni. ‘That’s the way you play? You should finish the game.’ I was myself taken aback by the storm of English from Dravid, I didn’t understand half of it,” Sehwag told on Cricbuzz.

“But when MS Dhoni next came in to bat, I could see he was not hitting shots much. I went and asked him what was wrong. He said he did not want to be scolded by Dravid again. ‘I will finish the game quietly and go back,’ Dhoni said,” he added.

Dravid’s presence in the 15-second advertisement caught the limelight. Dravid’s on-screen persona was different from the character he has shown over the years.

“It was very nice to see the feedback, that somewhere we’ve communicated the dark side of Rahul Dravid that doesn’t even exist!” Ayappa KM, who directed the commercial, told.

Once he also hit England’s Samit Patel for three sixes in a row during a T20I back in 2011 at Manchester. Dravid went on to play 89 matches in the Indian Premier League (IPL) as well.

I just want Pant to make sure that he doesn’t allow Dhoni to put his arms around his shoulders: Sunil Gavaskar