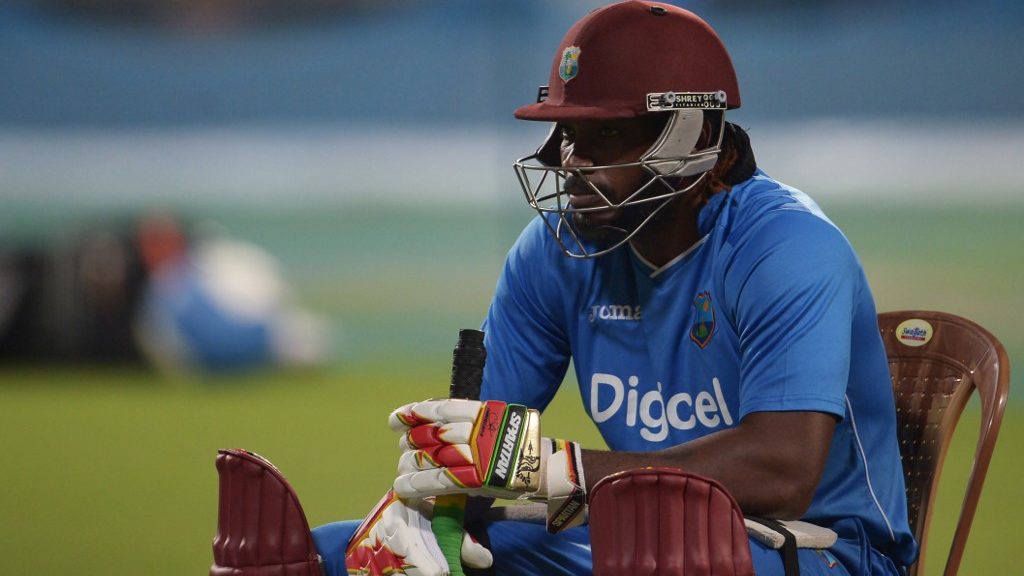 Chris Gayle has come out hard at Curtly Ambrose after the former pacer said the southpaw won’t be his automatic pick in West Indies’ playing XI for the T20 World Cup 2021. Gayle, 42, has been one of the finest T20 batters ever. Although he hasn’t been in red-hot form lately, the southpaw can be an absolute match-winner on his day.

Owing to the same, he was picked in West Indies squad for the upcoming global event. However, former Caribbean fast bowler Ambrose, in a recent interaction said, he wouldn’t slot Gayle in West Indies’ first-choice playing XI. His comments didn’t go down well with Gayle as he hit back Ambrose, saying he has ‘no respect’ for the former player and he is ‘finished’ with him.

“I am speaking about Curtly Ambrose. I am singling out Curtly Ambrose, one of your own. I highly respected him when I came into the West Indies team,” Gayle told The Island Tea Morning Show, a radio station in St Kitts, on Tuesday.

I don’t know what Curtly Ambrose has against me: Chris Gayle

“When I just joined the team, I looked up to this man. But I am now speaking from my heart. I don’t know what, since he retired, what he had against Chris Gayle. Those negative things he has been saying within the press, I don’t know if he is looking for attention, but he is getting the attention. So I am just giving back the attention which he requires and which he needs,” he added.

Gayle, who was a part of West Indies’ 2012 and 2016 World Cup-winning teams, further said he would convey the same to Ambrose when he sees him in person. He also asserted that he won’t respect anyone who’ll continue to be negative.

“I can tell you personally, and you can let him know that Chris Gayle, the Universe Boss, have no respect for Curtly Ambrose whatsoever. I am finished with Curtly Ambrose. I have no respect, any time I see him I will tell him as well — ‘Stop being negative, support the team ahead of the World Cup.’ This team has been selected and we need past players to support us. We need that, we don’t need negative energy,” he further said.