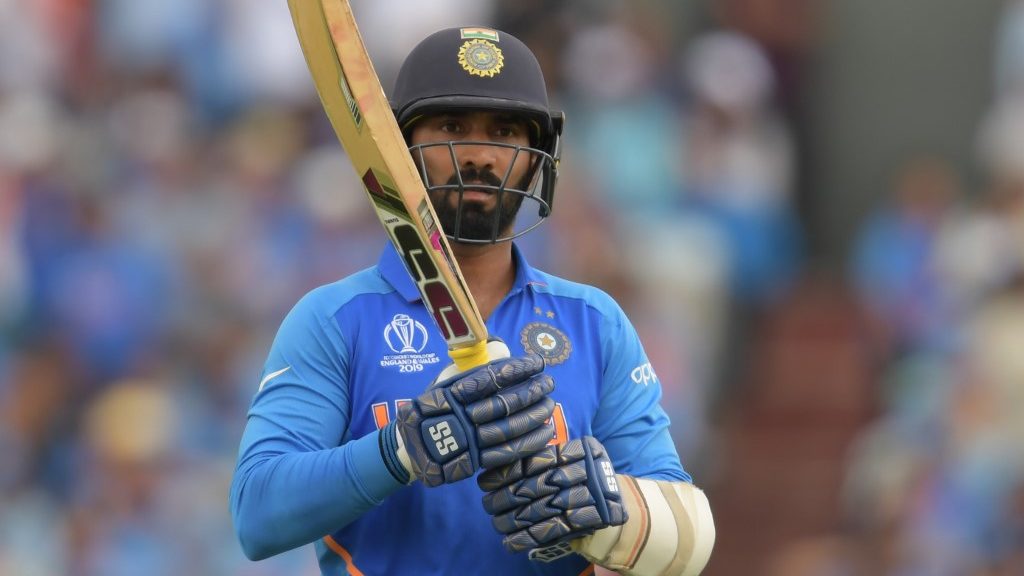 India’s veteran Test batsman Cheteshwar Pujara has often been placed under major scrutiny for his low strike rate in the purest format of the game. Ahead of the World Test Championshipfinal, wicketkeeper-batsman Dinesh Karthik ridiculed the talks surrounding the strike rate in Test format. Karthik lavished praises on Pujara and hailed him as an important player of the Indian setup.

Pujara has thus far represented India in as many as 85 Test matches, scoring a stunning 6244 runs at an average of 46.6 and strike rate of 44.9. Highlighting the match-winning ability of the Rajkot-born, Karthik asserted that people should let Pujara play the way he wants to as the right-hander has been successful in taking India home in many crucial games.

“I feel this strike rate is absolute nonsense. If you take the number of Test matches that have gotten over in four days – it is about 80-82%. So, why bother about strike rate, let the guy play at whatever strike rate he wants to play, as long as he is able to win Test matches for India.

“Now, Pujara, why hasn’t he scored runs? You have to understand if you take the last match, he was playing against ranked turners, where the team was finding it hard to score 200 runs and to expect Pujara to score a 100 is unfair,” Karthik said while speaking on a Twitter spaces session organized by Star Sports.

For us to not cross that hurdle, to get to Brisbane unscathed, the reason was Pujara: Dinesh Karthik

Earlier in the year, India scripted a historic win against Australia by 2-1. While Rishabh Pant is considered the hero of the victory for his assaults in Gabba and Sydney, many fans have undermined the efforts of Pujara. Though Pujara failed to get a big score, he played a monumental role by holding his wicket at one end.

Dinesh Karthik echoed the same sentiments as he added that during IPL even Pat Cummins told him that the difference between India and Australia was Pujara. Karthik believes that no other player would have been able to face Australia’s lethal pace attack as the 33-year-old.

“Pat Cummins was talking to me about that in IPL – saying the difference between India drawing the Test match and losing it was one man, Cheteshwar Pujara. The amount of time that he batted, he was giving him body blows.

“If you had put any of the other Indian batsmen at that stage of the day, early on when there is probably a little bit of juice, they would have struggled. There was a good chance we would have capitulated on that game. For us to not cross that hurdle, to get to Brisbane unscathed, the reason was Pujara in a big way,” Dinesh Karthik concluded.

Zimbabwe pacer Kyle Jarvis retires from all forms of cricket