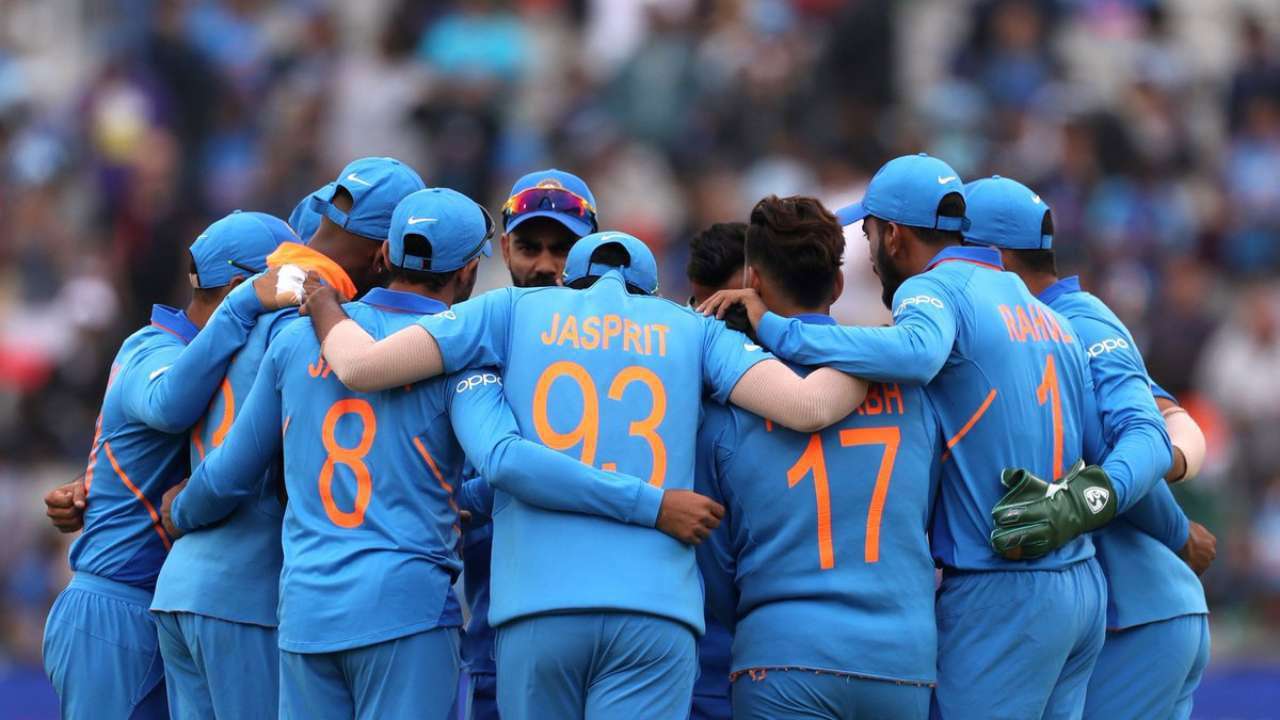 Days before the start of the upcoming T20 World Cup 2021, the Board of Control for Cricket in India (BCCI) unveiled Team India’s jersey for the global event. The tournament will get underway on October 17 with the matches taking place in UAE and Oman. Having done well in the shortest international format lately, Virat Kohli’s led India is one of the favourites to get the glory this year.

The Indian Team will unfold their operations in new attire and it would be interesting to see how the competition pans out for them. Speaking of the jersey design, the team will continue to sport the navy blue colour. However, the front part of the jersey is a bit different from the previous one. There are shades of royal blue color on it with India written in Orange.

The patterns on the jersey are inspired by the billion cheers of the fans.

At the left top corner, there’s BCCI logo with three stars above it. For the unversed, the significance of these three stars is enormous. It denotes the number of World Cup titles India have lifted across formats. India tasted glory for the first time in 1983 when the side won its maiden ODI World Cup under Kapil Dev’s leadership.

It took India 24 years to become world champions again. The MS Dhoni-led team won the inaugural edition of the T20 World Cup in 2007. Four years later, Dhoni led India to glory one more time as the Men in Blue lifted the 2011 World Cup. Hence, the three stars on the jersey are to celebrate India’s three World Cup titles.

Meanwhile, BCCI have named a strong 15-man squad for the upcoming global event who won’t mind adding another star to the jersey. While batters like Rohit Sharma, Virat Kohli and KL Rahul are stalwarts of this format, Jasprit Bumrah, and Mohammed Shami can make the ball talk. Besides the team, the Men in Blue will have services of mentor MS Dhoni.

Having led India in all six previous editions of the T20 World Cup, the wicketkeeper-batter has a plethora of experience behind his back and his words of wisdom will certainly help Virat Kohli and his men. Meanwhile, India will kick-start their campaign against arch-rivals Pakistan on October 24.