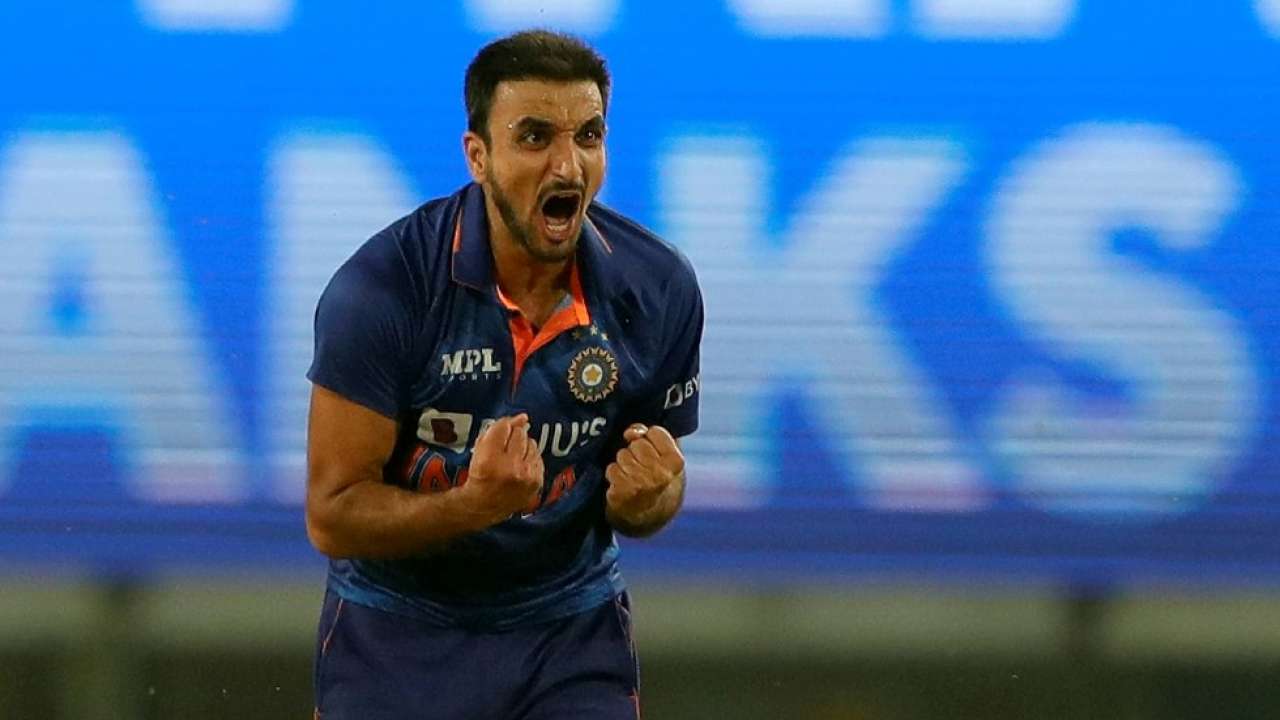 After India’s dominating win over New Zealand in the recently concluded series, pacer Harshal Patel decided to take a trip down memory lane. The speedster shared a before-after picture with India’s batting legend Rahul Dravid that has gone all viral across social media platforms. The ‘How it started vs how it’s going’ trend has been ruling the internet since last year.

Several celebrities and users have been coming up with their pictures from the past and present that have brought in some wholesome stories. Harshal Patel also decided to join the bandwagon and shared the picture with Dravid who is now India’s head coach. The pacer took it to his official Instagram account to share the throwback photo.

The first picture seems to be of the speedster’s early playing days whereas the next picture is the recent one that was clicked during the T20I series between India and New Zealand. In the image, Patel is all smiling posing alongside the head coach. “How it started vs how it’s going!!” he captioned the post.

The post has been making rounds across the social media platforms wherein the fans have gone all frenzy after witnessing the cricketing journey of Patel that the picture exudes. The post thus fetched in a lot of likes and comments wherein the speedster’s fans and followers have been adoring it.

Harshal Patel made a name for himself after having displayed his fiefdom in IPL 2021. Playing for the Royal Challengers Bangalore, he finished as the highest wicket-taker of the tournament. He was awarded as the purple cap winner for having secured 32 wickets from 15 matches.

He made a dream debut for India in the second T20I against the Black Caps. Patel replaced the injured Mohammed Siraj and starred with a splendid spell in his very first international game. He won the player of the match award for having picked up 22 wickets by conceding just 25 runs from his four overs.

He joined the likes of Dinesh Karthik, Subramaniam Badrinath, Pragyan Ojha, Axar Patel, Barinder Sran, Navdeep Saini in the illustrious list of players to have won the player of the match award on T20I debut for India. In the final T20I as well, he clinched two wickets to help the team secure a dominating victory.