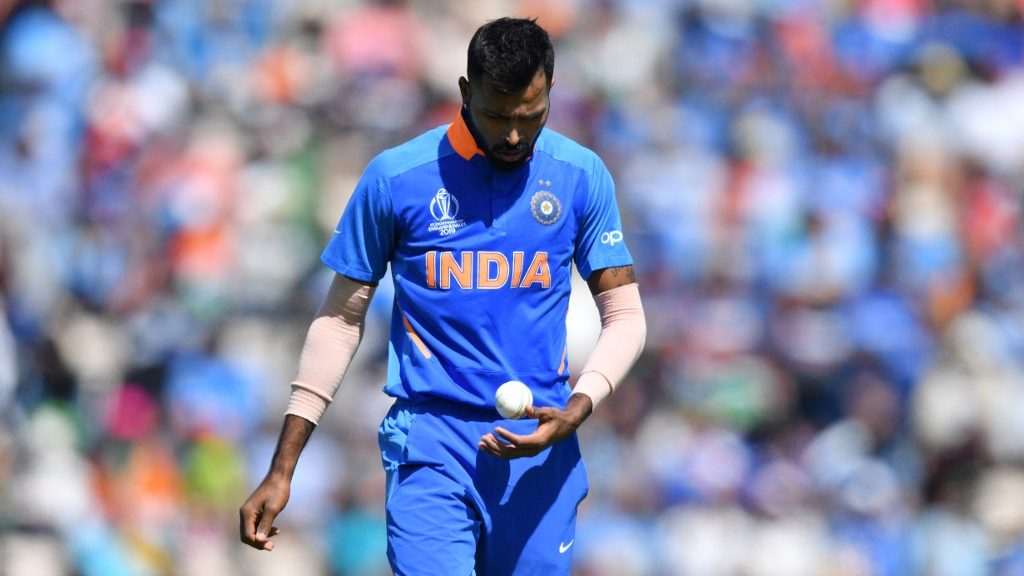 There has been a lot of hullabaloo over Hardik Pandya’s role in the Indian team during the T20 World Cup 2021. The dashing all-rounder didn’t bowl a single over during the recently-concluded Indian Premier League (IPL) 2021 due to his fitness issues. He remained away from bowling duties even during a couple of warm-up matches against England and Australia respectively.

With Ravindra Jadeja being the only all-rounder besides Pandya in India’s 15-man squad, many believe Hardik’s inability to bowl may hamper the Virat Kohli-led side in the global event. Former Indian opener Aakash Chopra is of the same opinion. Chopra reckons with Pandya not bowling, Virat Kohli may pick up bowling duties at the World Cup, which is a concern.

Notably, Kohli rolled his arms for a couple of overs during the warm-up fixture against Australia. Although he conceded mere 12 runs, Chopra feels the Indian skipper can’t be expected to bowl handy overs in every game.

If Hardik Pandya can bowl a few overs, it will be very good for India: Aakash Chopra

“Hardik Pandya not bowling is a big concern because India will have to go in with only five bowlers and won’t have a sixth option. Virat Kohli might have to bowl, like in 2016. That is something that is going to hurt India. If Hardik can somehow start bowling a few overs, it will be very good for India. In T20s, you want that extra bowling option up you sleeve,” Chopra said in a video uploaded on his Youtube channel.

“I only see Ravichandran Ashwin playing if India go in with three spinners or there are too many left-handers in the opposition. (Ravindra) Jadeja will definitely play. He has grown in stature as a bowler but he is not your gun T20 bowler,” he added.

Team India will kick-start their campaign against arch-rivals Pakistan on October 24 in Dubai. Having won both warm-up games, the Men in Blue would be high on confidence. However, they can’t afford to be complacent against Babar Azam’s men.