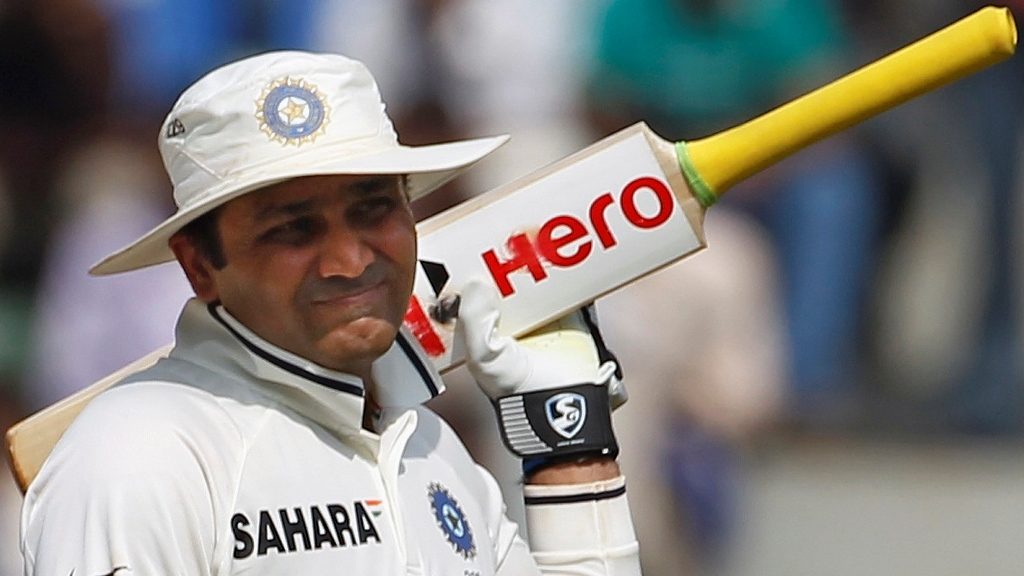 Former Indian opener Virender Sehwag was nothing short of a nightmare for bowlers during his playing days. The right-handed batter indeed redefined the opener’s role with his aggressive and fearless approach. Regardless of the condition, situation and even format, Sehwag backed himself to take on the bowlers and piled up a mountain of runs. Although it has been nearly six since the batter’s retirement, his blitzes are still fresh in fans’ minds.

On Monday (August 23), Sehwag took to Instagram and remembered his old days. He apparently shared a throwback picture of himself celebrating a milestone in a Test match. Needless to mention, the comment section got flooded in no time as netizens went in nostalgia. While several remembered Sehwag’s destruction with the willow in hand, many expressed desires to see the opener back in action.

It was indeed a massive compliment from the veteran off-spinner as Richards is one of the greats of the game. The former West Indies captain instilled fears in bowlers’ minds with his ability to clear the ropes at will. He was also instrumental in taking the Caribbean side to the 1975 and 1979 World Cup titles.

With Sehwag also having a similar playing style, many comparisons were drawn between him and Richards. Hence, Harbhajan’s comment didn’t surprise many. Meanwhile, the former Indian opener bid adieu to all forms of cricket in 2015 but not before slamming 8586, 8273, and 394 runs in 104 Tests, 251 ODIs, and 19 T20Is. Notably, he’s the India batter with two triple centuries in Test cricket to date.

On the other hand, Harbhajan, who played a lot of cricket alongside Sehwag, is still an active cricketer. He’s currently gearing up for the second leg of Indian Premier League (IPL) 2021 where he’ll serve Kolkata Knight Riders. The gala tournament resumes on September 19 in UAE.