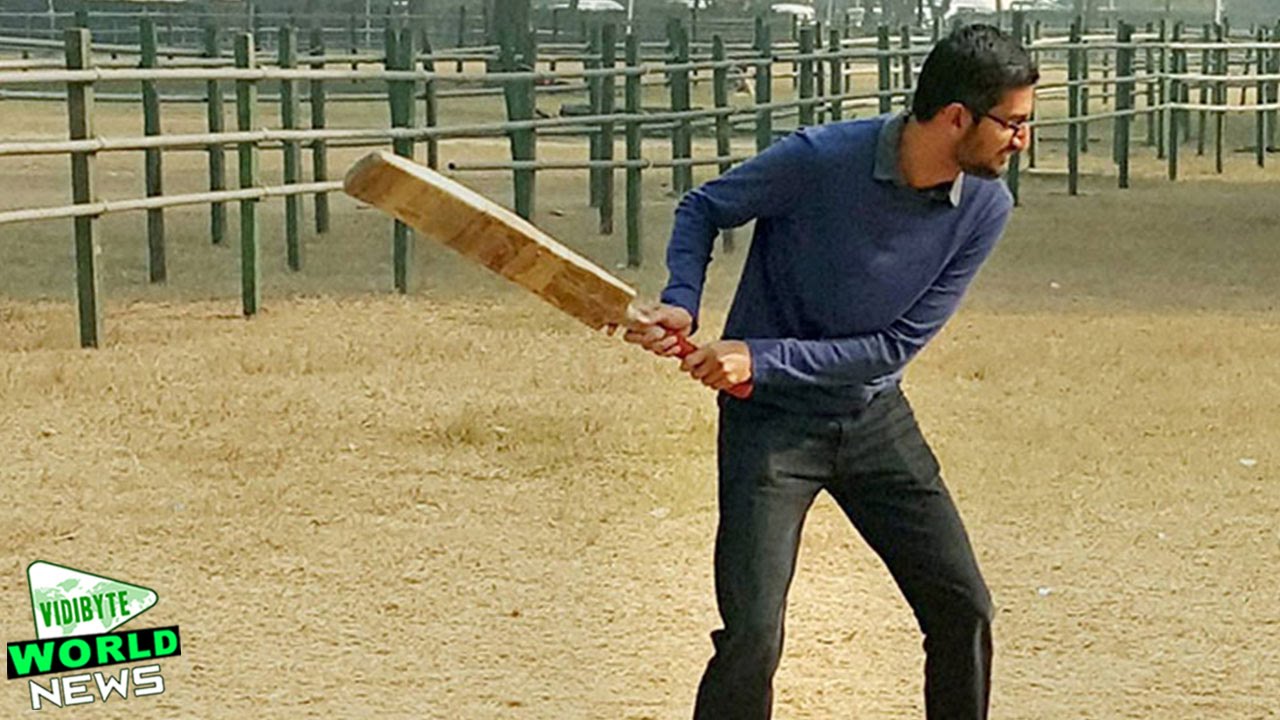 Cricket is indeed one of the most popular sports across the globe. Spectators come in large numbers to cheer their favourite teams and events like World Cups are celebrated as festivals. In fact, in a country like India, the gentleman’s game is deemed as a religion with cricket stars being demigods. Although playing professional cricket isn’t possible for every fan, you’ll see people enjoying the game in the streets and nearby localities.

CEO of Google, Sundar Pichai is also one such cricket fan. The 49-year-old, on many occasions, has talked about his fondness for the game and his favourite players. He even went to England to watch the ICC Cricket World Cup 2019. Pichai’s love for Cricket was again seen in his latest Instagram post. He posted a candid picture of playing street cricket with one of his friends.

The snap seemed to have taken in a park. Just like stuff in regular street cricket, Pichai had used a box as stumps. While he was seen batting in the picture, his mate was gearing up to bowl. “After a great chat about everything from growing up in India, to quantum computing to sustainability, BBC’s @amolrajan and I squeezed in a little (cricket kit emoji) too Thanks for visiting!” read the caption of the snap.

The comment section got flooded in no time as fans were delighted seeing Pichai taking time out from his busy schedule and enjoying the game in street style. Meanwhile, earlier this year, the CEO of Goggle had also welcomed the England team in his home town Chennai for the first two Tests of the four-match series.

Notably, those Test matches at the MA Chidambaram Stadium had marked the return of international cricket in India after the COVID-19 pandemic and Sundar was elated. “Welcome to my hometown @englandcricket wish was there for the game, should be a great series,” he had tweeted.

Welcome to my hometown @englandcricket wish was there for the game, should be a great series https://t.co/BNRDOQnnyO

Meanwhile, Pichai and other Indian cricket fans will be occupied in the coming days with many important fixtures being in the pipeline. Under Shikhar Dhawan’s leadership, India will play three ODIs and as many T20Is against Sri Lanka later this month. At the same time, the Virat Kohli-led side is gearing up for a five-match Test series against hosts England, starting from August 4.

ZIM vs BAN: Mushfiqur Rahim to be available for T20I series