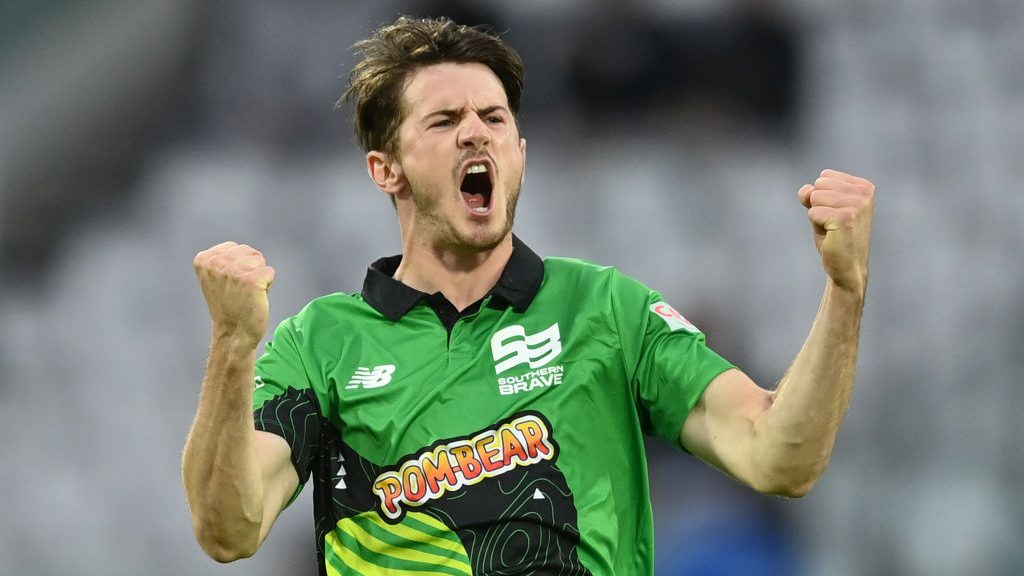 Royal Challengers Bangalore (RCB) recently announced the uncapped England all-rounder, George Garton, as their new recruit. The youngster will serve the Virat Kohli-led side during the second leg of the Indian Premier League (IPL) 2021. With the IPL being one of the most celebrated T20 leagues, Garton has a great chance to make a mark.

Notably, many overseas players including pulled out of the UAE leg due to different reasons. Speaking of the absentees in the RCB camp, Adam Zampa, Kane Richardson, Scott Kuggeleijn, Finn Allen, and Daniel Sams won’t participate in the remaining season. Earlier, RCB roped in Wanindu Hasaranga, Dushmantha Chameera, and Tim David before giving a contract to George Garton.

Talented all-rounder from England, George Garton, will join the RCB family for the rest of #IPL2021. He completes our overseas players quota for the season. 🤩#PlayBold #WeAreChallengers #NowAChallenger pic.twitter.com/XQgIxWyFva

Here’s all you need to know about Garton:

George Garton is a left-arm pacer who can contribute with his batting prowess as well. Garton can clock good speeds and the bucket of variations in his arsenal makes him even more effective. He has tackled some prominent batters in County matches and T20 Blast. Not to forget, Garton can also contribute with his big-hitting lower down the order.

George Garton was born on 15 April 1997 in Brighton, Sussex. He made a name for himself with his stellar performances in junior-level cricket. The southpaw also played a significant amount of cricket for England Under-19.

The pacer’s brilliance in the domestic circuit also earned him a place in England’s squad for the 2016 Under-19 World Cup matches. Although he played just two matches, Garton managed to make a mark. While the fast bowler scalped three wickets, he contributed with the bat in hand as well.

4. Sensational start to the First-Class career

The young pace sensation made his First-Class debut against Leeds/Bradford MCCU in 2016 and he took mere one ball to make an impact. Garton dismissed opener Henry Thompson on the very first ball of his first-class career.

Garton indeed made some noise with his stellar performances in his early days. As a result, he got a call-up in the England Lions squad mere four months after his First-Class debut. He played against Sri Lanka A and Pakistan A in his maiden assignment for the Lions.

With England suffering from injury ahead of the 2017-18 Ashes tour, Garton was called up into the national squad as a cover ahead of the first Test. He had only played nine first-class games at the time.

As mentioned above, the left-arm fast bowler was on a roll in his early days. However, he had to miss a major part of 2018 due to a freak side strain. He suffered an injury while picking up a suitcase from a baggage carousel at an airport. Nevertheless, he made a comeback next year and continued to impress.

In June 2021, Garton was named in England’s One Day International (ODI) squad for their series against Sri Lanka. However, the fast bowler didn’t get a single game in the series.

9. Impressive show in The Hundred

Garton was certainly at his A-game during the recently-concluded The Hundred tournament. He was instrumental in taking Southern Brave to the title, having scalped 10 wickets in nine games. The southpaw also played some handy knocks in the tournament.

With many RCB players pulling out of the UAE leg, the franchise signed new players. Their overseas quota was completed by Garton’s signing.