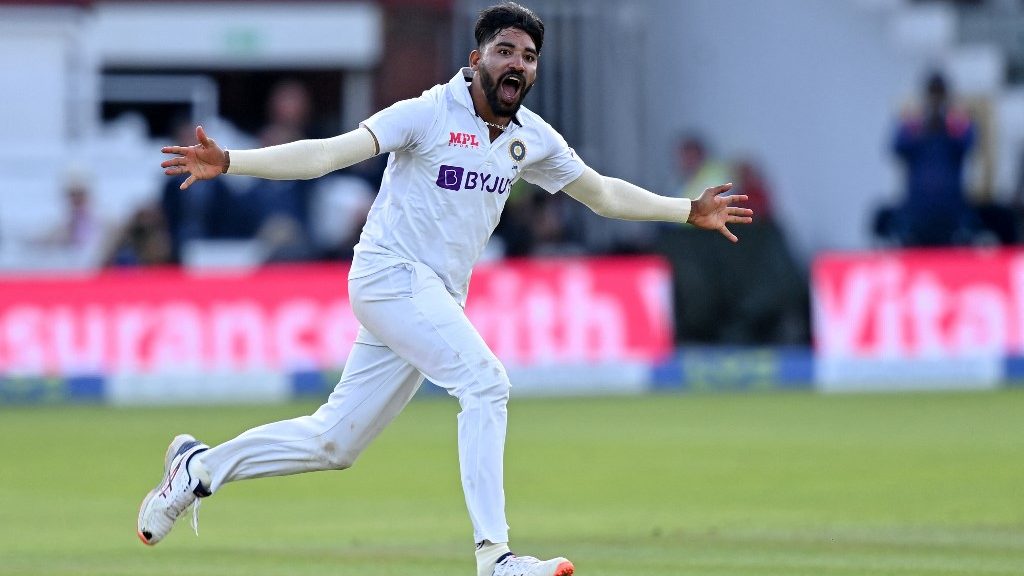 The Indian team is currently basking in the glory of the Lord’s Test victory over England. At the forefront of this incredible victory were the bowlers who stood tall and delivered to bundle England out for just 120 in the fourth innings to win by a margin of 151 runs inside 60 overs on the fifth day of the second Test match. Fast bowler Mohammed Siraj took eight wickets in the match and was outstanding in both innings.

Cricketer-turned-expert Geoffrey Boycott was mighty impressed with the performance of Siraj, who also in process registered career-best figures of 8 for 126. Whenever skipper Virat Kohli wanted a wicket, he would always turn to Siraj, and he often answers his skipper’s call by taking timely wickets. Apart from maintaining hostile speeds, the right-ram pacer would also share a word or two with the English batters.

Boycott opined Siraj is an asset for the Indian team and his aggression should not be curbed in the following matches. “I like Siraj. He is full of energy. No one should tell him to curb anything. Let him flourish in his own way. He’s an asset for India, although he is fairly new,” Boycott told mid-day from the UK on Wednesday.

After taking wickets or bowling good balls to the opposition batters, Siraj makes sure to celebrate it and knowing the batter of how brilliant the delivery was. During the Lord’s Test too the pacer gave a long stare to Ollie Robinson, which immediately had gone viral on social media. Former India pacer Zaheer Khan spoke about how there is an intent and fire when Siraj runs in bowls.

“India have got a beautiful attack now. I would like to have Ravichandran Ashwin in the team. Two top-class spinners and three pacers should be my choice of attack,” said Boycott.

The former England opener also felt team India bonded well and rallied behind each other during the Lord’s Test match. “I liked the way the Indian team rallied around each other. When Mohammed Shami and Jasprit Bumrah were batting [during their match-defining 89-run stand], the whole team was shouting from the balcony. They even came down to receive them. These things bring about solidarity,” he said.