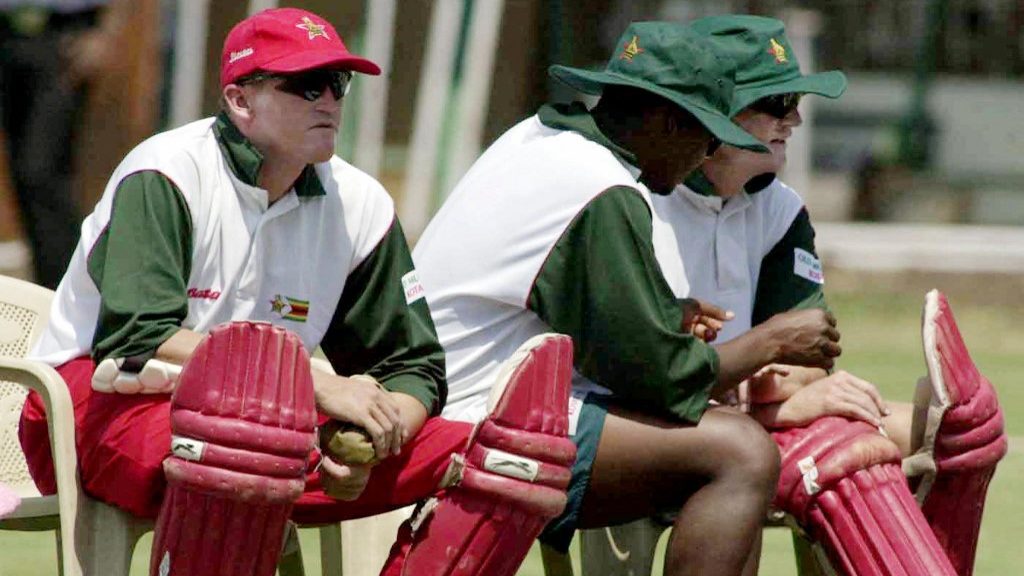 Cricket might not be the most popular sport in the world but is popular enough to generate interest in two members of the same family. Two brothers playing for a nation simultaneously has not been a rare sight, with many siblings having been selected for their national teams. The first-ever Test in the history of cricket witnessed Australian skipper Dave Gregory take the field with his brother Ned.

A pair of brothers playing the same game is not as rare, but two pairs of brothers in a game is. If that sounds a hard feat to achieve, the Harare Test between Zimbabwe and New Zealand is a certain mind-blower, when not one, not two, but three sets of brothers represented one team. Grant Flower, Andy Flower, Paul Strang, Bryan Strang, John Rennie and Gavin Rennie represented Zimbabwe to make it one of the rarest occasions.

#OnThisDay in 1997, @ZimCricketv became the first side to feature three pairs of brothers in one Test team pic.twitter.com/TdqfnlQDXi

The most successful of these three was the Flower brothers. While Andy was an established name in the Zimbabwe setup, Grant went on to establish himself as a solid opener for the team. In the Test against New Zealand, Grant opened the innings with Gavin Rennie, with Andy Flower following at No.3. Gavin’s brother John was the one to open the proceedings with the ball, while both Paul and Brian Strang were the bowling all-rounders.

If three pairs of brothers were not enough, the hosts also had Guy Whittall with his cousin Andy being the twelfth man. Grant Flower’s 104-run knock led Zimbabwe to 298 all-out in the first-innings before Strang brothers bagged five wickets amongst them to ensure a 91-run lead for their team, bowling New Zealand out for 207. While Kiwi skipper Stephen Fleming and Adam Parore contributed 52 and 42 respectively, no other batter could convert their starts, conceding a handy lead.

Flower brought up his second century in the match, a 240-ball 151, with Zimbabwe declaring their second innings at 311/9. Set 403 for the win, New Zealand lost eight wickets for 304 runs as the match ended in a draw. While Zimbabwe, at one stage, had sent half their side back for 122, the lower-order efforts from Chris Cairns (71) Parore (51) and Chris Harris (41) saved the visitors from conceding the game.