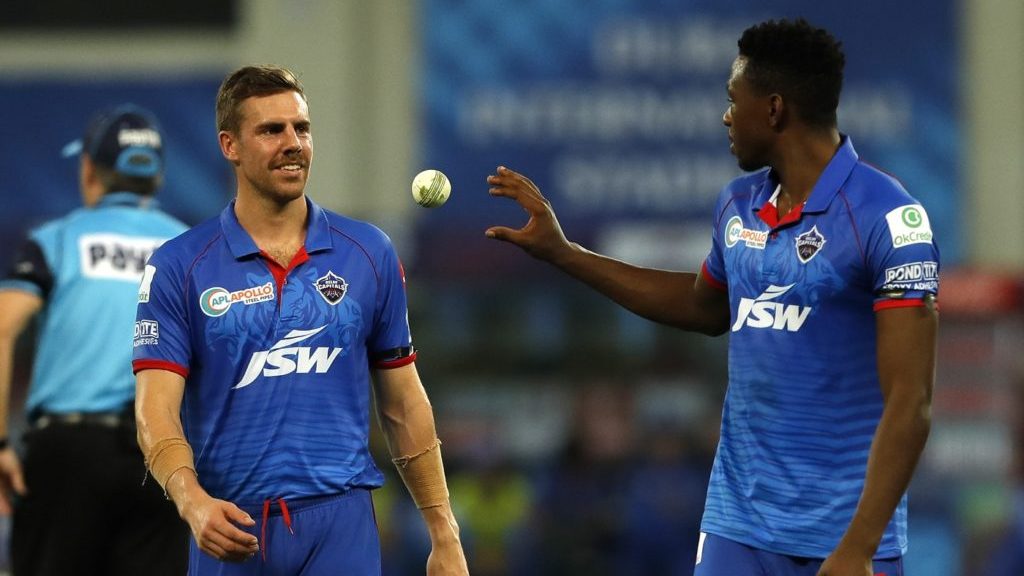 The 2020 edition of the Indian Premier League, ended with the Mumbai Indians winning the cup for the 5th time as they were successfully able to defend their title. And, this edition, surprisingly wasn’t only about the batsmen. The bowlers made themselves count and changed the course of the game. This did reflect in the number of wickets they took and how close was the fight to get the Purple Cap. So, here’s a look at the 5 highest wicket-takers of the Indian Premier League 2020.

The ace spinner from the Indian Team, Yuzvendra Chahal showed his authority in this tournament. He was the highest wicket-taker for his team and made sure that in every spell the batsmen were on the tenterhooks. He bowled tight lines, showed courage and this earned him the number of wickets that he got. He took 21 wickets in 15 matches and maintained an economy rate of 7.08 runs per over.

The 4th highest wicket-taker of the tournament, Anrich Nortje made his presence felt in the truest sense during this season of the Indian Premier League. Playing for the Delhi Capitals, he proved to be a really valuable asset for the team. He proved to be the perfect companion for Kagiso Rabada, and the duo came to be one of the most feared bowling pairs of this tournament. He ended the IPL season with 22 wickets to his name in 16 matches. It would not be wrong to say that one of the reasons that Delhi was able to reach the finals was Nortje’s excellent bowling display.

A vital cog of the Mumbai Indians’ bowling attack, Trent Boult showed with his bowling that why the cricket fraternity places him in such high regard. While bowling in tandem with another equally great pacer, Jasprit Bumrah, he wreaked havoc in the opposition batting order. And, the level of his performance was shown in his numbers, which at the end of the tournament were 25 wickets in 15 matches and an average of 18.28. Boult was one of the big reasons that Mumbai’s campaign was as big a success as it was.

The other half of one of the most lethal bowling pairs of this edition of the Indian Premier League, Jasprit Bumrah was the second-highest wicket-taker of the tournament. He fell short of holding the purple cap by just 3 wickets, but to be fair, he played two matches less than the man who held the pole position. He took 27 wickets in 15 matches. His bowling economy of 6.73 runs per over was one of the best in the tournament.

3⃣0⃣ wickets in #IPL2020 ✅
Most wickets for DC in a season ✅
A well deserved Purple cap ✅@KagisoRabada25 did what he does best, consistently, game after game 🙌💙#Dream11IPL #YehHaiNayiDilli pic.twitter.com/SebcptvbhS

Kagiso Rabada ended the tournament with as many as 30 wickets in his bag in 17 matches of the tournament and walked home with the purple cap on his head. Just his presence with the ball in hand sent chills down the batsmen facing him. He bowled tight lines and made sure that the flow of runs for the batsmen facing him came to an almost standstill which is evident in his bowling average (18.26). Rabada found a lot of support from Anrich Nortje and much of his success can be attributed to the latter’s support.