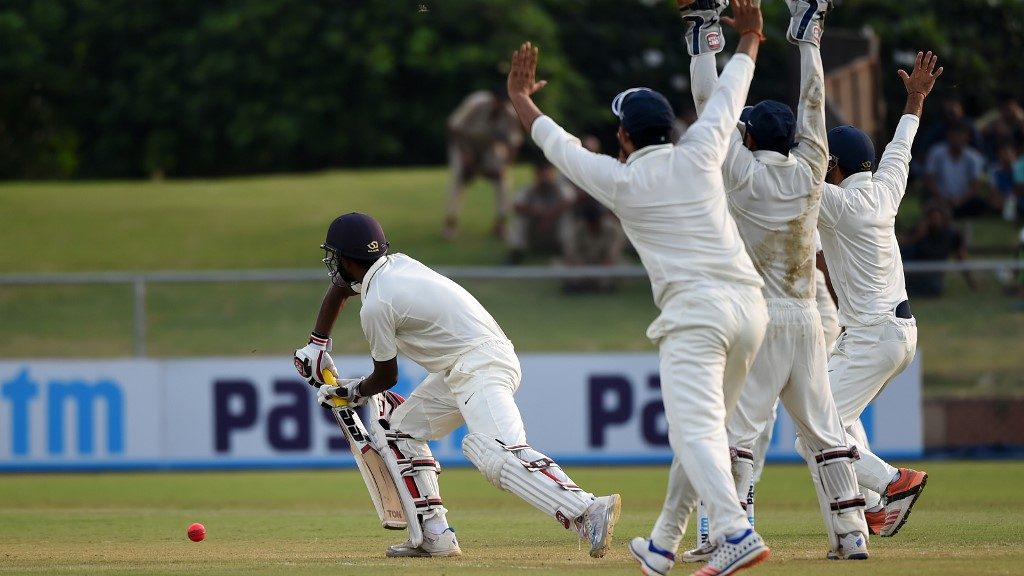 India is one of those countries where cricket is played in every nook and corner. It is a cricket-loving nation and people are extremely passionate about the sport. Hundreds or thousands of people take up cricket as their career as well. However, only a select few highly talented players manage to make it to the Indian team.

Yet, that does not mean that the domestic cricketers are any less talented. Since the pool is so huge, it gets difficult to provide everyone with an opportunity. The Indian domestic teams have proved it several times in the past that they are comprised of some top-notch cricketers. In a few instances, these domestic teams also managed to defeat the international teams.

Here are five of those:

MJ Gopalan is an Indian sportsman from Tamil Nadu who represented the nation in cricket and hockey. In his memory, Tamil Nadu and Ceylon (now, Sri Lanka) used to play an annual cricket match – a tradition which began in 1952-53 and lasted till 2007-08. In the 27 editions of the tournament, the national team of Sri Lanka took part on a few occasions. Two times in 1972-73 and 1973-74, Tamil Nadu defeated Sri Lanka and lifted the trophy.

No one needs an introduction about the mighty West Indies team of the ‘70s and the ‘80s. They were ruthless, in-your-face, and nearly insuperable. However, the Karnataka team managed to get the better of them in the 1978-79 season. The Gundappa Vishwanath-led side took a 1-run lead in the first innings. Then they managed to get a big score in the second innings and set a target of 292 runs. The visitors fought hard in the chase but fell short by a mere 11 runs.

England, ahead of the ODI series in 2012-13 against India, played Delhi in a practice game. Shikhar Dhawan, who was eyeing a comeback into the team, led the home side. The visitors put up a big total of 294/5 batting first and it seemed tough for Delhi to chase it down. Dhawan registered a brilliant century in the game followed by a brilliant stand between Milind Kumar and Rajat Bhatia. As a result, the Delhi team managed to stun the England side.

The first Test match between India and New Zealand during the tour of 1999-00 ended up in a draw. Before the second Test, the visitors played a practice game against Karnataka in Bangalore. While New Zealand had their top-7 playing this game, six Indian players from Karnataka who featured in the first Test played in this game. Karnataka took a 20-run lead in the first innings before they decided to declare. In the second innings, the Kiwis were bundled out of 105 runs only and the hosts comfortably chased down the target to register a 7-wicket win.

When Australia toured India at the start of 1998, they faced Mumbai in a practice game. Sachin Tendulkar decided to take part in the match and also led the home team. Only the Waugh brothers were missing for Australia which fielded a nearly full-strength side. The visitors declared their first innings at 305/8. In reply, Sachin led the team from the front, registered his maiden first-class double century and Mumbai declared at 410/6. In the second innings, Nilesh Kulkarni’s five-wicket haul helped bundle out the visitors for only 135 runs. Mumbai chased down a simple target of 31 runs and registered a memorable 10-wicket win.

Plunging into depths: Lowest team totals of all IPL sides