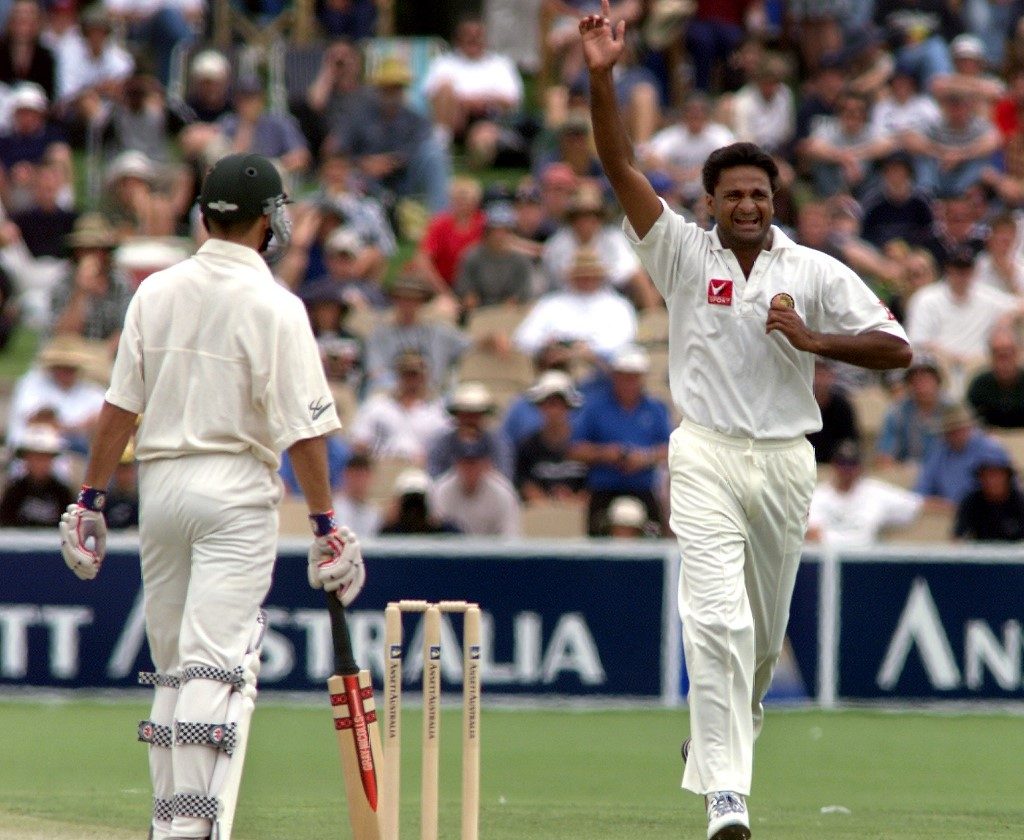 Over the years, India have produced a handful of fast bowlers who have actually managed to rattle the opposition batsmen with their raw pace and talent. Bowling consistently at a speed of 150 kmph or more isn’t an easy task as it requires rigorous training, dedication and a lot of patience. A few pacers have mastered this art in their cricket career. Here’s a look at the Indian quicks who managed to burn the speedometer with their pace.

Playing against Australia in the Commonwealth Bank Series in 2008, Ishant Sharma had clocked the ball at 152.6 kmph to earn a berth for himself in this prestigious list. Ishant had set the speedometer on fire in a game against Australia in CB series as by bowling the ball at a speed of 152.6, he had managed to pick the wicket of Adam Gilchrist. In the same year, he had also stunned the Australian captain Ricky Ponting in the Perth Test during India’s tour of Australia in 2008 with his perfect length and extra pace.

Top 5 Fastest Deliveries in The History of IPL by Indians

Navdeep Saini is relatively new in the international circuit but he is already being deemed as the new pace sensation of India due to his ability of consistently clocking the ball at 150 kmph. The Karnal-born was announced to the cricket fraternity during IPL 2019 as he had taken 11 wickets for Royal Challengers Bangalore. In the same season, he had also bowled the fastest delivery of his cricket career by clocking the ball at a lethal pace of 152.85 kmph.

One of the regular features of India’s pace attack in recent times, Mohammed Shami had stunned the viewers with his lethal pace during the India tour of Australia in 2014. In the third Test match of the four-match series in Melbourne, Shami had clocked a delivery at 153.2 kmph, his fastest delivery till date. Shami had hogged all the limelight in that Test as he was the highest wicket-taker with 6 wickets under his belt.

One of the best pace bowlers of modern-day cricket, Jasprit Bumrah featured on the second spot in this list. Bumrah had managed to burn the speedometer with his raw pace during the India tour of Australia in 2018-19. The Ahmedabad-born had kickstarted the highly-anticipated tour by bowling a delivery with a speed of 153 km/hr in the first Test of the four-match series. He had also emerged as the joint-highest wicket-taker in the Border Gavaskar Trophy 2018-19 with Australian spinner Nathan Lyon with 21 wickets.

Javagal Srinath, who spearheaded the Indian pace attack in the 90s, holds the record of bowling the fastest delivery ever by an Indian seamer. Srinath was one of the highlights of the South Africa tour of India in 1996-97 as he had put on a spectacular show with the ball. During a game in 1997 against SA, he clocked one of the deliveries at 157 kmph, the fastest by any Indian till date. Apart from this, the pacer, hailing from Karnataka is the only bowler to have 300 One Day scalps on his name.

AUS vs IND: Five most memorable Test matches between India and Australia