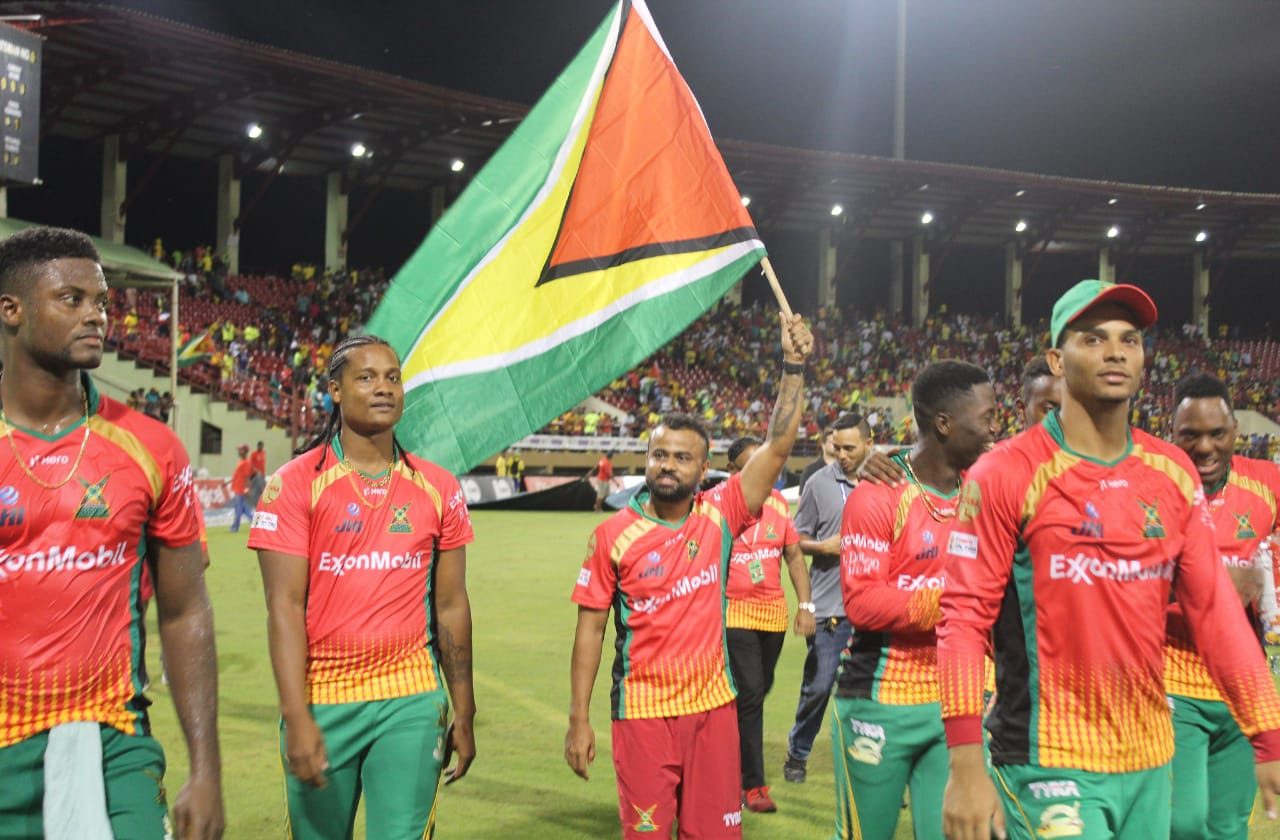 After establishing a record winning streak of 11 matches where they clean swept all 10 group games, the Guyana Amazon Warriors lost the CPL 2019 final against Barbados Tridents. Despite the loss, Warriors became the first team to enjoy such a winning streak in franchise cricket. Although none of the Indian cricketers featured in the tournament, an Indian played an integral role in Guyana’s CPL success. We caught up with the analyst of Guyana Amazon Warriors, Saurabh Walkar.

Saurabh has been in the field of cricket analysis for more than a decade. His longest assignment was with the Mumbai domestic team where he worked for around nine-ten years. Plying his trade in franchise cricket, the Mumbaikar has served in the Indian Premier League (IPL), Pakistan Super League (PSL), Bangladesh Premier League (BPL) and more recently in the Caribbean Premier League (CPL). We caught up with him to know more about his experience in the CPL and his overall journey as an analyst.

100MB: Let’s begin with your latest venture – in CPL with Guyana Amazon Warriors. Your thoughts on the loss in the final?

Saurabh Walkar: Final is all about handling the pressure. It does not matter how well you have performed in the past, it is all about how you perform on that day. I think we were going well in the first 15 overs of the first innings but we conceded a lot many runs in the final overs. In the league games, we were taking wickets in the death overs but we failed to do so in the final. Even in the chase, with Brandon King and Nicholas Pooran at the crease, we were in control but we lost wickets in a heap.

Q: But the team did build a record winning streak of 11 matches. How did that come about?


SW: Yes, we did end up winning 11 matches on the trot but our focus was always on the next match. We had certain plans in place which were based on our strengths as a team. We knew what we had to do against a specific opposition at a specific venue. Everyone including the support staff was very clear on the role each one had to play. It was a fantastic team effort.

Q: A lot of the credit goes to your strategy of using spin bowling as a primary weapon.


SW: It was our strategy. That’s what my role is in the setup. I studied the past two-three seasons of the league and analysed player performances, worked on their strengths and weaknesses and realised that the spinners were more effective in CPL than the pace bowlers. They had better strike rates and better economy rates. If the spinners take early wickets, then the batting team will struggle to maximise the death overs so we planned to attack with spinners in the initial overs.

Q: You had a tremendous variety in the spin attack, skill and experience-wise. How did you approach them? and what areas did you work on?

SW: Usually, teams rely on a part-time off-spinner but we had a specialist in Chris Green. I have seen him since his Big Bash League exploits and we were together in the PSL as well. He is a very intelligent bowler, he has a lot of variations. I won’t be surprised to see him in the IPL soon. We had Shadab (Khan) playing the first three matches for us. Later Imran Tahir joined. We all know his wicket-taking ability. Then we also had Qais Ahmed from Afghanistan. Although he is a leg-spinner like Tahir, Qais has a quick-arm action so that brought a lot of variety into our attack. On occasions, Shoaib Malik contributed with the ball.

Q: Malik had a fantastic season with the bat, especially after a disappointing World Cup. What changed for him?


SW: Shoaib Malik is the backbone of our batting unit. He was very clear about his role in the lineup. We had plenty of big-hitters in our side, so we needed someone to anchor the innings. And Shoaib was perfect for that role. He bats differently, initially focusing on singles and on rotating the strike, takes his time at the crease and then goes for his shots.

Q: We saw new stars emerging from Guyana Amazon Warriors this season. The likes of Brandon King, Chandrapaul Hemraj and Romario Shepherd performed exceptionally well. Your analysis of them?


SW: Brandon had played for other teams in the CPL but our coach Johan Botha had different plans for him. I think a lot of credit goes to the coach, he was very keen on pushing Brandon ahead. In fact, him being emotional after Brandon’s century (132 against Barbados Tridents in Qualifier 1) is a testimonial to Botha’s attachment.

Hemraj was impressive against both spin and pace. Even Brandon played spin very well. That allowed us to be aggressive in the powerplay. Shepherd showed his capability last year also. Now he has been selected for the West Indies as well. I think these youngsters were very well prepared this year and that worked.

Q: Your fondest memory from this CPL season?


SW: It was a pleasure working with such a professional team. Everyone in the team including the support staff was crystal clear about their role. I have never seen such a professional setup in any franchise cricket. Also, they know how to switch on and off the field. Visiting the world’s largest single-drop waterfall, Kaieteur falls in Guyana was a memorable experience for me.

What was more enthralling than this place itself, was the 10-seater airplane 👩‍✈️🛩️ which took us here. Longing to be back at this place in Guyana, and fall in love with its beauty once again…♥️😍♥️😍♥️

Q: Tell us about how you got into video analysis


SW: In 2006-07, CCI (Cricket Club of India) hosted a cricket camp with English players participating. I used to bowl in that camp. There I met Dhananjai who is currently working with the Indian team as an analyst. He was the one who introduced me to this field. I then trained in Chennai and started working as an analyst.

Q: How did the Mumbai Cricket Association (MCA) find you?

SW: I had joined SportsMechanics in Chennai and through them, I was working on an umpiring project for the BCCI. After that, I was called up by MCA. I served the association for almost 9-10 years.

Q: How was it stepping into the Mumbai dressing room full of stalwarts?

SW: I remember the first time I entered the Mumbai dressing room. There was Sachin Tendulkar, Wasim Jaffer, Ajit Agarkar, Ramesh Powar and other stars. It was an intimidating experience. I would not even keep my bag with the players, I would keep them outside the dressing room.

With time, I became comfortable with them. I remember Mumbai were playing a semi-final against Services and Sachin was playing in that match. He came up to me and inquired about the Services bowlers since he had not seen them. For a player of his stature, he did not take anything for granted, it was a great learning experience for me. Wasim has been a great friend. All he talks about is cricket and he is very well-informed on what’s happening in the game.

Q: In the IPL, you were a part of Rajasthan Royals. How was your experience of working with Shane Warne?


SW: I was very tensed as my IPL stint approached, especially nervous about meeting Shane Warne. It was the second edition in South Africa. But when I met him, he took the first step and introduced himself to me. I could not believe as he went on saying, “My name is Shane Warne and welcome to the team”. He made me comfortable and always treated me as an integral part of the team. It was a great experience working with him and coach Darren Berry.

Q: What will be your advice to someone who wants to build a career as a video analyst?

SW: Many think it is the simplest way of getting into the game. I get so many calls every day saying, “I want to be an analyst, what should I do?” It is not easy. I trained for two years to begin working as an analyst. Anyone who wants to get here has to undergo proper training. And of course, you need to be passionate about cricket. Because there’s a tremendous struggle. Now that the CPL stint over, I have to seek work to keep myself busy. 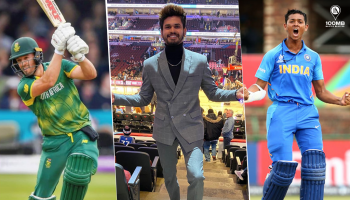 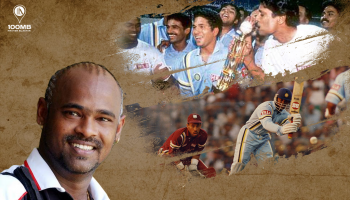 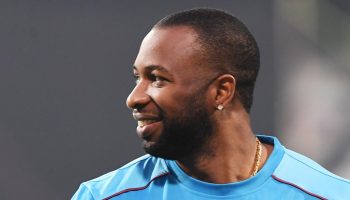 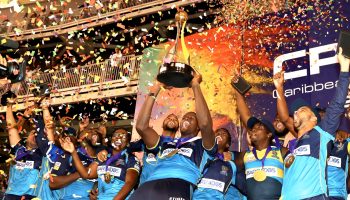