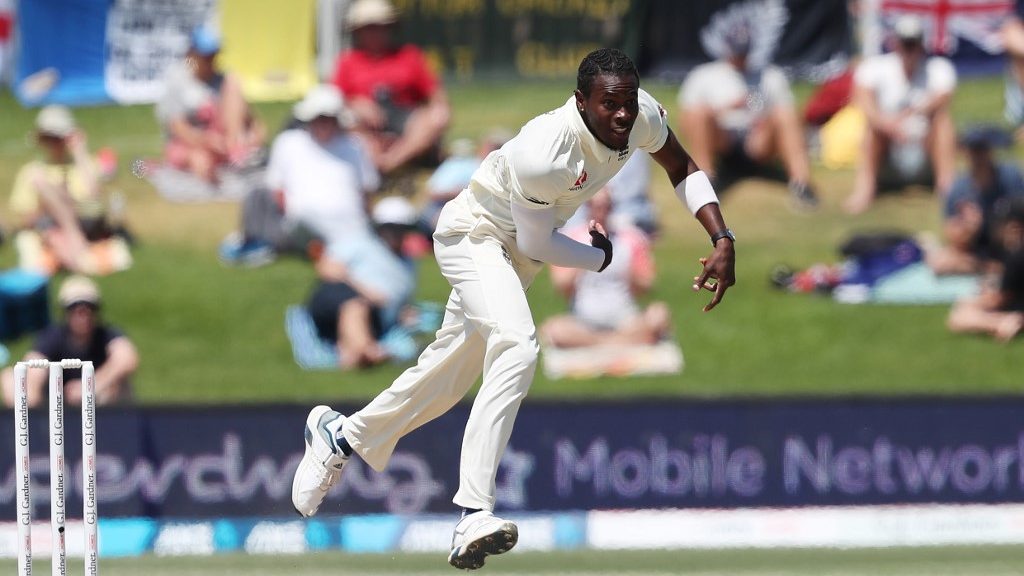 England fast bowler Jofra Archer has revealed that he has copped racial abuse on social media over the past few days. The pacer was dropped ahead of the 2nd West Indies Test owing to breach of bio-secure protocols.

Archer spent a five-day isolation period during the 2nd Test at Manchester after he broke protocol following the end of the 1st Test. Instead of heading straight to Old Trafford from the Rose Bowl, he stopped at drive back to his house in Hove. Following the incident, the England and Wales Cricket Board handed him a fine along with a written warning. Archer tested negative twice for Covid-19 and is now available to play the 3rd Test, starting Friday (July 24).

In his column for Daily Mail, the cricketer wrote about the ‘fickle-minded’ nature of social media. He also emphasized how a cricketer is treated as a hero one minute and criticised the very next.

Come back when you can use your real name and real display picture 😘#warrior https://t.co/RuRoREyhzG

“Some of the abuse I have taken over the past few days on Instagram has been racist and I have decided that enough is enough,” Archer said.

The cricketer admitted he made a mistake and immediately issued an apology to the ECB and both teams.

“I know what I did was an error of judgement and I have suffered the consequences of that. I did not follow the advice and therefore apologised to my team-mates, to the West Indies team and to everyone involved in the series. But I haven’t committed a crime and I want to start feeling myself again,” he added.

Not the first time

Incidentally, this is not the first time that the Barbados-born cricketer has been subject to racial abuse. Last year on the tour of New Zealand, a spectator racially abused Archer from the stands. He was banned from attending international and domestic matches in New Zealand after he came forward and admitted his actions. Earlier this year, Archer took a screenshot of the abuse he received on social media and asked the authorities to take necessary action against the offender.

Since the protocol beach and owing to the harsh scrutiny, the 25-year-old said he has been struggling for motivation in the nets.

“I found I was struggling for motivation in the circumstances when it came to returning to bowling in the nets. When I walked outside of my room for the first time since being placed into self-isolation for breaking the Covid-19 protocols, I heard the cameras clicking with every single step I took,” he said.

Fortunately, Archer has received support from all corners, including his teammate Ben Stokes. After a brief interaction, Stokes advised Archer on how to deal with the pressures of being in the spotlight of international sport.

“Now, I need to be 100 per cent mentally right so that I can throw myself into my cricket this week,” Archer said.

Playing in the IPL will be great but plenty of planning needed, says Williamson