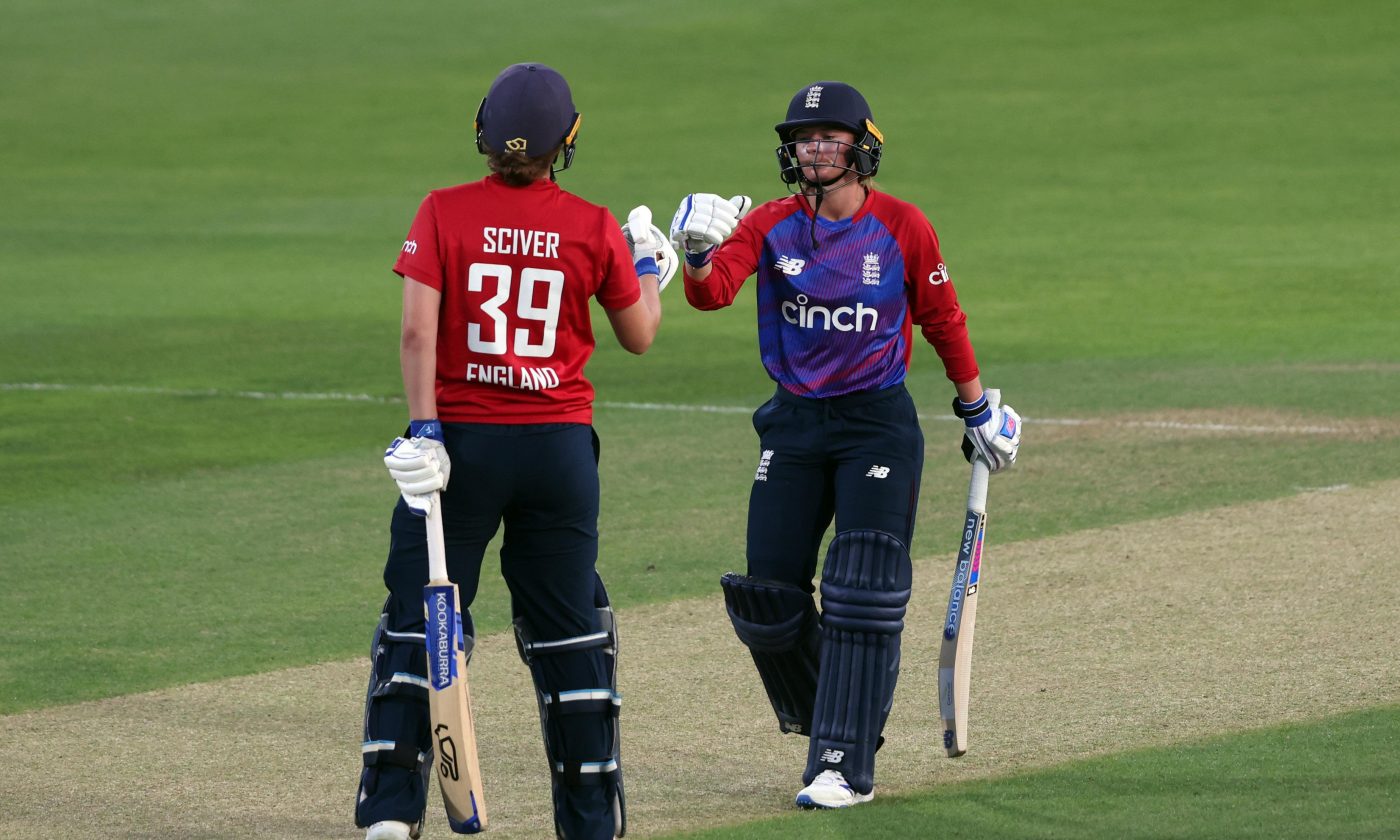 England women clinched the T20I series 2-1 against India Women. They won the decider by 8 wickets in dominating fashion, chasing the target of 154 runs with 8 balls to spare. The visiting captain Harmanpreet Kaur won the toss earlier and opted to bat first. 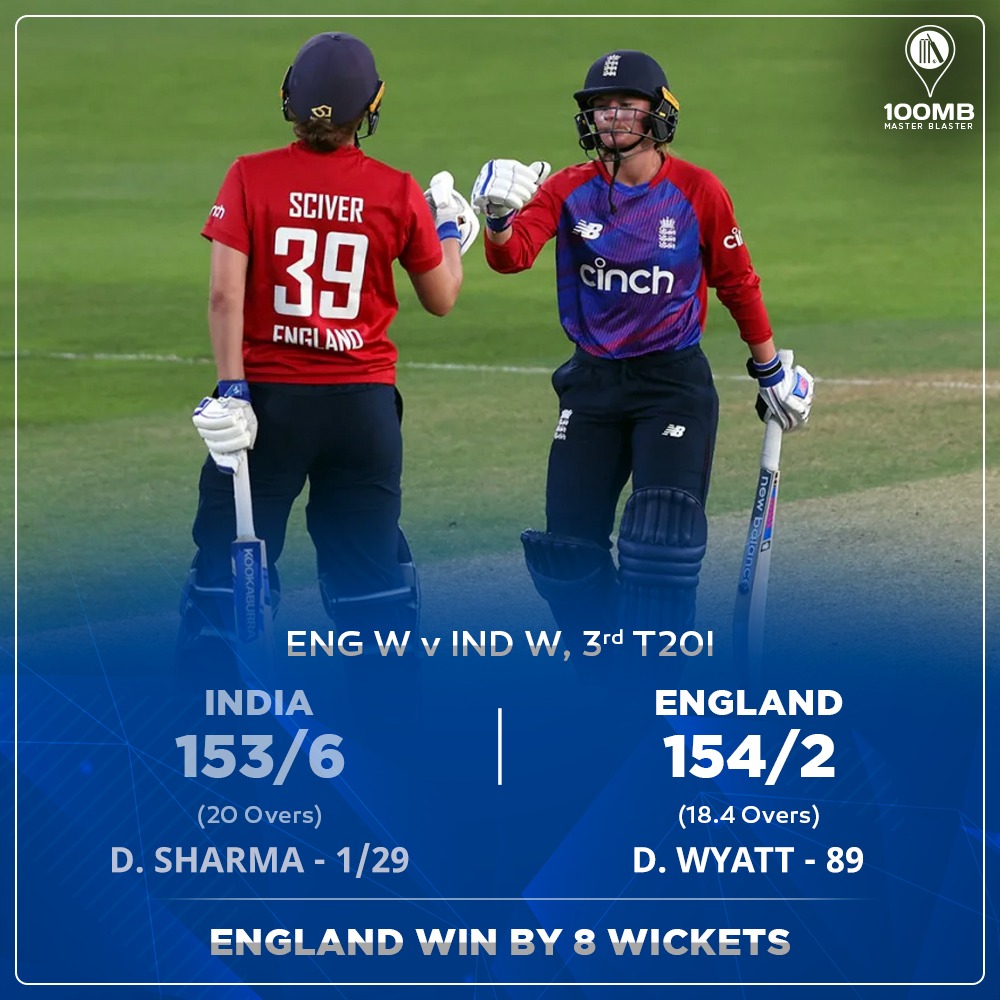 India lost their star opener, Shafali Verma, in the very first over. She was dismissed for a duck by pacer Katherine Brunt. Harleen Deol, who came to bat at No. 3, could not stay long, scoring only 6 runs off 10 balls. Smriti Mandhana and Harmanpreet Kaur stitched an important partnership of 68 runs for the third wicket. India posted a total of 153/6 in 20 overs with Smriti top-scoring with 70 runs off 51 balls.

Harmanpreet scored 36 runs off 26 balls, while Richa Ghosh hit a quickfire 20 off 13. For the hosts, Sophie Ecclestone picked 3/35, and Katherine Brunt took 2/27 runs in their four overs respectively.

Chasing this target, England women never looked in trouble as opener Danielle Wyatt played a magnificent knock. She scored 89 runs off 56 balls with the help of 12 four and 1 six. Natalie Sciver also contributed 42 runs off 36 balls with 4 fours coming off her bat. Wyatt was adjudged as the player of the match while Sciver won the player of the series award.

The @englandcricket opener hit an unbeaten 89 to steer her side to a famous series victory.#ENGvIND | https://t.co/nXX1F7dw7B pic.twitter.com/PK3fBI4sIT

The England opener played a key role in helping the team chase the target quite comfortably. She shared a partnership of 112 runs for the second wicket with Nat Sciver. Wyatt remained unbeaten till the end.

The Indian left-hander came to bat as an opener in the first over and stayed at the crease till the 17th over. She hit 8 fours and 2 sixes in her superb knock. Mandhana’s knock helped India put up a challenging total but it went in vain in the end.

7 – This was the seventh consecutive series loss for India women in the limited-overs format in England. The last time they won a bilateral series in England was in 1999.

3 – This was the third time Danielle Wyatt won the Player of the Match award against India in Women’s T20Is. She is on the top spot in this regard.