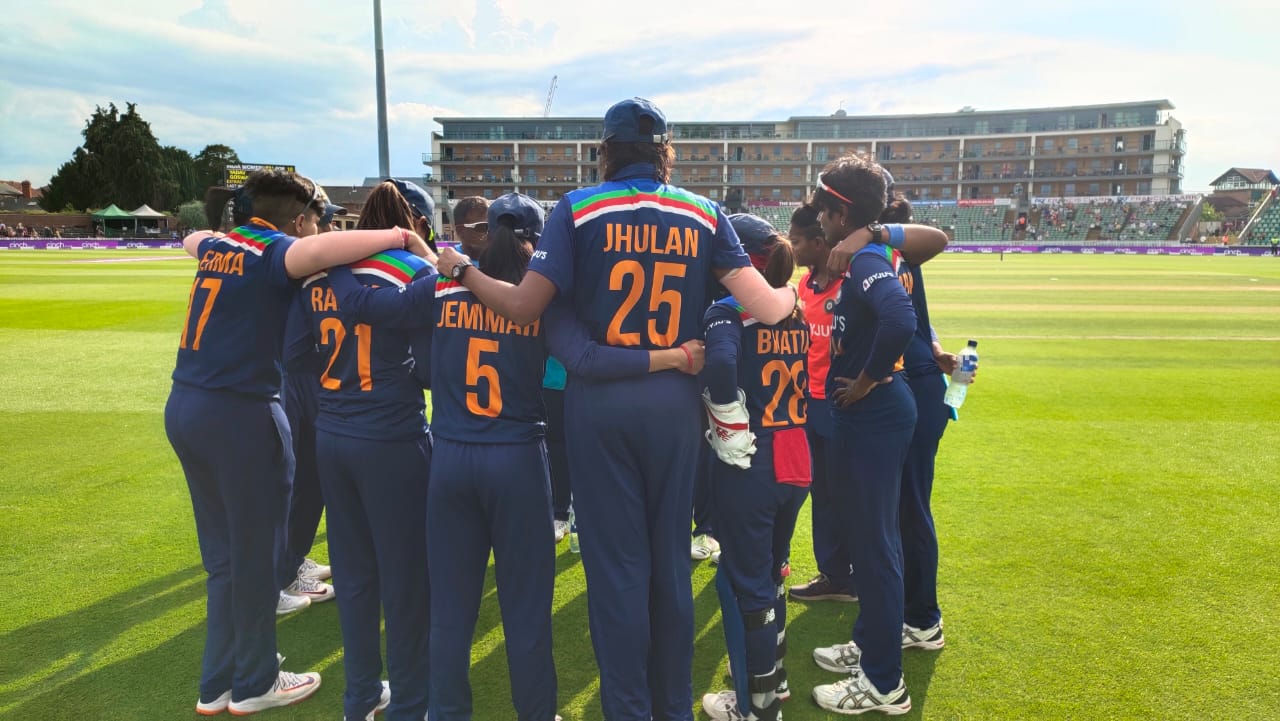 England-W and India-W are currently rubbing shoulders against each other in a three-match ODI series. While the home side has already won the series, India will step up in the 3rd game on July 3 to avoid the whitewash. The 2nd ODI between the two of them saw the English side winning the game by five wickets, where Kate Cross unlocked her sheer magic with the ball. She bagged a classy fifer to assist the team and eventually grabbed the player of the match award.

India, batting first, could post 221 runs on the board where the show was led by skipper Mithali Raj (59 off 92), and Shafali Verma chipped in with vital 44 runs. From the England side, Sophia Dunkley was the shining spot in their batting setup who played an unbeaten knock of 73 runs. Lauren Winfield-Hill produced 42 runs to take the team over the line.

A bit overcast and windy and the square here has been covered. 🕵️#ENGvIND pic.twitter.com/pTTOYFA9jb

The English side might make a few changes to dominate again. In that manner, they might rest Katherine Brunt or Anya Shrubsole who bowled so many overs even in the Test match. On the other hand, Freya Davies or Natasha Farrant may get a nod for the 3rd ODI coming up. It remains to be seen if they can pull off a whitewash against the Indian side. There is also a chance that the hosts might not make any changes and be ruthless.

India will take up the field in the 3rd game to save pride and avoid the whitewash. It is highly likely that the team would go unchanged. However, if they feel like resting the likes of Jhulan Goswami who has been relentlessly bowling since the tour started, they might do so and bring in the fresh legs of Pooja Vastrakar.

On this day in 2018: Aaron Finch smashes away the highest T20I score

Top 5 batsmen with most sixes in ODI cricket history