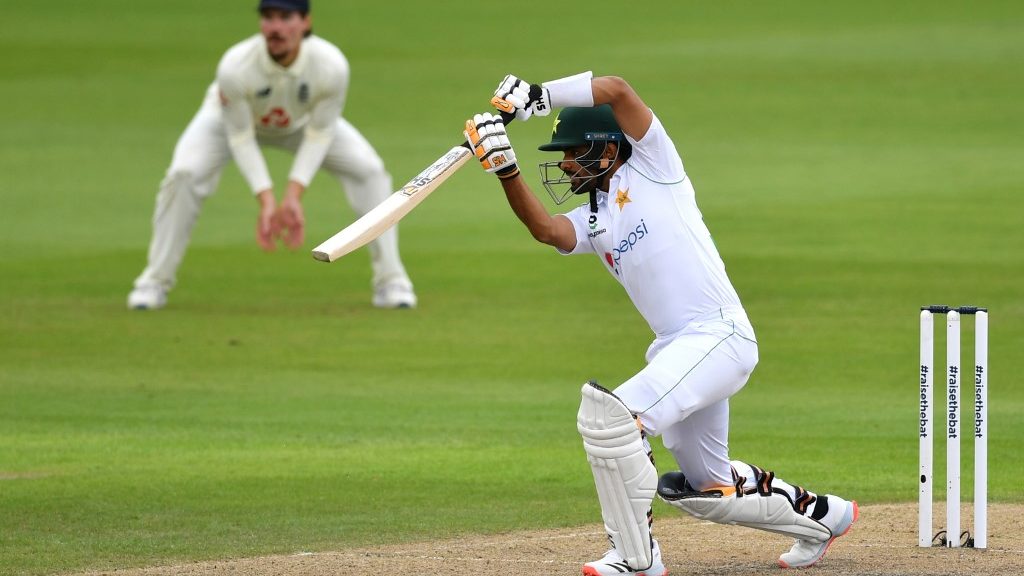 England and Pakistan kicked off their three-match Test series at Old Trafford, Machester on 5th August, Thursday. The home side had earlier defeated West Indies 2-1 and shall be equally confident against the Asian team. Pakistan have the best record in England amongst Asian countries and they began well on the opening day of the first Test. Choosing to bat first, Pakistan finished the rainy day on 139/2 with Babar Azam (69*) and Shan Masood (46*) at the crease. The first day’s play saw only 49 overs being bowled as rain and bad light played spoilsport.

Archer-Woakes impress in the first session

Pakistan captain Azhar Ali won the toss and chose to bat first at Old Trafford. Shan Masood and Abid Ali began steadily in bowling-friendly conditions. The opening duo was alert enough to pick quick singles at their disposal and kept the English fielders on their toes. It was Jofra Archer’s excess pace that earned the home side their first wicket. He breached Ali’s defence to disturb the woodwork. Chris Woakes extracted impressive lateral movement and trapped the Pakistani captain in front of the stumps before he could score a run.

An absolute beauty from @JofraArcher! 🔥

All eyes were on Pakistan’s superstar in making, Babar Azam when he walked out to bat. The right-hander enjoys batting in England and he had shown that his in limited-overs appearances in England. Against a pack of world-class bowlers, Babar stood tall once again and dominated them. His exquisite cover drives and attractive straight drives showed the class he possesses. After a steady start, he started dealing in boundaries and looked increasingly confident at the crease. His unbeaten knock of 69 runs has come from only 100 balls and it includes 11 boundaries.

On this day: Four vibrant cricketers share their birthday