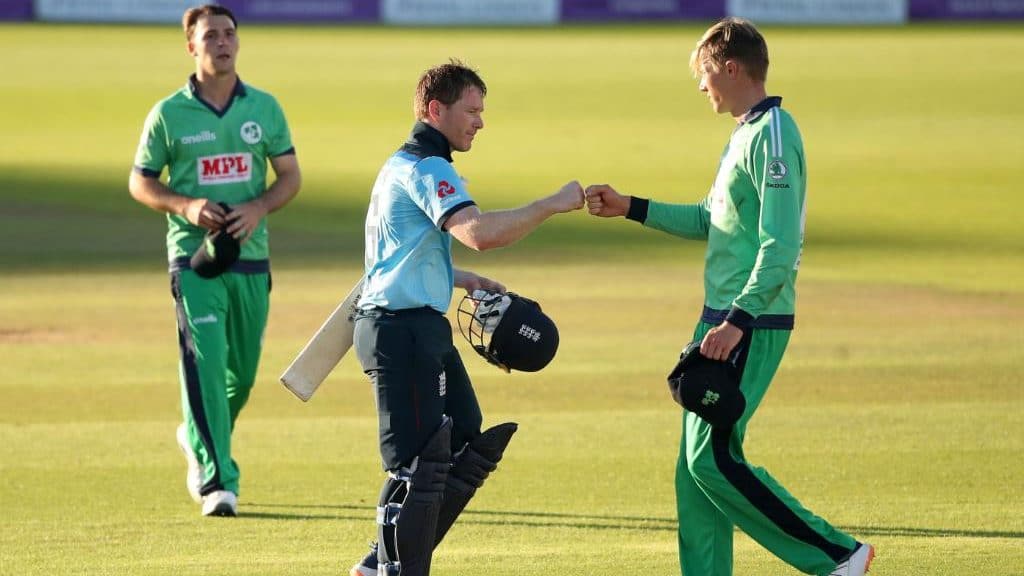 ODI World Champions England clinched a comfortable victory against Ireland in first of the three-match series at the Rose Bowl, Southampton. David Willey and Saqib Mahmood rocked the Irish early to induce a sensational collapse. Debutant Curtis Campher led the recovery, however, it proved inadequate against England’s talented batting line-up. Sam Billings carried his side home with 67 not out from 54 balls. He was named Man of the Match for his spectacular knock. Here’s how the match unfolded.

World Champions England were ruthless in their selection process for the mega tournament. Willey was left out of the World Cup squad to accommodate Jofra Archer. The left-arm pacer was disappointed but wished well to his replacement. This ODI against Ireland was Willey’s first appearance for England in ODIs after his non-selection. Proving his worth to the side the left-arm pacer picked up two wickets in his first two overs. In his fourth over, he struck on consecutive deliveries to cripple the Irish challenge. Ireland, at that stage, were languishing at 28/5 and were in grave danger of not fulfilling their promise.

Looking forward to the new breed of young cricketers, Ireland fielded two debutants in Harry Tector and Curtis Campher. While Tector registered a duck on his debut, Campher impressed with his solid knock. In company with the veteran Kevin O’Brien, Campher became only the third Irish batsman to complete at least 50 runs on his ODI debut. The record for most runs on ODI debut for Ireland still belongs to the English captain, Eoin Morgan. Campher remained not out on 59 as he ran out of partners. Ireland eventually posted 172 which was incredible from the situation they were in, but not adequate to challenge the world champions.

Curtis Campher is only the 17th player to score a fifty and take a wicket on ODI debut 💪 #ENGvIRE pic.twitter.com/tdYLVRtQ45

Despite a disappointing performance in the first innings, Ireland did not let their spirits down. Opting to attack Jonny Bairstow early with spin worked to perfection as the opener fell in the third over of English innings. Jason Roy tried to accelerate the scoring but was trapped by Craig young after adding 24 runs from 22 balls. James Vince looked good while hitting attractive boundaries but failed to build a long innings. Tom Banton was the next to go with Campher completing a fantastic debut. England at that stage 78/4, still 95 runs away from the target.

Sam Billings was not supposed to be in the playing 11 for this match but it was Joe Denly’s illness that eased the way for the youngster. The batsman made the most of the opportunity that he received and played a scintillating knock of 67 not out from just 54 balls. The innings studded with 11 boundaries ended any hopes that Ireland could have garnered of an upset. Captain Eoin Morgan played a solid hand at the other end and witnessed this youngster taking the side home. England won the game comfortably with 6 wicket and 133 balls remaining. The home side has now taken 1-0 lead in the three-match series. These two teams will square up once again at the same venue on 1st August, Saturday.