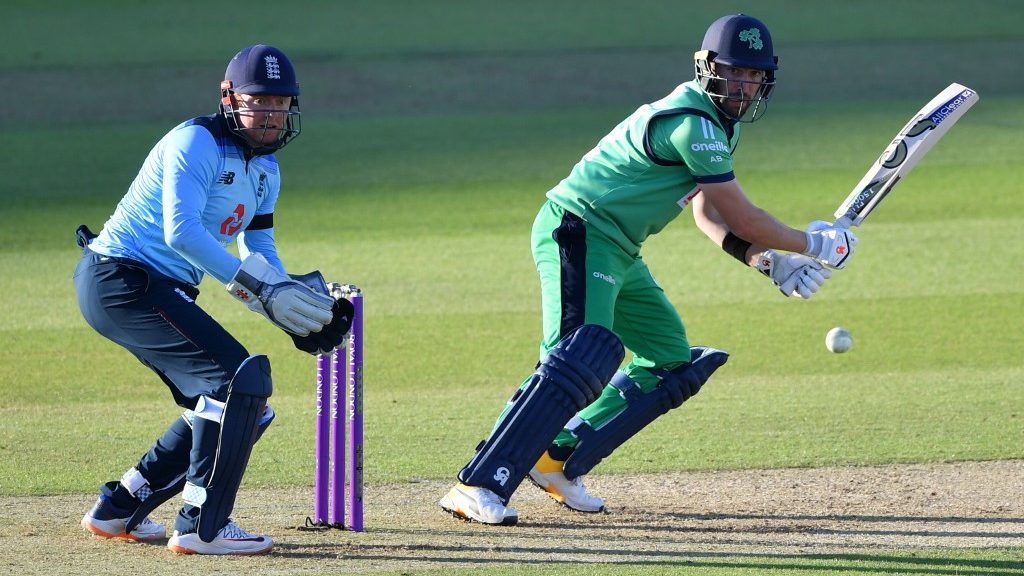 The three-match ODI series between England and Ireland concluded on Tuesday with the hosts winning it by 2-1. England had won the first two ODIs to seal the contest and were expected to whitewash Ireland. But the visitors pulled off a stunning win chasing down 329 in the final match thanks to Paul Stirling and Andrew Balbirnie’s centuries. England captain Eoin Morgan also slammed 106 runs off just 84 balls but his innings went in vain.

Here are all the major stats and numbers recorded during the 3-match ODI series between England and Ireland:

1 – The victory in the 3rd ODI turned out to be the first international win for Ireland in England. The Irish team had played four ODIs and a Test match against England in England before Tuesday and ended up on the losing side in all the five games.

1 – Curtis Campher has become the first male cricketer to score fifties and pick at least one wicket in both ODIs. Campher scored an unbeaten 59 and took a wicket during his debut game on Thursday. In the 2nd ODI, he got out scoring 68 and returned figures of 2/50 with the ball.

1 – The one run scored by Moeen Ali in the 3rd ODI was his only real contribution in batting or bowling or fielding during this series. Moeen bowled 25 overs without any success and didn’t claim a catch either but scored one run across two matches.

5 – Eoin Morgan and Andrew Balbirnie scoring hundreds in the 3rd ODI was the first instance of both captains with tons during an ODI played on England soil. Overall, this was only the 5th occasion in Men’s cricket where captains of both teams scored hundreds in an ODI.

21 – Jonny Bairstow completed his fifty in only 21 balls during the 2nd ODI which makes it the joint-quickest in the ODI format for England. Eoin Morgan also had a 21-ball fifty in this format which he recorded during the 2018 Nottingham ODI against Australia when England blasted the highest Men’s ODI total.

72 – Jonny Bairstow completed 3000 runs in ODI cricket during the 2nd ODI. Bairstow reached the milestone in 72 innings making him the joint-fastest player to reach 3000 ODI runs for England alongside Joe Root.

215 – Eoin Morgan went past MS Dhoni’s tally of 211 to score the most sixes in international cricket by a captain.

142 – Paul Stirling’s 142-run knock in the 3rd ODI is now the 2nd highest score in an ODI chase for Ireland. Andrew Balbirnie’s unbeaten 145 in last year’s ODI against Afghanistan remains the highest individual ODI score while chasing for the Irish team.

151 – Adil Rashid became the first spin bowler to bag 150 wickets in the ODI format for England. Rashid went past the milestone during the 2nd ODI where he took three wickets. He is also the 6th fastest spinner to reach 150 wickets in ODI cricket.

329 – The successful chase of 329 by Ireland in the 3rd ODI is now the highest successful ODI chase by a visiting team in England surpassing India’s 326-run chase in the 2002 Lord’s Final against the hosts.