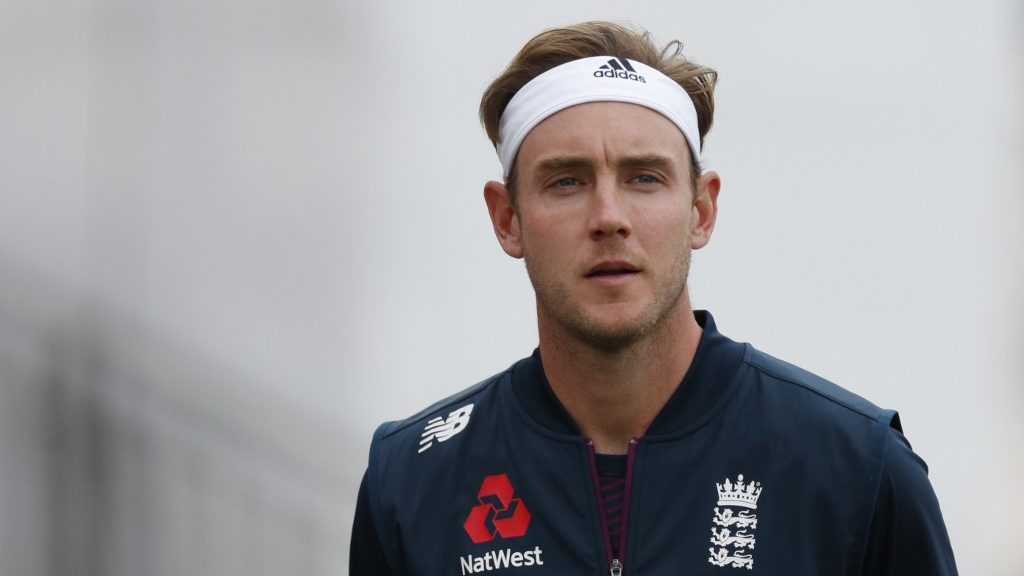 England veteran pacer Stuart Broad is not a sure starter for the Lord’s Test against India, scheduled to start from August 12, following a tweak to his right calf. CricTracker understands that the England and Wales Cricket Board (ECB) is yet to officially announce the development regarding Broad’s availability, meanwhile, pacer Mark Wood is likely to be slotted in.

It is understood that Broad would need to undergo scans, and his participation in the second Test would be subjected to the results. The 35-year-old went wicketless in the first innings of the Trent Bridge Test, although he managed to dismiss KL Rahul in the second innings towards the fag end of Day 4. With no play possible on the fifth and final day due to persistent rain, the opening fixture ended in a draw, with both teams earning four points in the second World Test Championship cycle.

Notably, England already does not have the services of Ben Stokes, who has been in and out of action ever since injuring his finger in the 14th Indian Premier League, and Jofra Archer, whose recurring elbow issue has ruled him out of the entire year. Furthermore, England could not name Chris Woakes in their 17-man squad after the pacer injured his heel against Sri Lanka during the home series.

In another development earlier on August 10, England roped in spinner Moeen Ali into their squad who is expected to join the members for training. Notably, England did not field even a single designated spinner in their XI at Trent Bridge, relying only on the part-time spin of Daniel Lawrence and Joe Root. Although, neither of them were used.

Ali last played a Test in February against India in Chennai, following which he left the team owing to England rest and rotation policy. He was not a part of the team that lost to New Zealand at home 0-1 in June 2021, as he was rested alongside all of England’s IPL bound players.