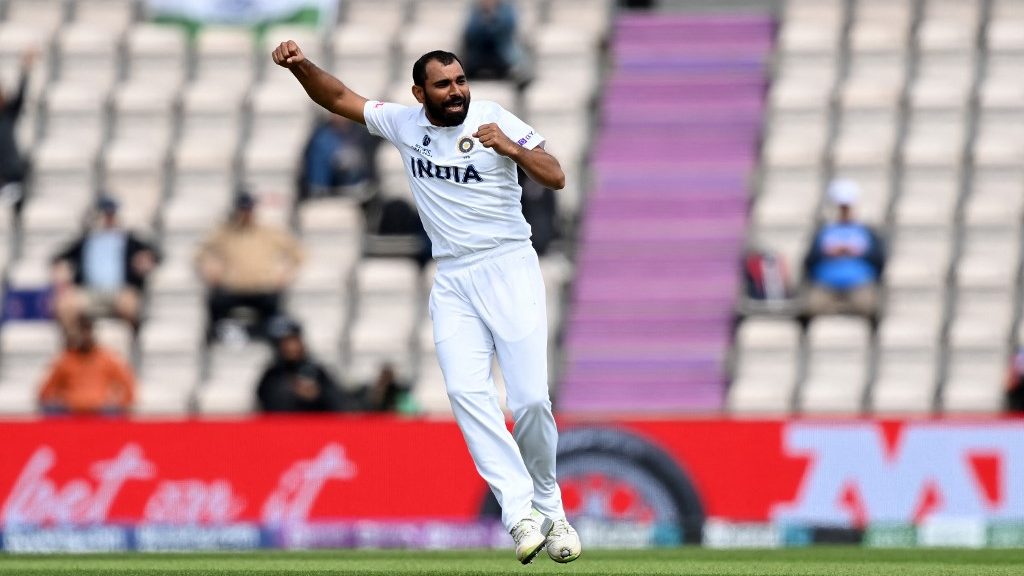 India started day one of the first Test at Trent Bridge in style by bundling England out for just 183. That skipper Virat Kohli lost the toss and yet India skittled the home team for a total below 200 speaks volumes of the performance of the bowlers. All the four pacers – Mohammed Shami, Jasprit Bumrah, Shardul Thakur, and Mohammed Siraj, were brilliant throughout the day.

If Bumrah started things off in style by sending England opener Rory Burns for a duck, then Shami too was up to the task by sending the other opener Dominic Sibley back in the hut for 18. The pace duo picked up seven wickets among them and made the task a bit easier for the batters for the next couple of days.

Speaking about the performance, Shami was happy with how things panned out on day one. “Obviously because 183… as per me we should make a good score and take the lead. We are in a good position because any team you bowl out for 183 at its home is a good performance,” Shami said at the post-day press conference.

India batters played out the tricky period and came out unscathed with Rohit Sharma and KL Rahul adding 21 runs by stumps on day one of the first Test match. Shami further opined that the first hour of day two is crucial and the batters should look to add some runs to put pressure back on England batters.

Shami concluded by saying the Indian batters should focus mainly on the first hour and then think about taking the game deep by getting a lead.

“Our first innings, the bowling part is over. Our batting part is left. I will say only one thing, you need to play the first hour with caution because you should not lose your focus, be in control, so the first thing is to achieve this score and then think about the lead.”