ENG vs IND: Bairstow plucks a one-handed blinder in slips to get rid of KL Rahul 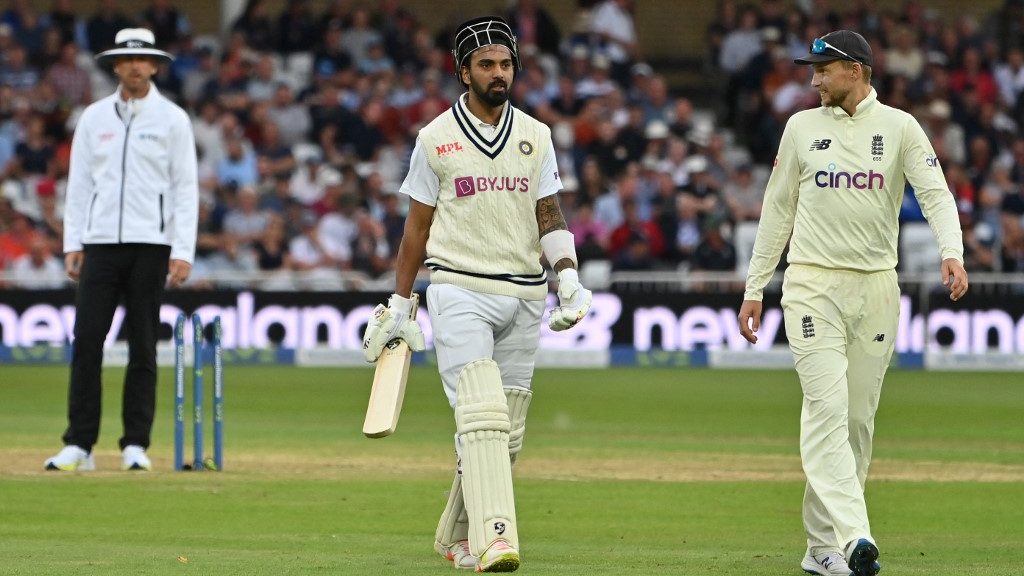 The chances for India to restrain England from levelling the series at Headingley are becoming increasingly grim as they lag 320 behind going into Lunch on Day 3, with nine wickets in hand. After being entirely crushed by England on the first two days, India claimed two quick wickets on a gloomy, overcast morning to restrict their first innings on 432, before going for the session break one down for 34.

The only wicket to fall in the session that India nervously but nearly successfully navigated through was of opener KL Rahul, who was the victim of a blinder of a catch in the slips by Jonny Bairstow off Craig Overton. Alongside Rohit Sharma, Rahul cautiously saw out a hard morning session against some guileful swing bowling from the veteran and their first-innings wrecker James Anderson, however, the last delivery before Lunch brought Rahul 53-ball vigil to an end.

Overton pitched the ball a tad ahead of a length, angling it in towards Rahul, who attempted to defend it but edged it healthily instead. Second slip Bairstow, who dived to his left immediately, held the ball in his left hand to effect what was a stunning one-handed take.

India on the backfoot at Headingley

Rahul would have walked back earlier had he not managed to challenge an on-field lbw shout just in time, when he was ruled out off Ollie Robinson, only for the ball-tracking to reveal that it would have gone down enough to miss the leg-stump. Meanwhile, Rahul’s partner Sharma showed great composure to see off the new ball and keep his wicket intact.

Earlier in the day, Mohammed Shami struck early in the morning, to pin Overton lbw for 32, ensuring that England did not manage to pile more misery onto the Indians. Jasprit Bumrah knocked over Robinson to wrap England with a massive lead of 354.

With over eight sessions of play – weather permitting – left in the game, India would need a batting effort of the ages to deny England a series-levelling victory, which remains the likeliest result possible by how the things stand currently.