With the series on the line for the hosts, the action of the Pataudi Trophy 2021 will now shift to the Headingley Cricket Ground in Leeds, Yorkshire. There is not an inch of doubt the English team is under a bit of pressure going into this match. But, their performance with the bat and the ball in the second innings of the Lord’s Test has raised some more questions.

Having set a target of 272 runs in 60 overs on day five, Indians were good enough to bowl the Englishmen out for just 120 within 52 overs. That nail-biting finish with just overs left in the day would have been massively satisfying for Virat Kohli and co., especially after how the Trent Bridge Test had ended. India might have felt that rain robbed them of what could have been a 1-0 lead in the series, but they managed to gain the lead after the Lord’s Test.

As far as England are concerned, they will return to Leeds for a Test for the first time since their heist against Australia in the 2019 Ashes with a similar situation, but this time without their hero. For India, Headingley brings back several memories from two of their most famous Test wins in England, one in 1986 and one in 2002. Interestingly enough, India has not played a Test at this venue since their famous win in 2002 under Sourav Ganguly. 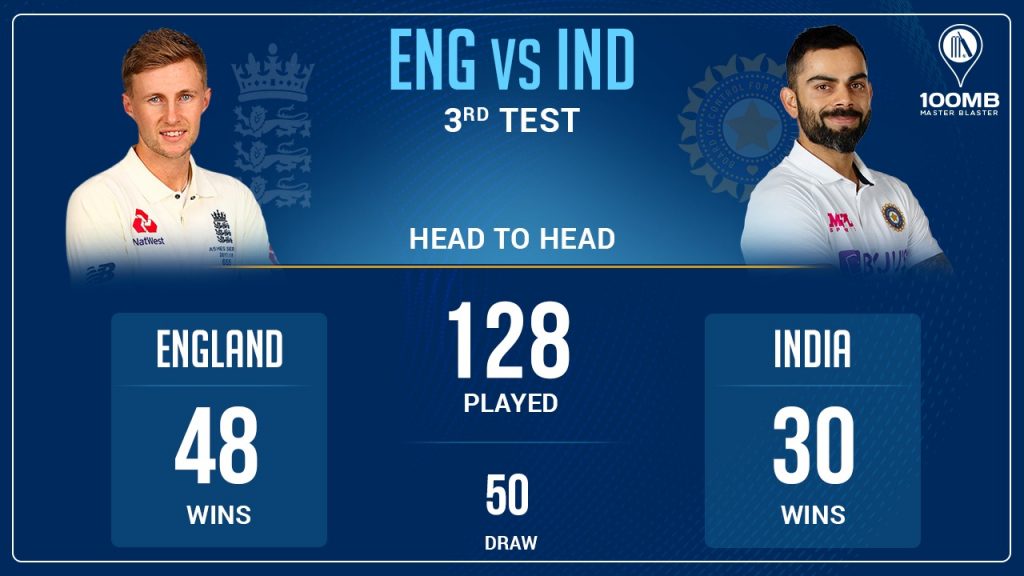 England: England have brought in Dawid Malan for this Test and finally dropped Dom Sibley and Zak Crawley. Haseeb Hameed who made a comeback in the previous match and batted at no. 3, should be pushed up the order to open with Rory Burns, who himself is living on the edge of the knife. Malan is likely to bat no. 3. Mark Wood, despite making it into the squad, has now been ruled out by an injury that he endured at Lords. Saqib Mahmood or Craig Overton are likely to replace him.

India: Captain Virat Kohli had taken the bold call of having four specialist seamers in the previous match and has previously hinted to stick to that template. But, there could be a chance for Ravichandran Ashwin, given how historically, spinners have been useful on the Headingley pitch. Shardul Thakur, who missed the Lord’s Test due to an injury will be back in contention, presenting a selection conundrum for India at no. 8. The rest of the XI should remain unchanged. 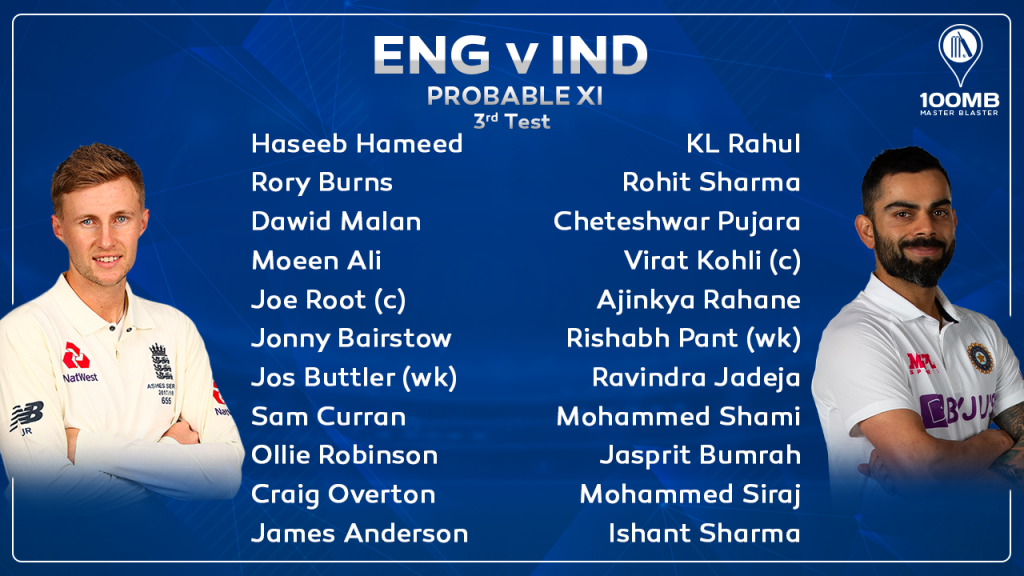 Dawid Malan offers us a lot of experience in the top three: Joe Root