ENG vs IND: 3rd Test – Here’s how the Headingley track looks ahead of the Test 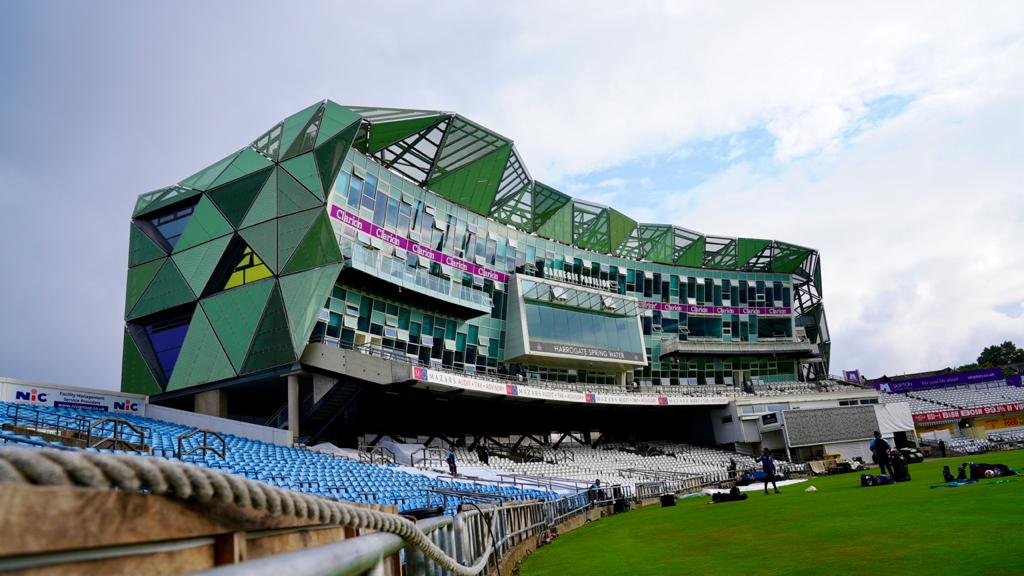 The third Test between England and India gets underway from August 25 at Headingley in Leed’s, as the visitors walk in with a 1-0 lead, having secured a 151-run triumph in the Lord’s Test eight days ago.

Ahead of the third encounter of the marquee series, renowned sports journalist Goerge Dobell gave a glimpse of the Headingley track, which by his understanding appears “a bit wet” and can be expected to be “pretty slow”.

Notably, Headingley has a reputation of being one of the most batting-friendly venues in the United Kingdom, although a slight tinge of grass – how it looks like for now – might sway the things a tad bit in favour of the pacers. In the buildup to the third Test, England’s former skipper Michael Vaughan had contrasting views, as he believes that India should play Ravichandran Ashwin, for the track might have a bit in it for the spinners.

However, this is the look that the pitch wears for now, and the final surface for the impending encounter might as well be different.

India’s vice-captain Ajinkya Rahane informed in a pre-match virtual presser that pacer Shardul Thakur, who sat out of the Lord’s Test due to a hamstring niggle, is fit and available for selection.

Meanwhile, for England, Mark Wood became the latest entrant on the injury list as he has been ruled out for at least the third Test after he injured his shoulder while trying to save a boundary at Lord’s towards the fag end day four. He was in visible discomfort as he left the field for getting treatment and did not bowl more than four overs on the decisive final day.

Wood’s injury comes while England is already gasping over their deteriorating pace resources as they lost Stuart Broad for the entire series after he endured a grade 3 tear in his right calf ahead of the second Test while all four in Jofra Archer (elbow), Olly Stone (back), Chris Woakes (bruised heel) and Ben Stokes (finger and mental health issues) are not a part of the series.

IPL 2021: Ishan Kishan throws light on special text written on all his bats