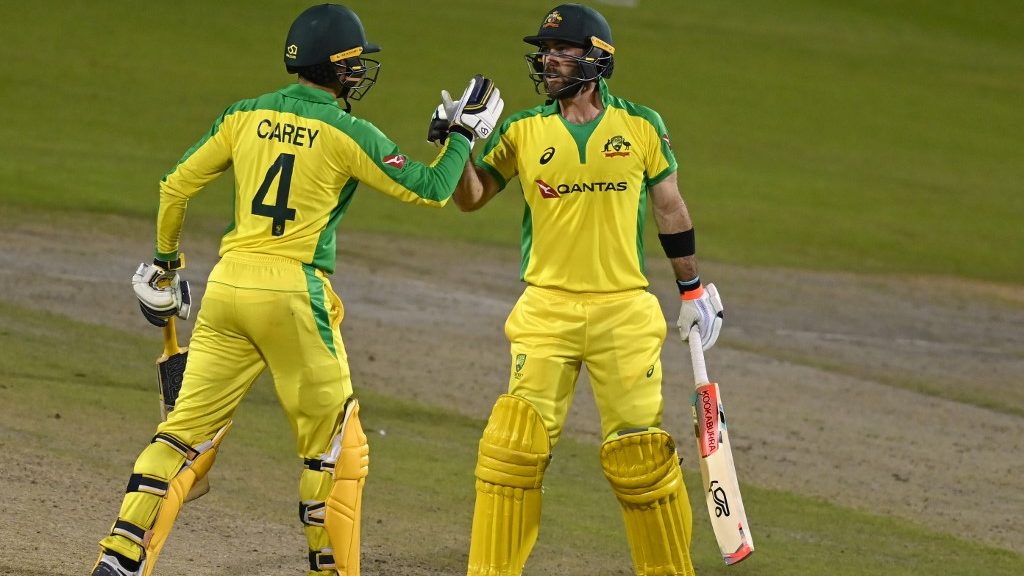 The short limited-over series produced another thrilling encounter at Old Trafford, Manchester as Australia clinched the ODI series 2-1. Chasing 302 runs to win, the visitors were languishing at 73/5. However, Glenn Maxwell (108 runs) and Alex Carey (106 runs) staged a spectacular partnership of 212 runs for the sixth wicket to get the side back in the game. Mitchell Starc then struck a six and a boundary in the last over to complete the series win. Maxwell was adjudged both The Player of the Match and The Player of the Series.

Mitchell Starc provided a thunderous start as he dismissed both Jason Roy and Joe Root on the first two balls of the match. After this massive setback, Jonny Bairstow decided to respond in an attacking manner. He kept the boundary rate as England began consolidating. The wicketkeeper-batsman fell after completing his 10th ODI ton which came in just 76 innings. His final score of 112 consisted of 12 fours and two sixes.

Optimising the given opportunity, Sam Billings partnered Bairstow in resurrecting the English innings. The young batsman struck an entertaining fifty before falling in the 37th over. Chris Woakes (53 runs) and the tail ensured the efforts of Bairstow and Billings counted as they added 82 runs in the last 10 overs. Adam Zampa was the pick of the bowlers with the figures of 3/51 in his 10 overs.

Australia lose half their side

England took two quick wickets as they sent back Aaron Finch and Marcus Stoinis within the first six overs. However, the next three wickets were quite bizarre. Part-time off-spinner Joe Root spun his magic to dismiss David Warner and Mitchell Marsh. Marnus Labuschagne was caught short of his crease while stealing a single. At this stage, Australia were 73/5 with a mountain of runs still to be scored.

Alex Carey’s knock could have finished on nine runs as he handed a simple catch at third man, but Jofra Archer had overstepped on this occasion. Carey made England pay for the reprieve as he supported Maxwell in keeping the chase alive. Swooping on bad balls and playing out good balls, the Australian pair kept getting closer to the target. The duo departed when the victory was in sight. Their 212-run partnership ensured brought Australia at the doorstep of victory. Starc, with his 11 not out of three balls, clinched a memorable triumph.

IPL 2020: 5 overseas players who might feature longer in dug-outs