“Embrace the pressure, don’t fight it” – Sachin Tendulkar shares his life lessons in a special session 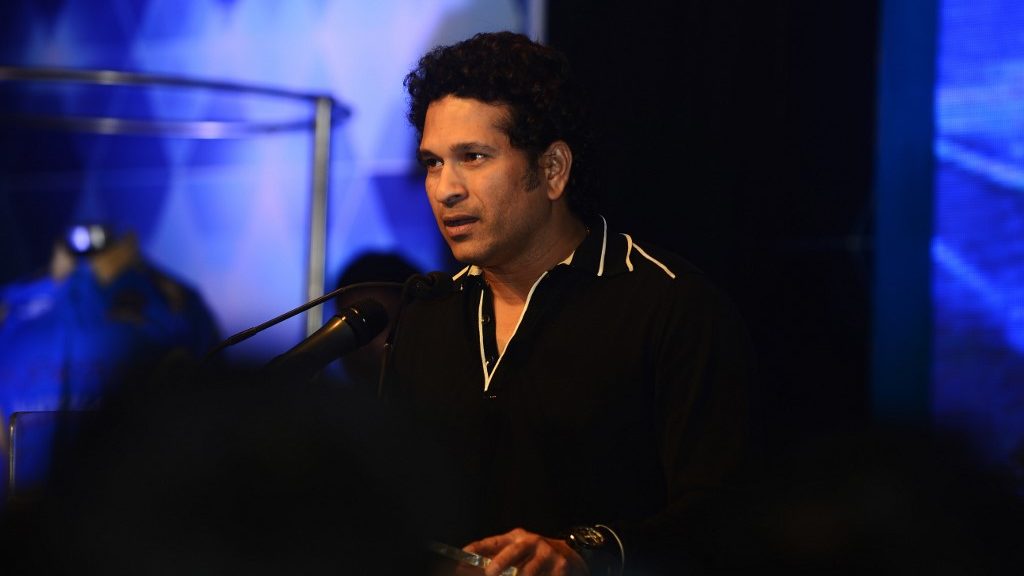 There are masterclasses and then there is the Master Blaster class. On 10th June (Thursday), Sachin Tendulkar was in interaction with Gaurav Kapoor in a special session hosted by Unacademy. During the hour-long chat, Tendulkar shared his perspective towards the challenges he faced in his life. He also recalled many memorable incidents on and off the field. The legend reflected on the lessons that he picked up along the way.

When Tendulkar stepped up to play in first-class and international cricket, he was always the youngest around. While the cricketer admitted that he was initially shy in the team meetings, Tendulkar overcame the barrier and started asking questions to his seniors. Following his coach’s advice, ‘The more you will talk, the more you will learn.’ Tendulkar picked up valuable information from his seniors by asking them various questions. The legend recalled how he and Mike Gatting, a very senior English cricketer, had a discussion about choosing the correct bat.

Tendulkar shared an interesting anecdote regarding how he once asked his teammate to not follow his advice. In a Ranji Trophy game against Tamil Nadu, Tendulkar was batting with Ramesh Powar. The opposition set an attacking field for Powar hoping to dismiss the tail-ender quickly. Tendulkar pretended to caution Powar for not taking any risks, however, he had secretly told him to take the attacking route.

Revealing another interesting ploy against the same opponent, Tendulkar narrated the story of him countering the reverse swing in a Ranji Trophy game.

“I started to stand outside the crease. Hemang Badani would tell the bowler from cover point in Tamil that I was standing outside. I then went into the crease when the bowler started his run-up. I kept changing my stance opposite to what the fielder was informing the bowler. After the match I told Hemang that I understand Tamil,” he said.

During his legendary career, Tendulkar played under various captains to whom he was senior in terms of experience. Here is what the batting legend had to say regarding such a delicate situation.

Rahul Dravid is widely recognised as one of the best batsmen to bat at number three in Test matches. Tendulkar narrated the story of how Dravid got this batting position and the thinking behind it.

“When I became captain of the Indian team, I felt Dravid was more suited to batting at number three. When you go abroad, the pitches are damp. You need a patient batsman there who can leave as many deliveries as possible and tire out the opposition (India were touring South Africa at that time). So we tried out Rahul there. Over the years, Sourav Ganguly and VVS Laxman also batted at number three but Rahul was the one who batted there for a majority of time,” Tendulkar said.

Prithvi Shaw and Shardul Thakur have both played international cricket for India. The duo honed their skills on the maidans of Mumbai and went on to represent the nation. Tendulkar recalled seeing them for the first time and spotting their potential.

It was in the nets of BKC Ground, Mumbai that Tendulkar saw Shaw batting for the first time. The legend was impressed by the ease with which the eight-year-old was picking the line and the length of the ball.

After watching Shaw bat for five-six minutes, Tendulkar exclaimed, “You are watching a future star, he will represent India one day.”

Spotting another future India cricketer, Tendulkar was impressed when he saw Shardul Thakur bowling in the age-group cricket tournaments in Mumbai. The Master Blaster believed that Thakur had a strong action and if he could improve his fitness, he was an India prospect. Thakur fulfilled the prophecy later.

No other cricketer has faced the pressure Tendulkar had to endure during his stellar career. Carrying the burden of the nation’s expectations, the batting maestro gave his secrets about handling the pressure.

“Embrace pressure, don’t fight it. Pressure is going to be your constant companion. If you excel in life, people will have expectations from you. They are expecting something from you because of their past experiences (of you). The solution that we found during the 2011 World Cup was about the direction of the pressure. If the pressure is behind you, it will propel you forward. Let it not sit on the top of your head and push you down,” revealed Tendulkar.

Tendulkar signed off the session with the advice of not to stop chasing our dreams.

“If you are passionate, if you are disciplined and if you push yourself even when you feel like giving up, you can realise your dreams,” Tendulkar added.