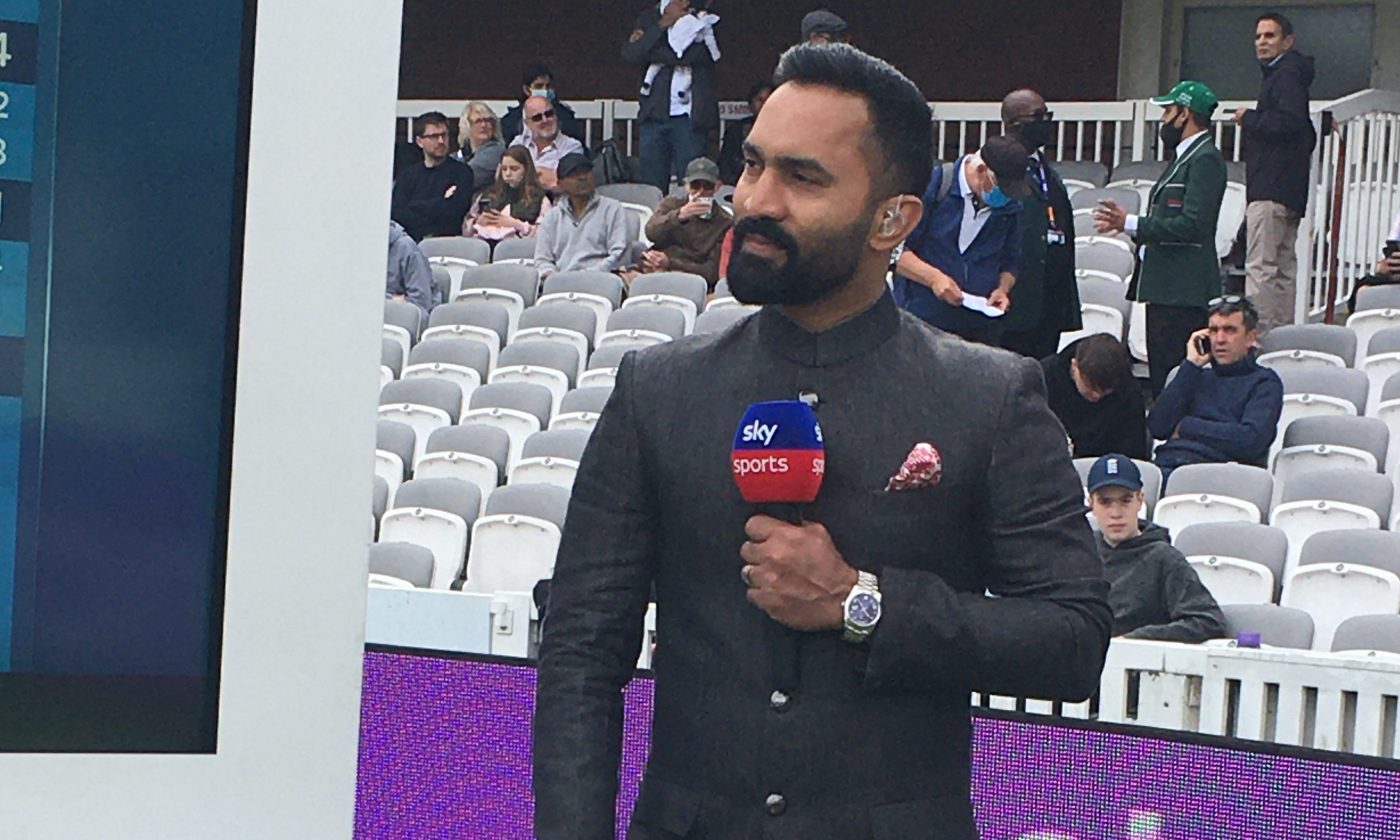 While cricket commentary has been a green pasture for former cricketers, it is extremely rare for an active cricketer to venture into that space. However, India’s wicketkeeper-batsman, Dinesh Karthik, has not only entered that field but has also aced it. A popular sports community in the UK conducted a survey of the nation’s favourite commentators in which Karthik emerged at the top.

Karthik began his commentary stint this season with the prestigious World Test Championship final between Inia and New Zealand. He instantly gained tremendous love and affection from the fans for his witty takes, sharp insights and colourful fashion sense. Soon enough, his popularity soared not only outside the commentary box but inside it too.  The likes of Michael Atherton, Nasser Hussain and other experienced commentators relished his presence.

The Giorgio Armani of broadcasting! 🕶️👓👕

We are going to miss you, @DineshKarthik 👍

OLBG compiled the ranking of the best commentators. Every cricket commentator was rated on the basis of the most positive/negative comments they receive on social media. Former England captain Andrew Strauss came in second place while Alex Hartley was ranked third.

Apart from his commentary, Karthik also conducted interviews with his teammates – Virat Kohli, Rohit Sharma and Jasprit Bumrah which were very well received. With the IPL 2021 on the horizon, the Kolkata Knight Riders wicketkeeper will be leaving the commentary setup at the conclusion of the third Test between England and India. He will be flying to the UAE to join the purple squad and prepare for the remainder of the tournament. Current commentators and fans lamented the fact that they will be missing Karthik in the commentary box.

On this day in 2005: England win by 3 wickets to win thrilling Ashes Test