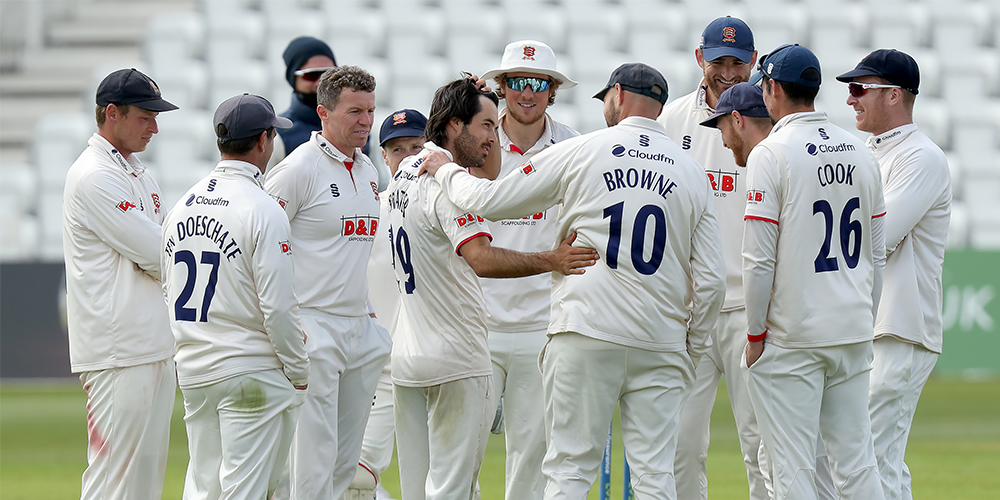 Covid-19 has once again caused havoc in the world of cricket. Recently, the series between India and Sri Lanka was postponed because of the virus, and the England cricket team had to ask a number of their first-choice players to sit out and field a different side against Pakistan. And now, let us add another incident to the list.

The County Championship Group One match between Essex and Derbyshire has been abandoned because of a positive case in the Derbyshire camp. The first day’s play was completed, and the Essex scorecard read 86/3 in the first innings.

The Derbyshire outfit had batted first and was bowled out for a total of 146. Leus du Plooy was the top scorer for the Derbyshire side and scored a 91-ball 43. Shane Snater was the top performer for the Essex side with the ball and scalped 3 wickets.

Health and Safety of the players is the top priority: ECB

The England and Wales Cricket Board (ECB) released a statement that stated that the umpires had decided to abandon the match between Essex and Derbyshire. The ECB statement further added that the Board has worked closely with the Public Health department as well as with Derbyshire and Essex, and the decision was taken keeping in mind the health of the players as well as the officials involved in the match.

“Due to the isolation protocols and impact on Derbyshire’s available playing squad, the umpires have abandoned the match. The ECB has worked closely with Public Health England and both Derbyshire and Essex County Cricket Clubs with the health and safety of players, staff, and officials the first priority,” read the statement from the England and Wales Cricket Board.

Also, all the other players of the Derbyshire squad have been asked to isolate themselves because of a positive case in their camp. The Derbyshire side is currently placed at the last place in the points table in the County Championships in Group 1 and has not even managed to post a single win in 10 matches in the tournament. On the other hand, Essex is placed at the 4th place in the table, after emerging triumphant in 3 out of their 10 games.