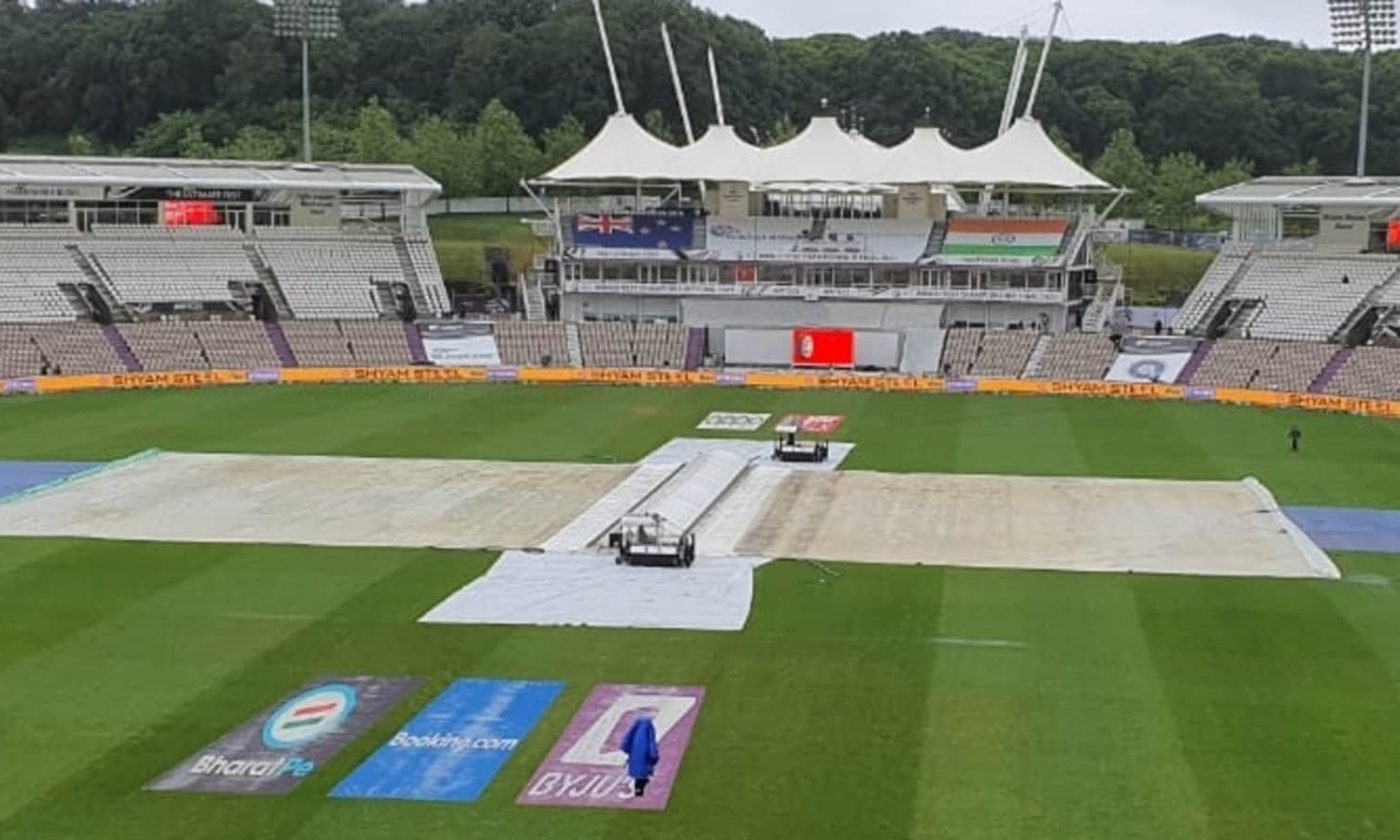 ICC events, England and rain is a match made in heaven. All the build-up and intense anticipation before the mighty World Test Championship turned soggy when the Board of Control for Cricket in India announced that there will not be any play in the first session of the game due to a persistent drizzle at the venue, the Ageas Bowl, Southampton.

“Update: Unfortunately, there will be no play in the first session on Day 1 of the ICC World Test Championship final,” the BCCI tweeted. Denmark Cricket Federation, meanwhile, managed to tickle a few as they cheekily responded to the tweet saying, “Meanwhile its sunny and 28° here in Copenhagen #justsaying”.

Notably, the venue for the WTC final was previously the iconic Lord’s in London. However, Southampton was given the honour to host the historic event due to the famed Hilton Hotel, an in-house facility that provided the management to ensure the various bio-secure requirements with relative ease than any other stadium in the United Kingdom.

Meanwhile its sunny and 28° here in Copenhagen #justsaying https://t.co/tW9oTenvZe

India, New Zealand to be joint champions in an event of a draw or tie

The ICC has kept a provision of a reserve day on June 23, which will be utilized to compensate for the lost time due to rain, bad light, or any other reason.

It has been clarified, however, that only as many overs lost and not completed by the regular modes to compensate – starting the game early and/or delaying the end of the play – will be completed on the reserve day and not the entire day will be used to enforce a result. In an event of the WTC final ending in a draw or a tie, the two participants will be held joint champions with the winning amount split.

The BCCI, meanwhile, named the final playing XI of the Indian team on the eve of the clash, including two spinners, Ravichandran Ashwin and Ravindra Jadeja, alongside three pacers, Mohammed Shami, Jasprit Bumrah and Ishant Sharma. Rohit Sharma and Shubman Gill will be India’s openers and will be followed by Cheteshwar Pujara, skipper Virat Kohli, and his deputy Ajinkya Rahane. New Zealand is understood to name their eleven at the toss, which has been delayed.