Deepak Chahar proposes to his girlfriend during CSK vs PBKS game 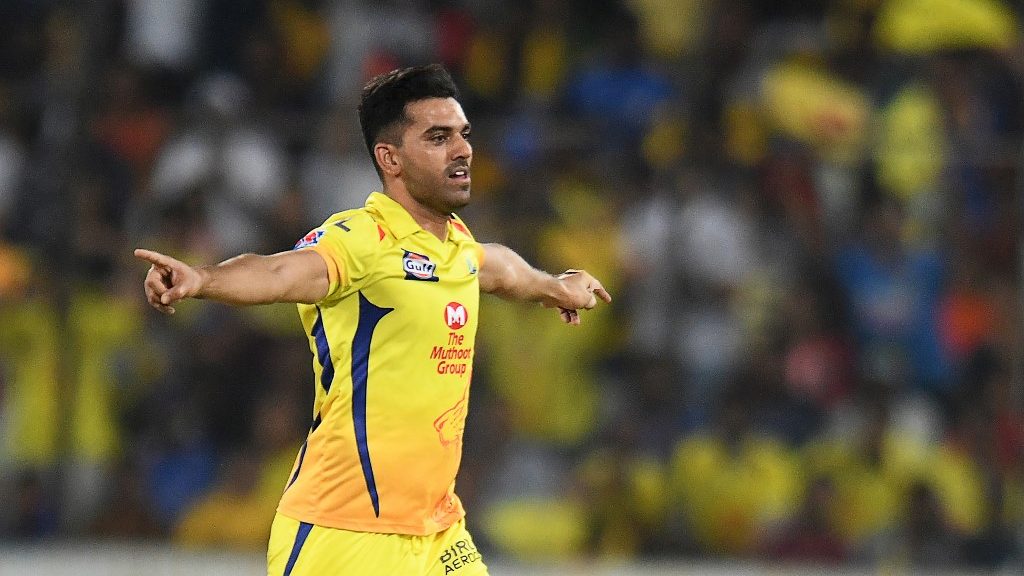 Chennai Super Kings (CSK) were handed a thrashing by Punjab Kings (PBKS) in their final league game. KL Rahul smacked an unbeaten 98 helping his team chase down 135 runs in just 13 overs getting the NRR better than Mumbai Indians (MI). For CSK, Deepak Chahar didn’t have a great day with the ball as he conceded 48 runs in his four-over spell while picking up the wicket of Mayank Agarwal.

However, Chahar made his day memorable off the field proposing his girlfriend after the match. During the game, the pace bowler was seen going down on his knees to propose the love of his life and she said ‘Yes,’ without much delay with the people around applauding the couple.

It must have been one of the best moments for Deepak Chahar as the cricketer was extremely happy after proposing his girlfriend. The video of the same has gone viral on social media even as the fans are eager to know more the lady who was never seen before with the cricketer.

A forgettable day for CSK on the field

While Deepak Chahar made his day the best off the field, CSK didn’t have a great time in the middle. The going was tough for them right from the word go with the bat. Ruturaj Gaikwad got out early while the other batters struggled for them as well. However, Faf du Plessis was the man for them who shone with the bat. He scored a brilliant 76 off just 55 deliveries to help CSK get to 134 runs in their 20 overs.

Many thought PBKS will also struggled with the bat and it was a competitive score. But KL Rahul had different plans as he tore apart the CSK bowling. While Punjab lost three wickets in the chase, Rahul was playing on an altogether different surface it seemed as he smashed seven fours and eight sixes. He looked extremely fluent and remained unbeaten on 98 runs with PBKS chasing down the score easily with seven overs to spare.

Nevertheless, Deepak Chahar stole all the limelight by getting engaged to his girlfriend to leave the fans stunned.